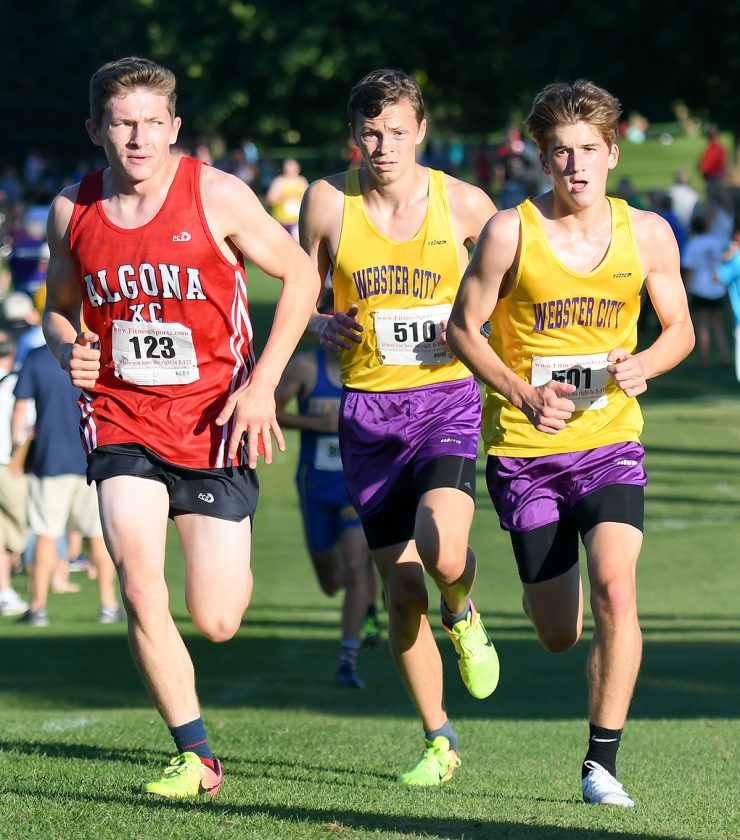 WEBSTER CITY — Coasting in the back half of the pack as he reached the mile mark Tuesday evening, Jacob Willson never gave a hint that he was worried. He certainly wasn’t struggling.

Turns out, the Webster City leader knew exactly what he was doing as he trucked along on his home course. By mile No. 2 he was moving faster, and once he reached the third mile it was game on.

“It was very nerve wracking because I could see (Humboldt’s) Quinton (Orr) and all of them up front, but I just kept telling myself the whole race that I had to wait and be patient,” Willson said. “I decided to go out slower and it paid off in the end.”

Willson’s final mile surge propelled him towards the front and he narrowly missed a top-10 finish as he led WCHS to a strong runner-up finish behind 10th-ranked (Class 3A) Humboldt at the Lynx Invite. 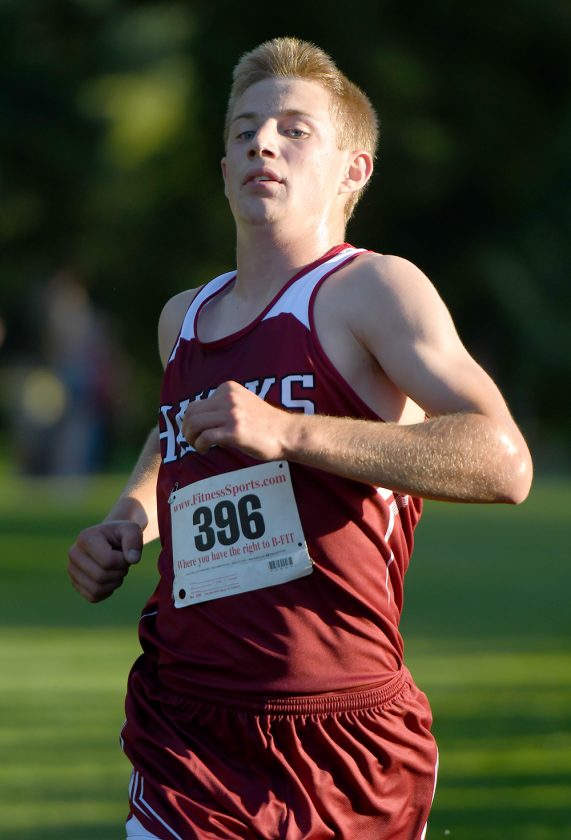 WCHS knows it’s never going to flood the front with individuals, but its pack mentality is a strength. Led by Willson, the Lynx placed all five of their scorers in the top 25 and they were separated by only 65 seconds.

“That’s going to be the biggest thing if we want to make it to state,” Willson said after WCHS scored 82 points to nip third-place finisher Fort Dodge (83) by a single point. “We practiced all summer long trying to stick together. We know our times aren’t super fast at the front, but if we have a lot of guys in the low 18s we know we have a good shot at making it to state.”

Humboldt cruised to team gold with 45 points. The Wildcats’ Quinton Orr, the top-ranked individual (3A) in the state, raced alone en route to the title in 16:30. Teammate Eric Wittrock (17:25) was second, five seconds in front of South Hamilton’s Quinton Grove (17:30).

Willson opted to follow teammates Matthew Perin and Jose Ramirez early on, but went to the front of the pack over the final mile. He pushed up the final incline to finish 11th in 18:22, one place and eight seconds in front of Perin, who was 12th in 18:30. Ramirez, who took it out hard over the initial mile, hung on for 14th in 18:31.

“Credit Jose for taking it out early and making Jacob and Matt chase him down,” WCHS head coach Joe Lambert said. “Jose and Matt brought it home too and that probably made the difference in our scoring. 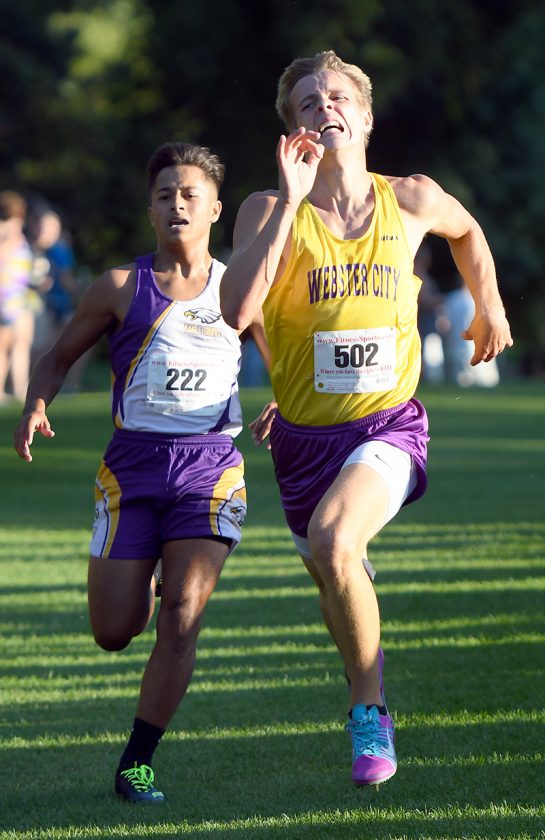 “I was pretty ecstatic when they were reading off the results. Second is essentially the best we could have hoped for, and the kids went out and performed really well.”

Kasey Porter made his own push down the final straightaway and got around Tomas Rolon of Eagle Grove at the finish line to place 20th in 19:07. Cole Reiling finished up the team scoring with a 25th place result in 19:27.

Grove, South Hamilton’s all-state senior, walked off the course in a far happier mood than five days earlier when he struggled at the Gilbert Early Bird in Ames. Grove battled alongside Wittrock for much of the race and coasted comfortably to the bronze medal.

Grove says there’s still plenty of room to grow, but he knows there’s a lot of season remaining to get there.

“I’m definitely not running at my 100 percent where I should be, but I”m definitely working back to where I need to be,” Grove said. “It’s getting back into a routine and it will all click. But from the beginning of the race until the end, I just felt like my normal self.” 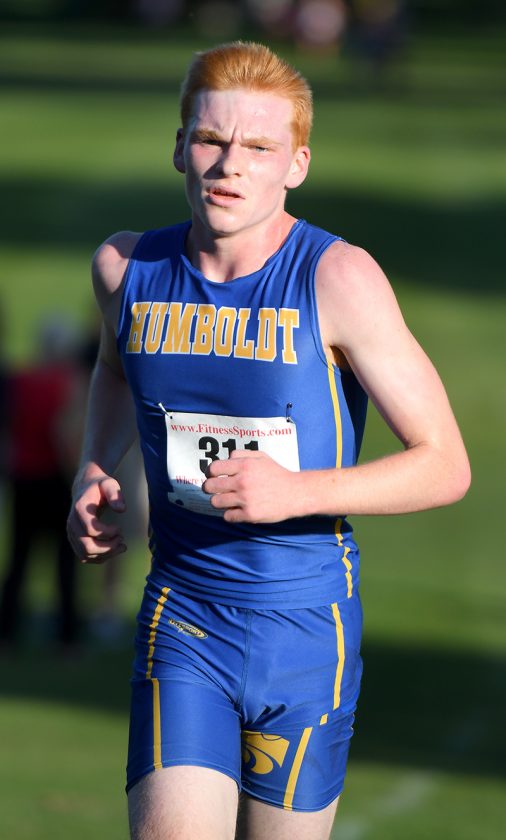 South Hamilton was fourth in the team race with 136 points, a single point ahead of St. Edmond (137). Eagle Grove (149) rounded out the top five.

The Hawks’ Aaron Hegland looked like an honorary WCHS runner as he made his way towards the finish line sandwiched between Perin and Ramirez. Hegland’s 18:31 was 13th overall. 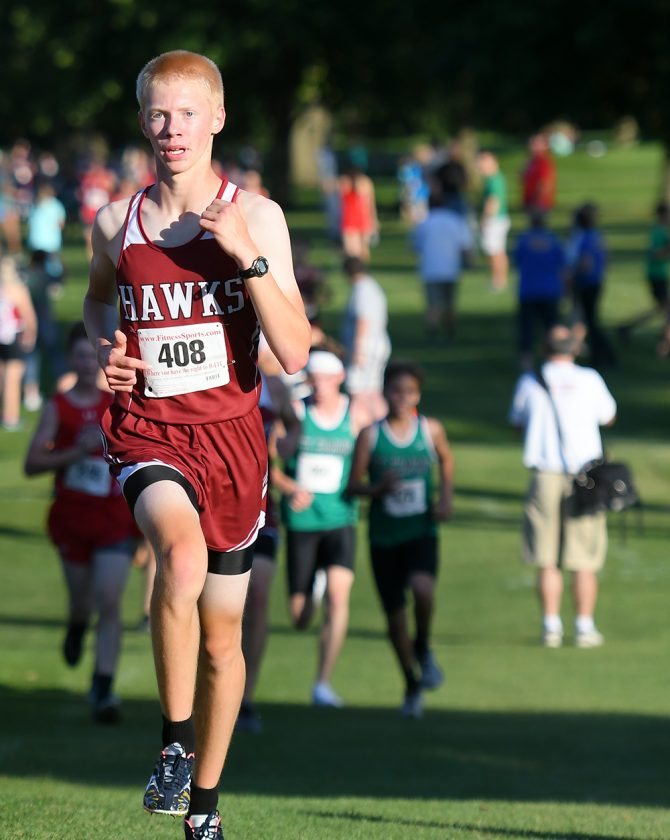