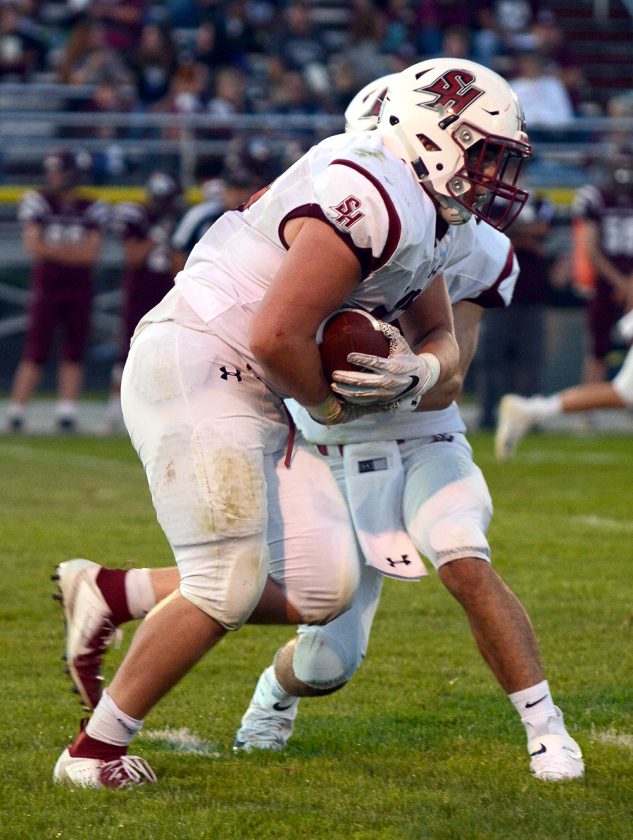 The Hawks will make their 2019 debut at Taylor Field this evening when they host Woodward-Granger in non-district play at 7 p.m.

Beaten and beaten up both mentally and physically, South Hamilton (2-0) will face another steep climb against Woodward-Granger (2-0), which has built its resume on the backs of two other Class 1A District 2 teams — Madrid (50-0) and Ogden (33-26).

The battle of the Hawks went to W-G a season ago, 11-8, and one of the primary thorns in South Hamilton’s side that night will look to by prickly yet again. W-G running back Tate Lettow has 401 yards and five touchdowns through two games and is averaging 8.4 yards per touch. He rambled for 112 yards in last season’s meeting.

But W-G has another capable weapon in the backfield in Kade Polich, who rips off 11.2 yards on average every time he takes the ball. He has 25 carries and a pair of scores through two games.

South Hamilton will attempt to get its own offense in gear following losses to South Hardin (19-14) and seventh-ranked (Class A) Grundy Center (40-6), particularly when it comes to hanging onto the ball. The Hawks have been turnover-prone so far, a trend that will need to change.

Fullback Cade Flaugh has been the workhorse with 196 yards on 35 carries. Halfback Trevor Thompson has 157 yards on 33 totes, but he was injured during the second half a week ago.

South Hamilton has also dealt with injuries to several other key players, including 2018 District 2 defensive player of the year Jeremiah Smith.