SH looks to even its record vs. opponent that has scored just 8 points on season 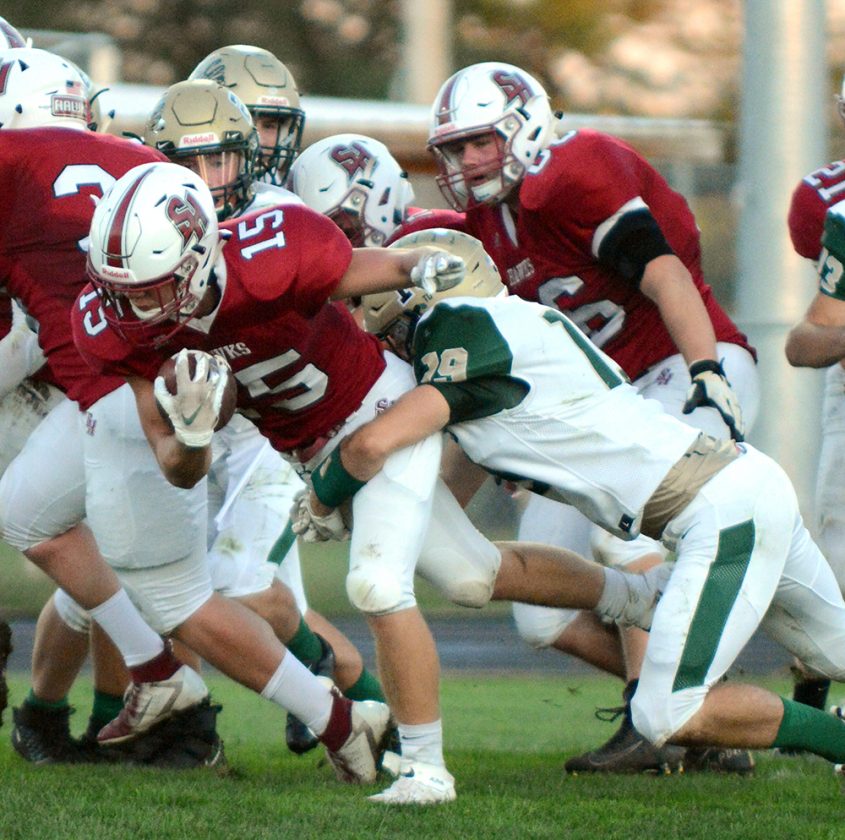 JEWELL — It’s homecoming week in the hallways at South Hamilton and the Hawks will attempt to end it with a celebration at Taylor Field this evening.

Following a 28-14 victory over Woodward-Ganger a week ago, South Hamilton (1-2) will battle for a second straight win this evening when it hosts Manson-Northwest Webster (1-2) at 7 p.m.

The Hawks will face a Manson-Northwest Webster offense that is still searching for its identity. Coming off back-to-back 31-0 losses to Panorama and Pocahontas Area, the Cougars have just one touchdown this season — a Week 1 scoring pass from quarterback Austin Anliker to wide receiver Carson Collins in an 8-6 win over Ogden.

But Manson-Northwest Webster has yet to establish anything on the ground, which could work to South Hamilton’s advantage. The Cougars have just 232 rushing yards through three games, or put it another way — 71 less than what Hawks’ fullback Cade Flaugh has churned out by himself in the early stages of the season.

Flaugh leads a beat-up South Hamilton backfield with 303 yards and a pair of touchdowns. Halfbacks Brock Galetich and Lane Swenson are also capable runners. The status of Trevor Thompson, one of the team’s starters in the backfield in the initial two games, is unknown. He sat out last week’s win with a high ankle sprain.

South Hamilton quarterback Freddie Lewis had his best outing against Woodward-Granger. He’s completed 10 of 31 passes for 215 yards and two TDs on the season.