Gidel makes it 3 for 3 at The Links; Ervin leads SH, Crutcher WCHS 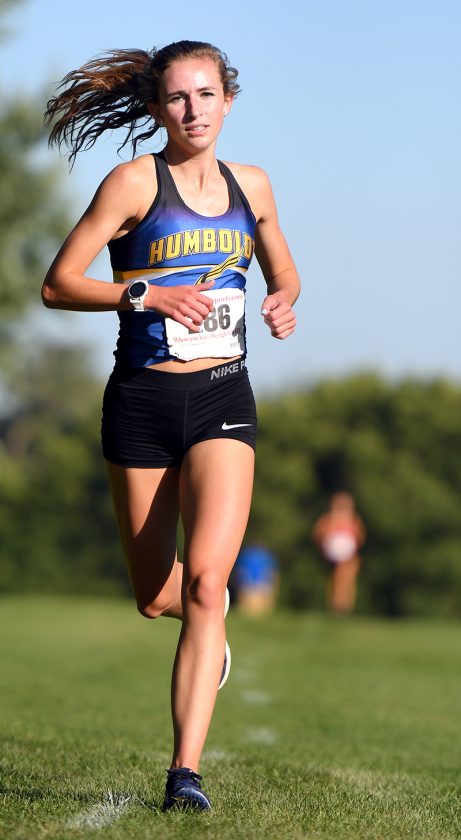 WEBSTER CITY — Bryce Gidel opted to go it alone Tuesday evening, running without the neon yellow Nike headband that has become her trademark for the first time in three outings at The Links.

It didn’t matter. With or without the headband, the Humboldt star shined brighter than the rest of the field by a country mile.

Just five days removed from the first regular season loss of her career, Gidel, a senior, returned to running by herself en route to her third Lynx Invite title in three career tries. She was comfortably at the front of the large field by the time the competitors raced back in front of the patrons for the first time and the gap only widened as the miles ticked off.

One would think a dominant win would be satisfactory. But ever the perfectionist, Gidel found plenty of problems with her performance. 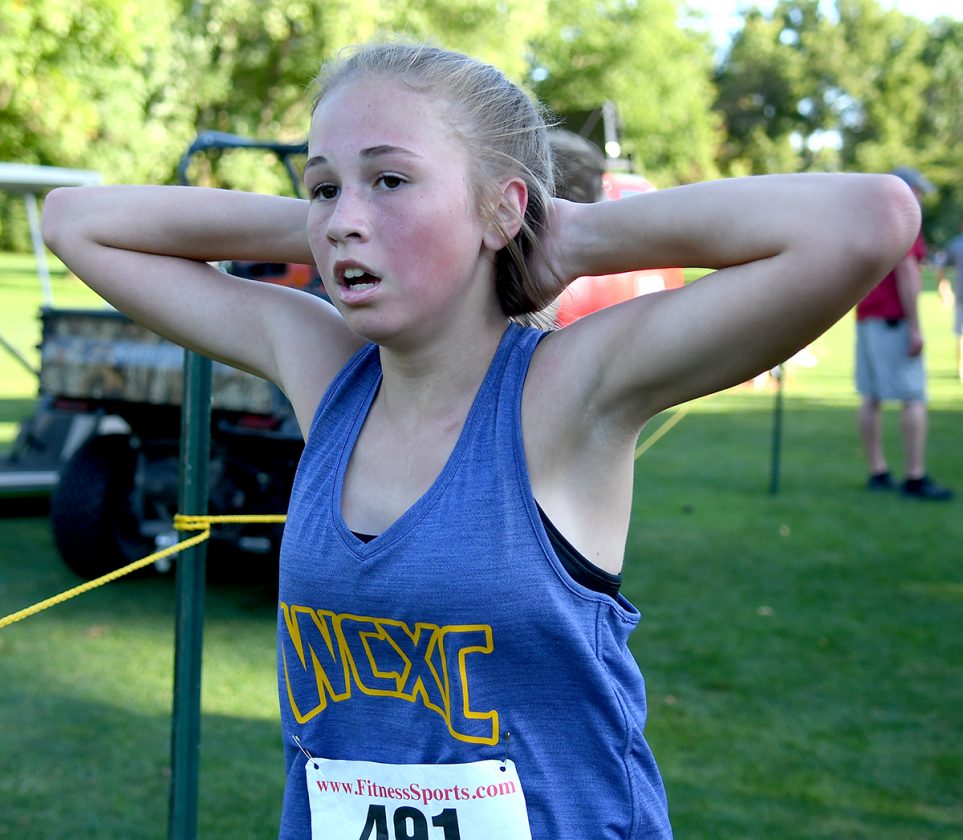 “I kind of just felt tight and not really in my groove, but I kept pushing and trying to catch the (lead) cart,” Gidel said. “I have to get in the mindset of racing the clock and not the girls.”

Gidel made a gigantic splash in her 2016 debut at the Lynx Invite when she set a meet record. She lowered her record to 19:39 a year later. The only thing that stopped her from being a four-time meet champion was Mother Nature, who washed out the 2018 invite.

But Gidel’s senior season began with a hiccup at Maynes Grove in Hampton last Thursday when Iowa Falls-Alden’s Ellie Meyer clipped her. But that loss only served as fuel on Tuesday.

“It was really frustrating going down, but Ellie ran a good race and I have to give her credit for that,” Gidel said. “I’m definitely using that as motivation.” 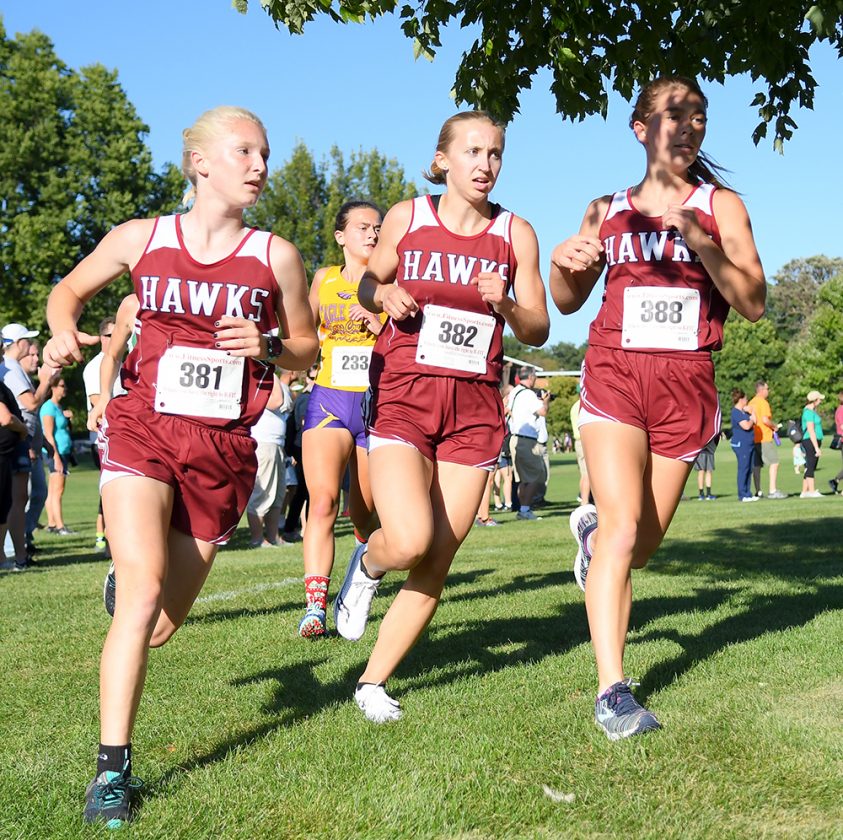 South Hamilton (122) and Webster City (175) held down the sixth- and seventh-place positions, respectively.

Abby Ervin, Paige Doolittle and Anna Lammers strode around the first quarter of the course together for South Hamilton and they continued to run in the top half throughout.

Ervin eventually pushed the pace and vaulted into the top 10 by the time she reached the final half-mile. She sprinted the final 100 meters and crossed in 23:00 to take 10th. Doolittle hung inside the top 20 and finished in 23:53, good enough for 19th, while Lammers was 29th in 24:42.

“Abby, Paige and Anna had a really great pack throughout the race,” South Hamilton head coach Emily Bochmann said. “Most of our runners cut a minute and a half to two minutes off their times from (last Thursday’s Gilbert Early Bird), so it was a lot closer to where we wanted to start our season.” 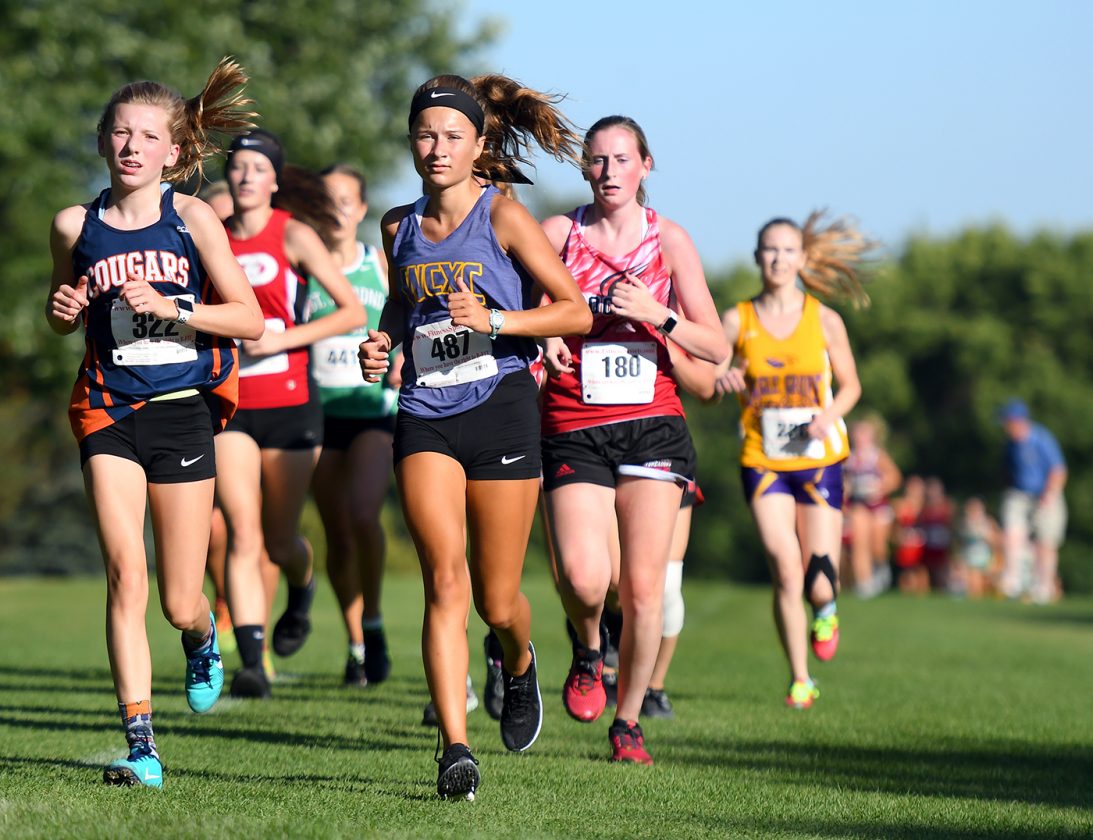 Jacie Crutcher was again the lead runner for WCHS, which had just five girls complete the race. Crutcher pulled away from her teammates in the first mile and maintained an even pace on her way to a 15th place result in 23:29.

“Jacie is holding her own and one of these days she’s going to break one loose,” WCHS head coach Joe Lambert said. “Up and down the roster, we raced about where I expected we’d race.” 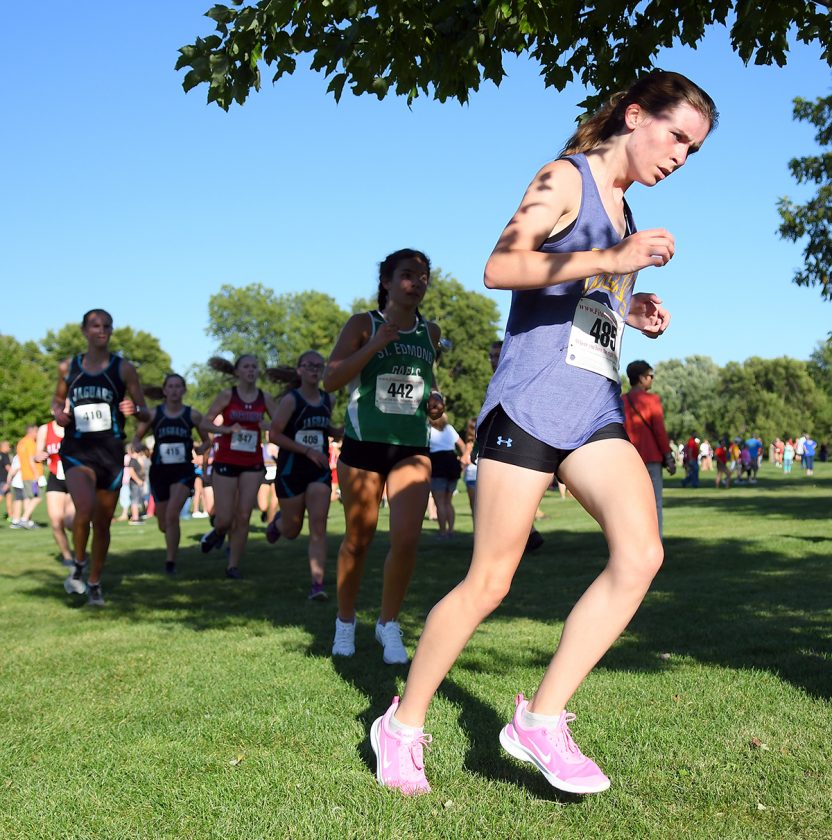