Lynx stars both on Class 3A 2nd team 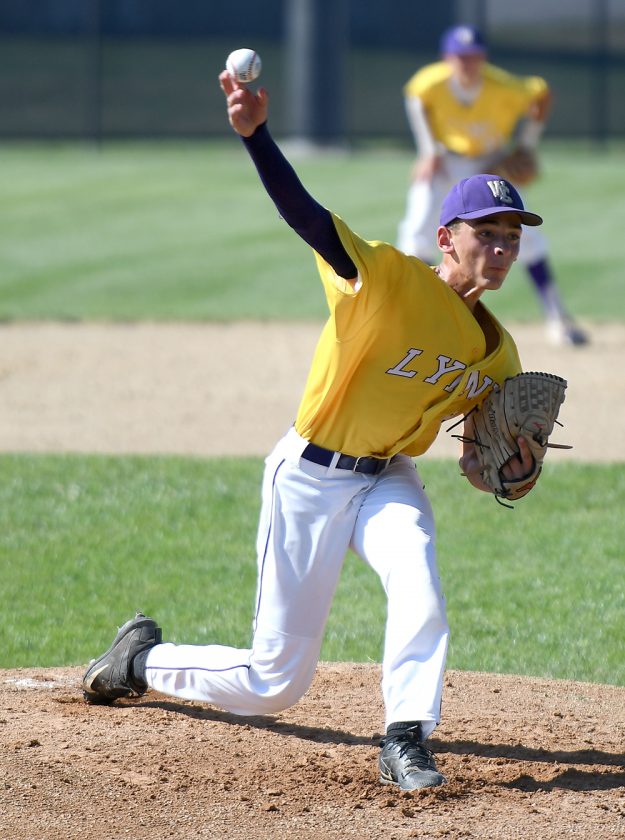 WCHS sophomore pitcher Tyler Olson has been named to the Class 3A all-state second team by the IPSWA. DFJ photo/Troy Banning

WCHS sophomore pitcher Tyler Olson has been named to the Class 3A all-state second team by the IPSWA. DFJ photo/Troy Banning

WCHS senior Dylan Steen has been named to the Class 3A all-state second team by the IPSWA. DFJ photo/Troy Banning

WCHS sophomore Tyler Olson (3) is congratulated by Lynx head coach Adison Kehoe at third base during a home game this summer. Olson thrived on the mound, in the field and at the plate during the 2019 season. DFJ photo/Troy Banning

WEBSTER CITY — Dylan Steen put a face on the program, one that could provide stability and respect for a team that, quite frankly, looked like it was going to battle through a rebuilding season.

Tyler Olson was the secret weapon, someone who head coach Adison Kehoe knew was destined for stardom long before everyone else.

The veteran and the breakout, two talents that catapulted the Webster City baseball team to its first 20-win season in more than two decades and its second North Central Conference championship in the last three years.

They did the work. And now they’re reaping the rewards.

Following unanimous all-conference and all-district honors, today Steen and Olson join an elite list of talented players from across Iowa by being named all-state in Class 3A by the Iowa Print Sports Writers Association. 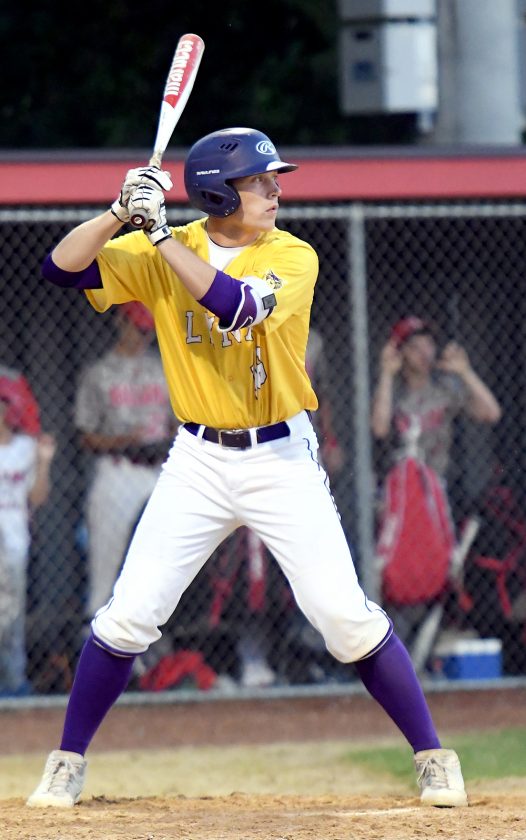 WCHS senior Dylan Steen has been named to the Class 3A all-state second team by the IPSWA. DFJ photo/Troy Banning

Both players were placed on the second team. Olson, a sophomore, made the cut as a pitcher, while Steen, a senior and now two-time all-state baseball player, was a utility selection due to his versatility as a pitcher, infielder and outfielder. Steen even made an appearance behind the plate during his final season in a Lynx uniform.

“Both kids, as a coach you really don’t realize how much they accomplished until after the season, but they are two of the faces of Webster City baseball,” Kehoe, the Lynx skipper, said. “Dylan has always been one of the best, if not the best, position players in baseball and in all sports. He’s very natural at everything he does. Tyler has also always been very natural and he’s ready to take that crown and lead the program.”

Steen, a two-time first-team all-state safety on the football field, was also a second-team selection as a utility player following his junior season. And what did he do for an encore? He was an even better player and he added leadership qualities that made WCHS the surprise of the conference.

Steen ranked second in 3A in hitting with a .495 average. Batting anywhere from first to third in the Lynx lineup, he cracked 50 hits, 14 of which went for extra bases, and drove in 27 runs. He also scored 29 runs and was a perfect 20 for 20 on stolen bases.

And he did it all while seeing very few quality pitches to hit. Fastballs over the plate were few and far between, but he still found a way to put the ball in play and reach base. 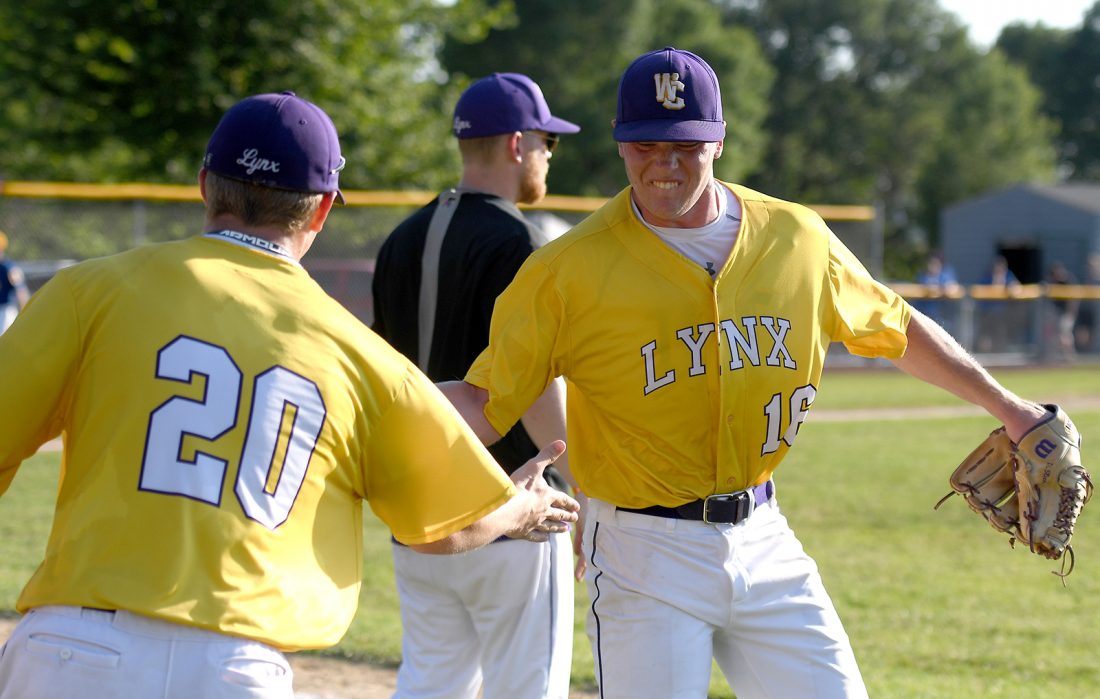 “Dylan was the go-to guy as far as the team captain with the young group we had this year, and this is just the beginning of many things that will be fun to watch with him,” Kehoe said.

Steen, who will play football this fall at Wartburg College, continued to be a solid contributor on the mound as well. After dropping his first two starts of the season, he won six of his final seven and put up a 1.71 ERA with 78 strikeouts in 45 innings of work. Opponents hit just .153 against the hard-throwing right hander, who could push his fastball past 85 mph.

As dominant as Steen could be on the bump, it quickly became apparent that Olson would be the No. 1 guy on the WCHS pitching staff. In just his second start of the campaign, Olson tossed a 64-pitch no-hitter that included 51 strikes and nine strikeouts against Greene County. In half of his 12 starts, he allowed two hits or fewer.

“Tyler was our go-to guy when we needed a win, without hesitation,” Kehoe said. “As a sophomore, you saw when he needed to make a pitch or get a strikeout, he rose to the occasion.”

At 11-1, Olson shared the 3A wins lead with first-team pitchers Bryson Bastian of state champion Cedar Rapids Xavier and Rick Atkins of state semifinalist Marion. Olson’s 102 strikeouts ranked fourth; he was also fifth in innings pitched (712⁄3) and his ERA (0.68) was the fourth-best among 3A pitchers with at least 40 innings under their belts. 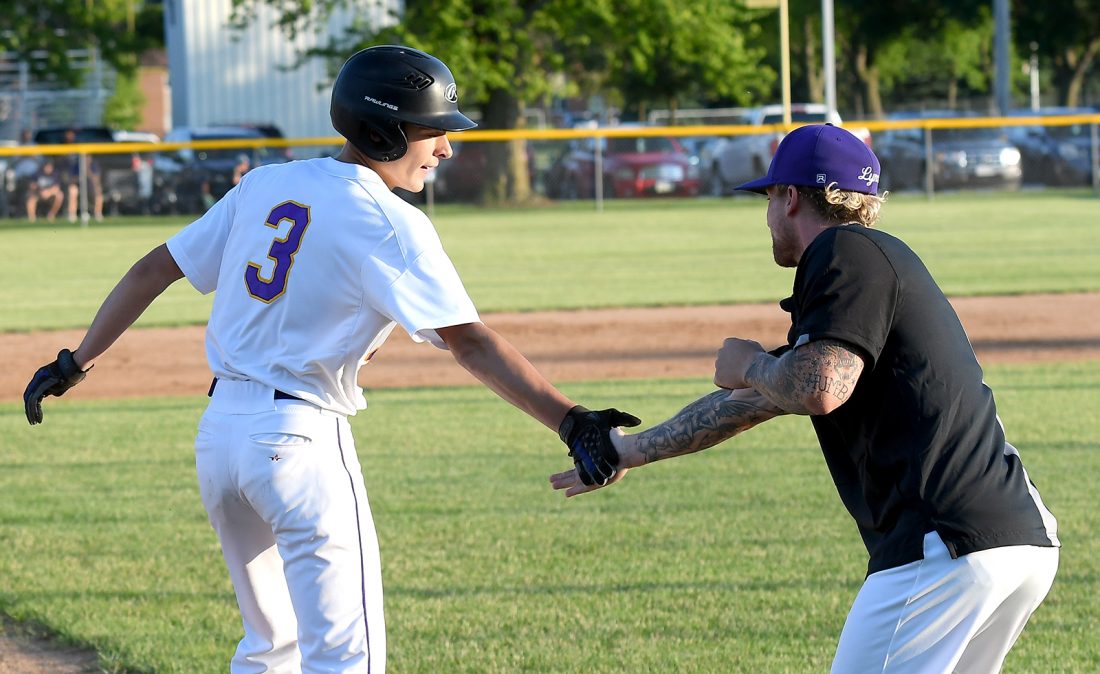 WCHS sophomore Tyler Olson (3) is congratulated by Lynx head coach Adison Kehoe at third base during a home game this summer. Olson thrived on the mound, in the field and at the plate during the 2019 season. DFJ photo/Troy Banning

“We were a team this year with two legitimate aces on the staff,” Kehoe said of Olson and Steen. “Everybody knew what Dylan could do, but I told Tyler (before the season began) that no one knew anything about him and he had an opportunity to stay quiet and let his play speak for itself. From his first win to his 11th, he never wanted the recognition. He was always a team-first guy, but he also knows how good he is and how good he can be.”

Like Steen, Olson left an impression with his glove and his bat. Olson made more than a few dazzling defensive plays at shortstop when he wasn’t on the mound, and he also hit at a .384 clip with 38 knocks, including nine doubles, and 17 RBIs.