Unstoppable in May, Stoakes caps freshman year with all-state honor 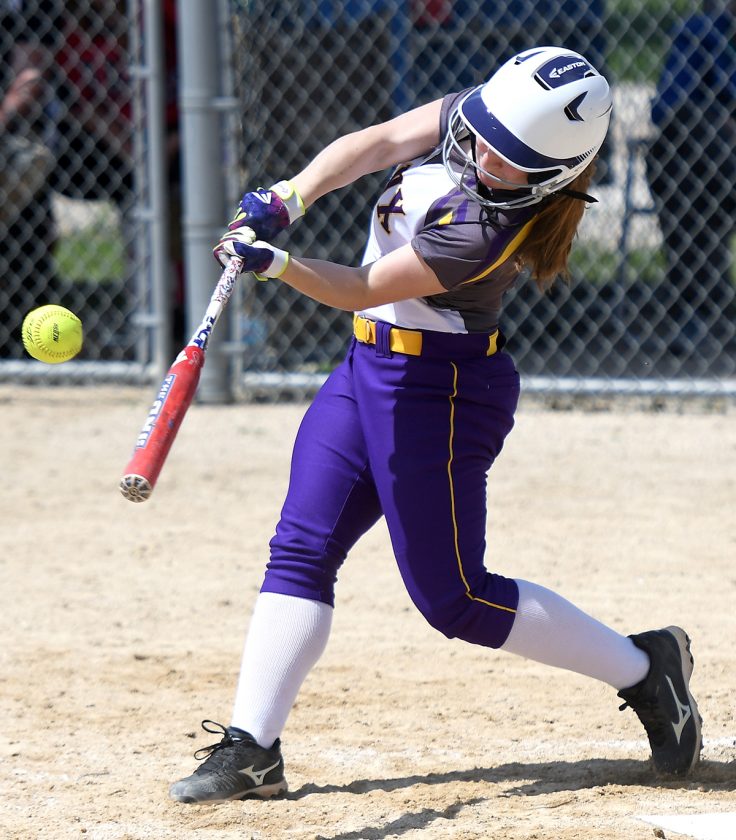 WCHS freshman Kelly Stoakes jumps on a pitch and belts an RBI base hit against Greene County back on May 25 in Ogden. It was part of a 3 for 3 performance that included a home run and five RBIs, just par for the course for Stoakes in May. She was recently named to the Class 4A all-state second team by the Iowa Girls Coaches Association. DFJ file photo/Troy Banning

WCHS freshman Kelly Stoakes jumps on a pitch and belts an RBI base hit against Greene County back on May 25 in Ogden. It was part of a 3 for 3 performance that included a home run and five RBIs, just par for the course for Stoakes in May. She was recently named to the Class 4A all-state second team by the Iowa Girls Coaches Association. DFJ file photo/Troy Banning

WEBSTER CITY — One great game turned into two and then into three. Everyone started to take notice by game No. 4, and one outing later the wow factor had been replaced by a certain expectation.

It was a lot to hoist on the shoulders of someone so young, but Kelly Stoakes handled all of it just fine.

On the strength of arguably the best start to the season of any player in the state regardless of class, the Webster City freshman snagged a Class 4A all-state second team honor from the Iowa Girls Coaches Association late last week.

Of the 40 players selected in 4A, Stoakes was one of just three underclassmen, joining first-team eighth-grader Jena Young of Winterset and second-team freshman Hannah Simpson of Fairfield.

“She had a tremendous season offensively, and defensively she was a very sound player in the outfield for us,” WCHS head coach Jess Howard said of Stoakes, who first jumped into the Lynx starting lineup as an eighth grader in 2018. “She’s a tremendous athlete.” 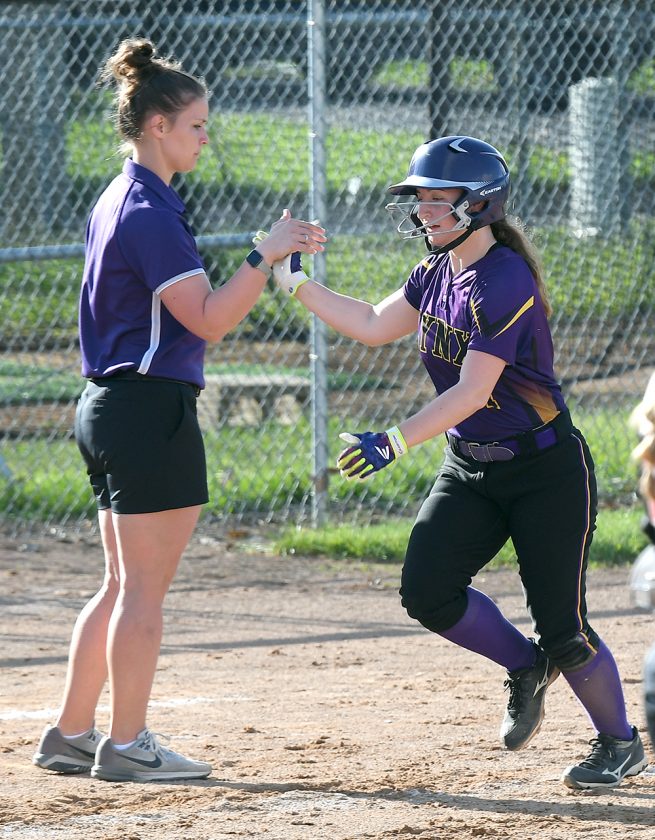 It was all about May for Stoakes. By the time June rolled around, coaches began to figure it out and quickly altered their game plans to avoid as much danger as possible whenever Stoakes stepped into the batter’s box.

During the opening seven games of the season, stretching from May 20 to May 31, Stoakes hit .815 (22 for 27) with four doubles, one triple, two home runs and 10 RBIs out of the lead-off spot in the order. She hit safely in 10 consecutive at bats to kickoff the campaign, grounded out on her 11th bat and then rattled off three more consecutive hits.

At the time, Howard attempted to downplay Stoakes’ start, but inside she knew what she was witnessing wasn’t normal.

“During the first two games you kept waiting for her to have a hit that didn’t go where it was supposed to go, but it just kept going,” Howard said. “It was amazing to watch and it got to the point where she went 3 for 4 and you wondered what happened. It turned into an expectation.”

Stoakes never necessarily cooled off, but it would have been impossible for any player to continue on such a torrid pace. Opposing pitchers also began to work around her, which sometimes grew frustrating.

“I know it bothered her to get walked, but she’s also got to see that as a compliment,” Howard said. “There was never a time where she was having a slump by any means … she made the most of the pitches she was given. There were numerous coaches after games that said they didn’t know where to put the ball against her.”

Stoakes’ final batting average of .521 was the fifth-best in 4A, and her on base percentage of .583 ranked fourth.

She led WCHS in batting average, hits (49), doubles (12), walks (12), on base percentage and slugging percentage (.734). She was second on the team in home runs (2) and RBIs (21), and she did it all while striking out just six times, tied for the lowest amount among the Lynx starters.

Stoakes made it all look like it came so natural as well. Some of it is simply her God-given athletic ability, but the swing from the left side of the plate is the product of plenty of practice. Naturally right-handed, Stoakes’ mom, Kim, had her and twin brother Devon batting from both sides of the plate by the time they were 9.

Stoakes also spends plenty of time at her family’s hitting facility, Diamond In The Rough, but it’s not an obsession. She plays volleyball and basketball as well, and during those seasons she moves softball to the sideline.

“She’s got a tremendously busy schedule playing three sports and keeping up with her school work,” Howard said. “She’s definitely learning how to prioritize her time, but she hones in on the fundamentals and she does the little things correctly to make sure that big things happen for her.”

Stoakes was also a unanimous first-team all-North Central Conference selection and a 4A all-district pick by the IGCA.

With Stoakes as the offensive catalyst, WCHS put together a 21-7 season that included a runner-up finish in the conference. The Lynx jumped into the 4A rankings by late June and entered the postseason at No. 15.