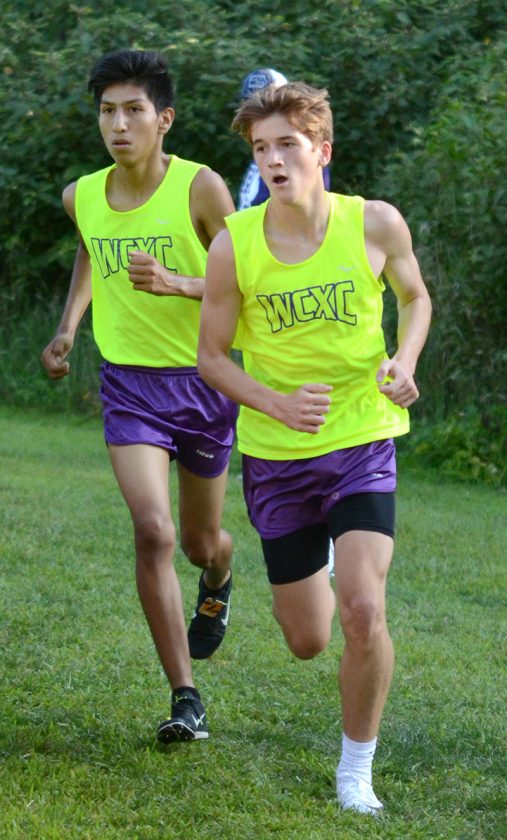 The newest member of the Webster City boys’ squad raced alongside Jacob Willson at the front of the team’s pack and wound up as the leader at the Marshalltown Early Bird. Not a bad debut at all.

“To have him come along and perform that well on his first night out, it’s just a really sweet surprise,” WCHS head coach Joe Lambert said of Perin. “I’m glad he’s taken his role on the team with that kind of seriousness and confidence.”

Perin and Willson placed 16th and 18th, respectively, as they guided the Lynx to 111 points and a fourth-place finish behind three Class 4A programs — Southeast Polk (31), Urbandale (40) and Ottumwa (97) — in the eight-team field.

The Lynx top six runners went stride for stride over the opening mile and finished with a one-minute gap — a welcome sight on opening night. 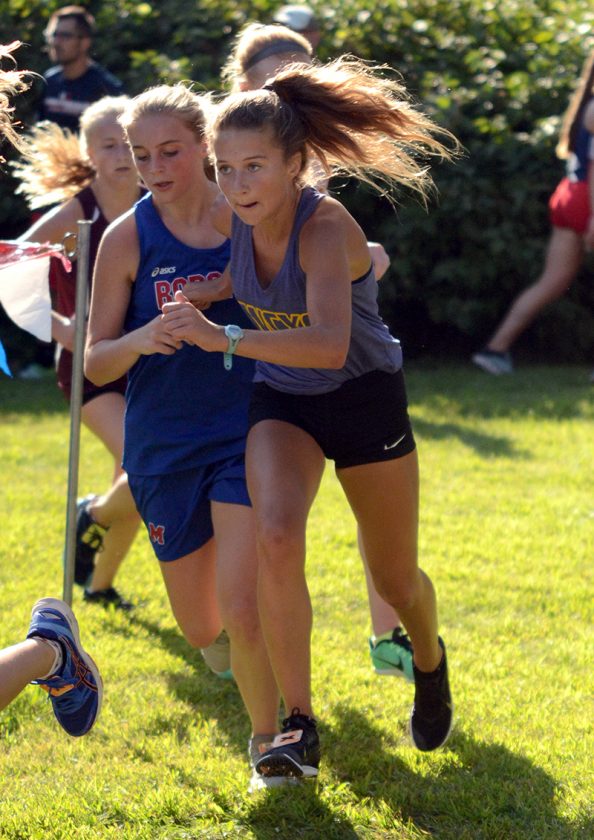 Perin and Willson eventually pulled away from their teammates and stayed in contact until just 100 meters remained. Perin had a little extra left in the tank and sprinted to the finish line in 18:27, five seconds in front of Willson (18:32).

“Those guys ran really well together,” Lambert said. “It was just a matter of who had the foot speed and Matt had it (yesterday).”

Down two of its starters — sophomores Livia Taylor and Jenna McKinney — due to injuries, the WCHS girls’ crew sat at the back of the field with 200 points. Ottumwa (44) nipped Des Moines Roosevelt (45) for the team crown.

The absences thrust freshmen Emma Peck and Ella Hansen into the lineup.

Sophomore Jacie Crutcher led the way for WCHS with a 29th place finish in 23:57. It was nearly 21⁄2 minutes before the Lynx had another runner finish, that being Kaelyn Butz (40th) in 26:24.

“Comparing this year’s times to last year, we’re coming in at a better place,” Lambert said of his girls’ team. “Jacie was a minute and a half ahead of where she was last year.”

WCHS will be at The Links on Tuesday to host the Lynx Invite at 5 p.m.