From my family to all of you, Thank You! 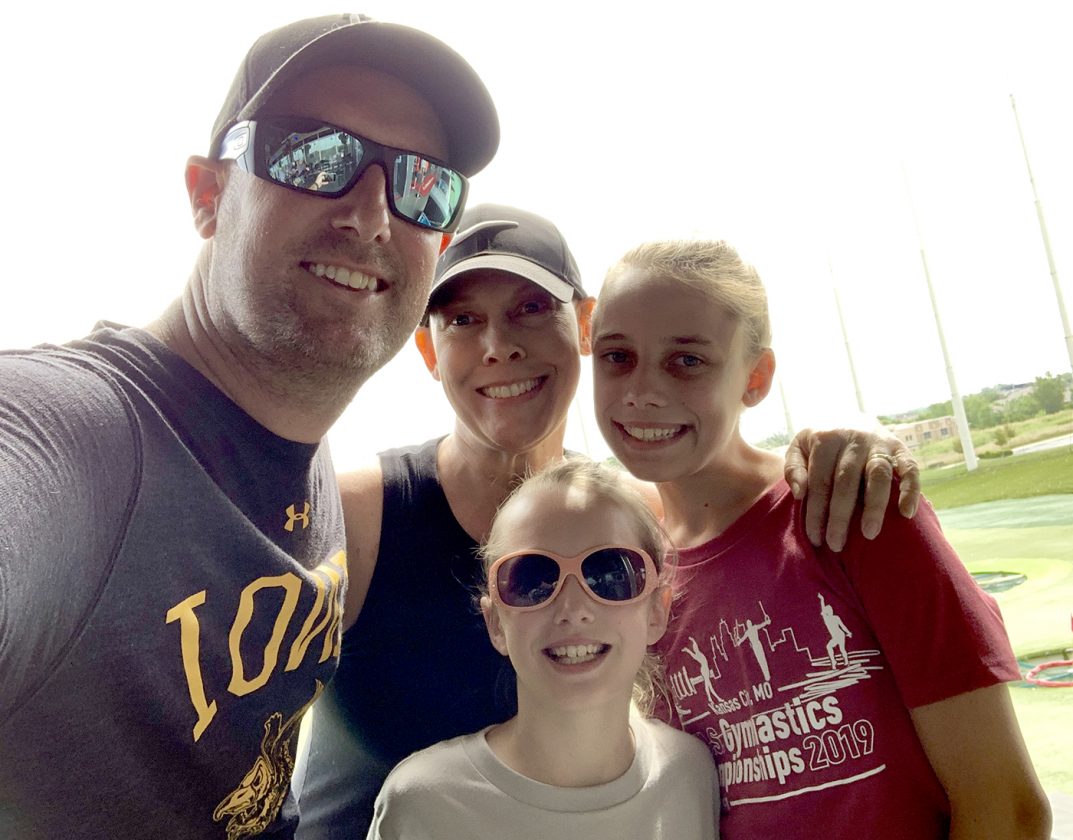 The Banning family — Troy, Kelly, Taylor and Brooklyn — thank all of you for your kindness and support during this time in our lives. It will never be forgotten.

I’d like to tell you a story, one that will perfectly incapsulate why I have called Webster City my work home for the past 19 years and 11 months.

Drake Doering, you are that story and I hope it’s OK that I tell it now.

It was Drake’s idea to organize a golf benefit for my family to help us with my wife Kelly’s battle against breast cancer, and his was the first face I saw when we got to the Webster City Links on a brilliantly beautiful Sunday eight days ago. There he was, standing at the top of the hill as you entered the grounds, directing traffic.

His face was the last we saw as well, many hours later when it came time to say our goodbyes to the many volunteers. The WCHS senior-to-be walked up to me, his cheeks red and his eyes wet, to thank me for allowing him to be a part of the day.

This kid is just too good to be true.

Drake left my side and walked over to Kelly, those same tears still in his eyes as he wrapped her in hug. He’d never met my wife until that day, but he’d spent pieces of his summer helping to plan what turned out to be a perfect day for who I think is a perfect woman.

His interactions were genuine, his emotions heartfelt. Even typing this now, my own tears are spilling onto my cheeks, the memories of his kindness burned into my soul forever.

In all, 21 student-athletes at WCHS played roles in the benefit, behind the scenes during the planning stages and during the golf tournament. Some took photos, some worked games, some played in the tournament.

Guys and gals, I don’t know what to say to you other than, from the bottom of my heart, thank you. This is something we never would have expected, but we are oh-so appreciative. So often we hear tired cliches that deride the youth of today, but those cynics would have been silenced for good had they been in attendance last weekend.

I owe you everything.

There were plenty of other volunteers as well, parents and community members that stepped in and did anything and everything. And then there were the local businesses — so many businesses — that offered their support with donations.

It’s all so overwhelming and it leaves me feeling like there is nothing I can write that will adequately explain how much it meant to my family.

I’m so thankful I came to this community all those years ago. I’m so thankful you all embraced me like one of your own. Truthfully, there’s nowhere else I would rather work.

I don’t wish the agony of cancer on anyone, but I wish everyone got to experience what we did a little more than a week ago. To be wrapped in the arms of an entire community, to know that we have all of that support, were the greatest gifts we could have received. It made us feel like we could climb any mountain, beat any opponent.

And that’s exactly what we intend to do.

In so many ways, this has been the worst summer of my life, one filled with chemotherapy sessions, countless appointments with doctors, and more nights than I care to share staring into darkness and wondering what fate will ultimately hold for Kelly and our family.

But in some ways, it’s also been one of the best, most memorable summers I’ve experienced. I’ve been allowed to watch from the front row what small-town Iowa humanity is all about.

It began in the middle of June when the South Hamilton softball and baseball teams celebrated my wife’s fight. Originally scheduled for a Tuesday, the benefit had to be pushed back four days due to heavy rain, and it continued throughout the night in the hours leading up to the Saturday morning softball tournament.

South Hamilton Athletic Director Todd Coy will probably never be honest with me, but I know that tournament would have been cancelled had it not been for the benefit. The number of hours he spent getting water off the field in order to make it playable would likely cause me an emotional breakdown.

#KELLYSTRONG t-shirts, I had to quickly collect myself. And there aren’t many days that go by where we don’t see at least one person walking around in one of those shirts.

The WCHS softball team flawlessly pulled off another benefit just a few weeks later in early July. Dressed in pink Lynx shirts in honor of my wife, the team buried Forest City quickly before it pulled out the red carpet for my family. Head coach Jess Howard spent more than a month working on things and it couldn’t have gone better.

Jess, someday I’ll be able to verbalize how much your thoughtfulness meant to my family without my voice cracking and my lip quivering.

Real quick though, I’d just like to point out that the South Hamilton baseball and softball teams, as well as the WCHS softball team, were a combined 5-0 in jerseys dedicated to my wife. Yes, I kept track and, yes, that made me smile.

So many of you have asked about Kelly with genuine interest and emotion in your voices, so I’d like to leave you all with an update.

In short, my wife is the most amazing person on this planet. Am I biased? You bet, but that doesn’t mean I’m wrong.

Kelly has already tackled 10 rounds of chemo (six to go!) and has missed just one day of work, that on doctor’s orders after the drugs briefly wiped out her immune system. She still gets up at 4:30 a.m. and is at the gym by 5 a.m. five days a week, and that includes the mornings of chemo and the mornings after as well.

I have no idea how she’s doing it. I just know she’s so much stronger than I could ever be on my best day.

If everything goes according to plan, Kelly’s final round of chemo will be on Sept. 18. Surgery is scheduled for Oct. 10, which means I’ll miss a WCHS football game for just the third time in my two decades at The Daily Freeman-Journal. Something tells me I’ll be forgiven.

I pray that Kelly’s scans come back clean following her final round of chemo. I pray that surgery is successful and I pray that a year from now this is nothing more than one chapter in a long and otherwise happy book about our lives.

My wife deserves that happiness and peace of mind. Our two daughters, Taylor and Brooklyn, do too. And if we get it, just know that you all played pivotal roles.

You’ve helped to keep Kelly alive. You’ve lifted our spirits at times when I didn’t think that was possible.

And we’ll never forget it.