Man In Command: Steen no-hits Cowboys for 2nd time in his career in 5-inning masterpiece

Olson pulls off the spectacular at shortstop to help out his pitcher; Lynx with 7 hits in rout 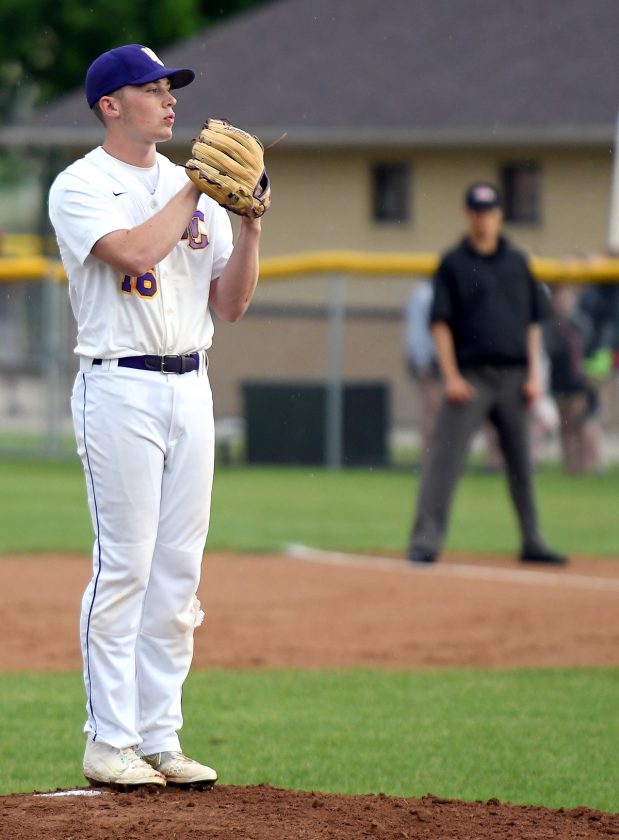 WEBSTER CITY — It was Javy Baez-esque, an instinctual, athletic play that, quite frankly, not a lot of 15- and 16-year-old kids can make.

Poetry in motion, that was Webster City shortstop Tyler Olson in the first inning at Lynx Field Wednesday evening. And by game’s end, his captivating moment meant even more in his team’s 12-0, 5-inning beatdown of North Central Conference rival Clarion-Goldfield-Dows.

With two outs and runners at the corners in the top of the first, Cowboys’ No. 5 hitter Cael Chase hit a hard bouncer in the hole between short and third. Olson moved towards the ball, slid and attempted to backhand it before it reached the grass. He was able to knock the ball down and after briefly fumbling it, he turned and fired all the way across the diamond towards first. Oh, he did it from one knee.

Chase was out by a whisker.

Inning over. And cue the gasps. 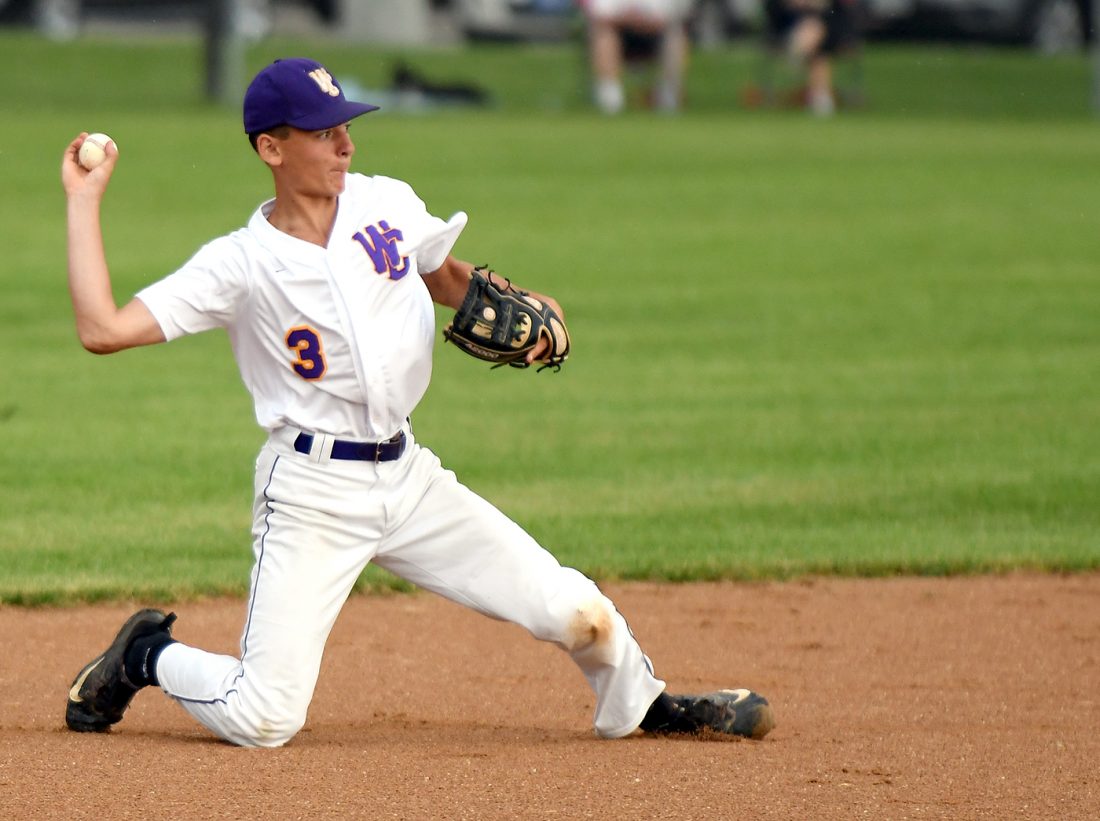 “I thought it was pretty close at first and probably could have gone either way, but it went in our favor so that was pretty good,” Olson said afterwards. “I never practice that throw. I didn’t even realize I threw it until I did. It just kind of happened.”

Why was Olson’s wizardry so important? Even though it was early, it preserved the first no-hitter of the season for WCHS senior pitcher Dylan Steen, who allowed only three baserunners on two walks and a hit by pitch.

And you better believe Steen liked what he saw from Olson, who also made a nice play on a ball hit up the middle by Nate Rapp in the fourth inning.

“It was an awesome play,” Steen said of the inning-ender in the first. “I love watching the underclassmen make great plays because I know they’re going to make those from here on.”

Steen blended his overpowering fastball with a biting curve to plow through the Cowboys (6-14, 4-8 NCC). He struck out the side in the second and retired 10 consecutive batters before he plunked Caleb Krueger to open the fifth frame. 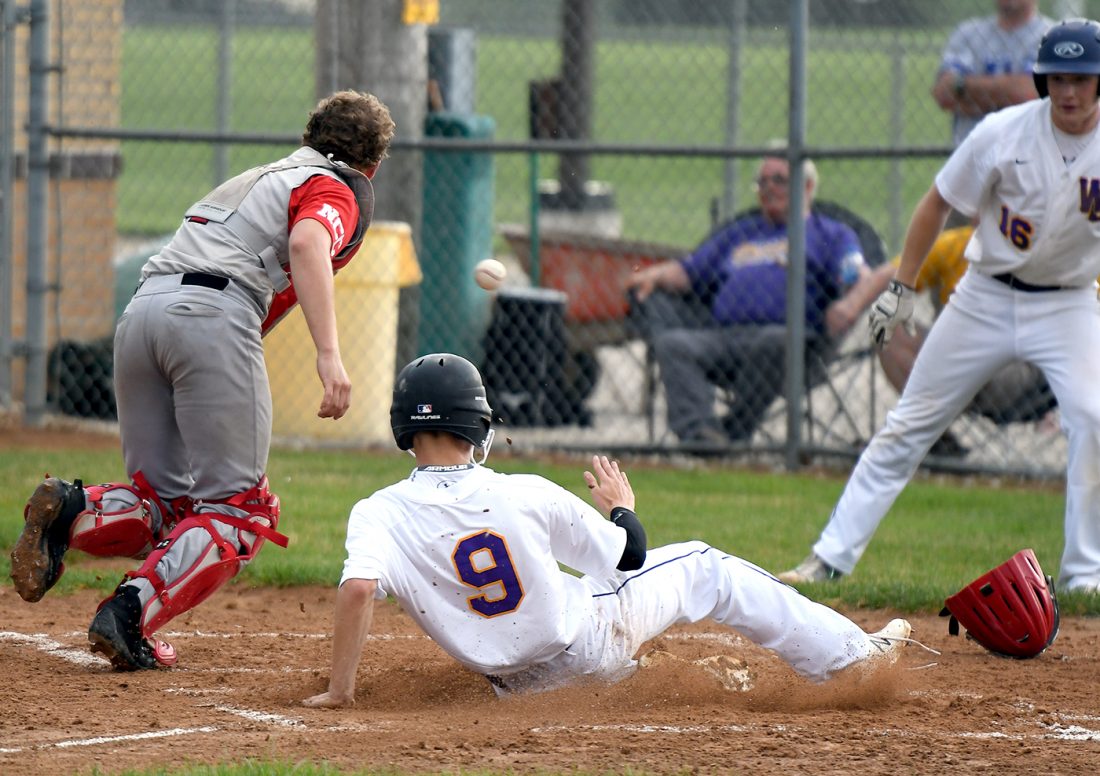 A nearly 90-minute delay prior to the start of the game because of the weather didn’t help Steen’s preparation, but he quickly found his groove.

“It was weird because I warmed up twice,” Steen said after striking out nine en route to his sixth consecutive win on the bump. “But by (the second inning) I felt loose and comfortable and I like it when there’s a little moisture on the ball because it’s a perfect feel for my curveball.”

Chase was robbed of a second hit in the fourth inning and this time it was Steen taking care of it himself. Chase hit the ball hard once again, but Steen made a backhanded lunge stop and quickly fired to first for the out.

WCHS (16-7, 9-1 NCC) scattered seven hits and took advantage of 10 walks from CGD pitchers Nate Rapp and Bryce Brinkman to flood the bases in each of its four at bats. The Lynx scored three times in the opening inning without recording a hit and led 8-0 after two. Four more runs in the third put a quick finish in motion. 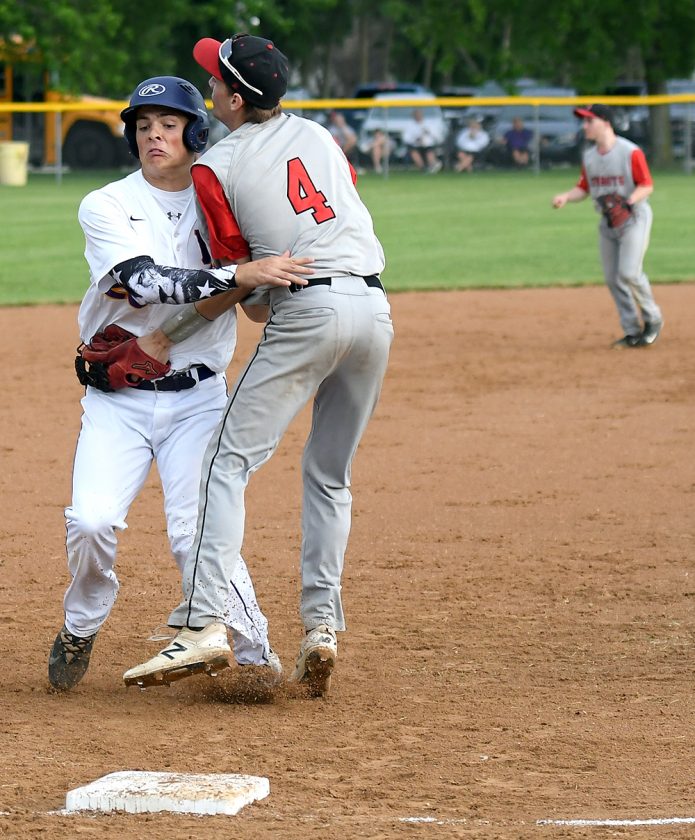 No. 9 stick Carson Struchen was the only WCHS player with multiple hits. He went 2 for 4 with a flare to the right side that drove in a run in the second inning and a bunt single in the third.

CJ Hisler had the Lynx lone extra-base hit. He put a charge into a Rapp offering in the second inning that got over the head of Krueger in left field for an RBI double.

Steen, Tyler Olson, Ty McKinney and Devon Stoakes all added singles. Steen’s base hit that he dumped into right field in the third drove in two runs. Olson drew a bases loaded walk in the third, and older brother Caleb Olson collected one RBI on a ground ball three batters later.

CGD didn’t do itself any favors with four errors. WCHS forced the issue by taking bases whenever possible. The Lynx swiped five bases and intentionally put themselves in two rundowns between first and second to allow runners to sprint home from third.

Still at the top of the NCC, WCHS will look to maintain its lead this evening when it travels to face Hampton-Dumont at 7:30 p.m. 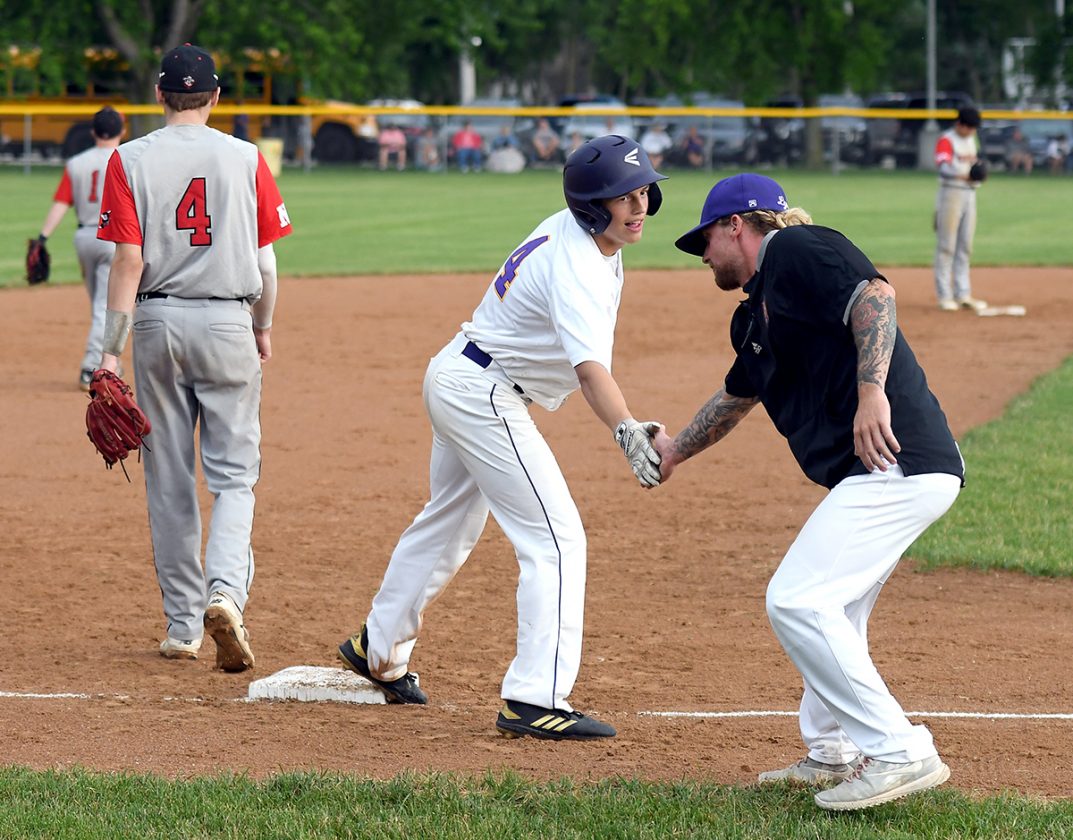