Steen with three hits, ups his batting average to .512 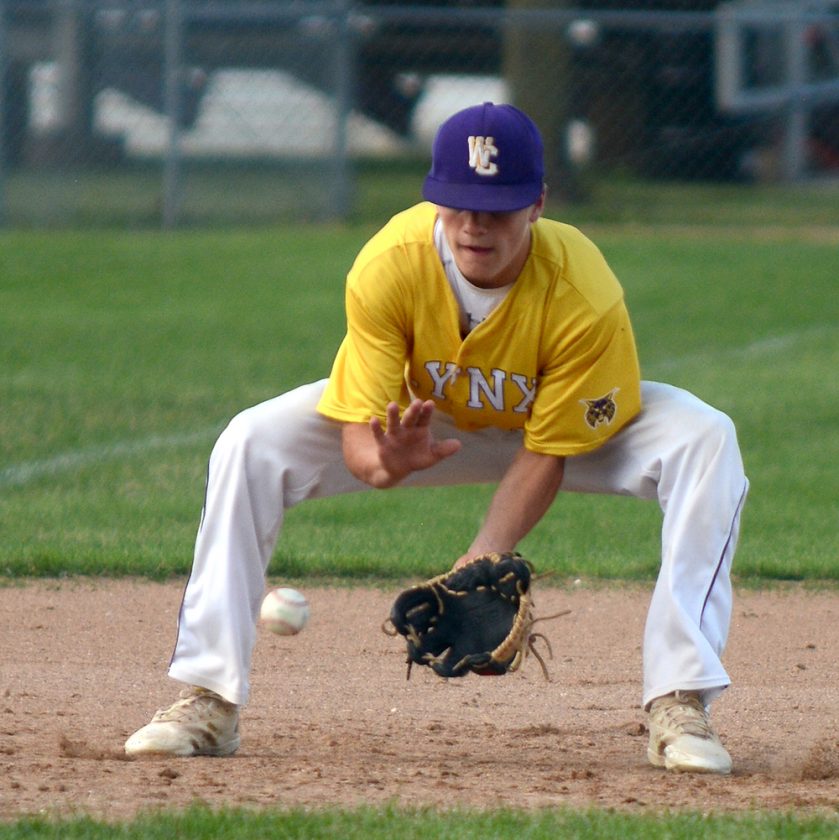 HAMPTON — Win every inning, that’s the message that Webster City baseball coach Adison Kehoe hammers into the heads of his players each time they step onto the field.

It’s working too. It did on Friday anyway.

A three-run first inning by the Lynx sent an early message and Tyler Olson worked his way out of several jams on the mound to propel WCHS to a 5-2 victory over North Central Conference rival Hampton-Dumont.

“We went in with the mindset that we always do, which is to win every inning and we’re playing good ball right now as far as one through nine goes,” Kehoe said after his team won its fourth straight game and sixth in its last seven outings. “We hit some shots.”

WCHS (17-7, 10-1 NCC) maintained its one-game lead in the conference standings over Humboldt by belting 11 hits off Bulldog pitchers Drew Uhlenhopp and Brayden Johnson. 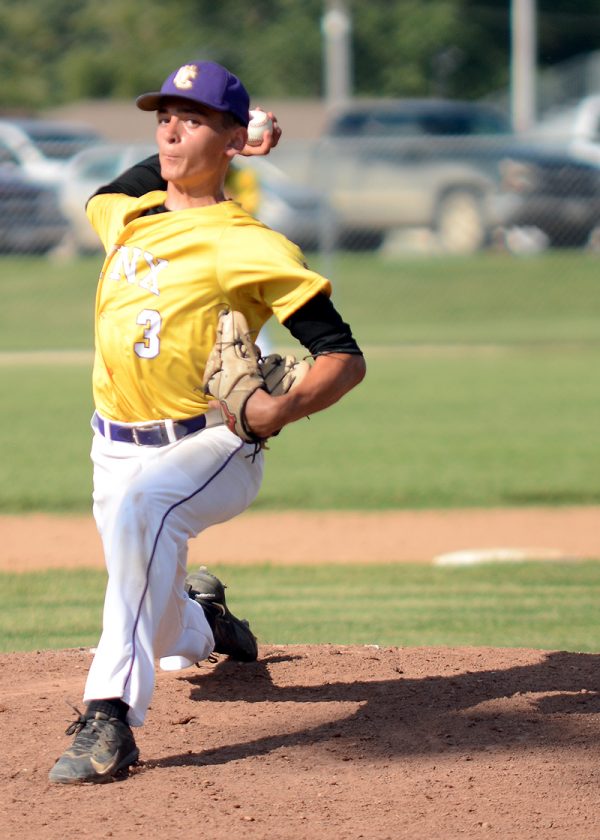 WCHS pitcher Tyler Olson improved to 8-1 on the season against Hampton-Dumont on Friday. He struck out 11 batters. DFJ photo/Tracy Runneberg

Dylan Steen went 3 for 4 with an RBI and the all-state senior is now hitting .512 on the season. Sean Carver put together a 2 for 4 night with a double and RBI, while CJ Hisler and Devon Stoakes both laced two singles.

WCHS has always been potent at the top of its lineup, but Kehoe says it’s now to the point where the Lynx are capable of producing anywhere in the order.

“Our one through five has always been pretty legit, but with our young bucks, we’re turning into a decent ball club,” Kehoe said.

Tyler Olson overcame a shaky start — he allowed three consecutive two-out singles in the bottom of the first, the final one a two-RBI knock to center by Cal Heeren — to toss a complete game that improved his record to 8-1 on the season. He gave up six hits — five of them from the duo of Wyatt Sutter and Carson Miller — but struck out 11. 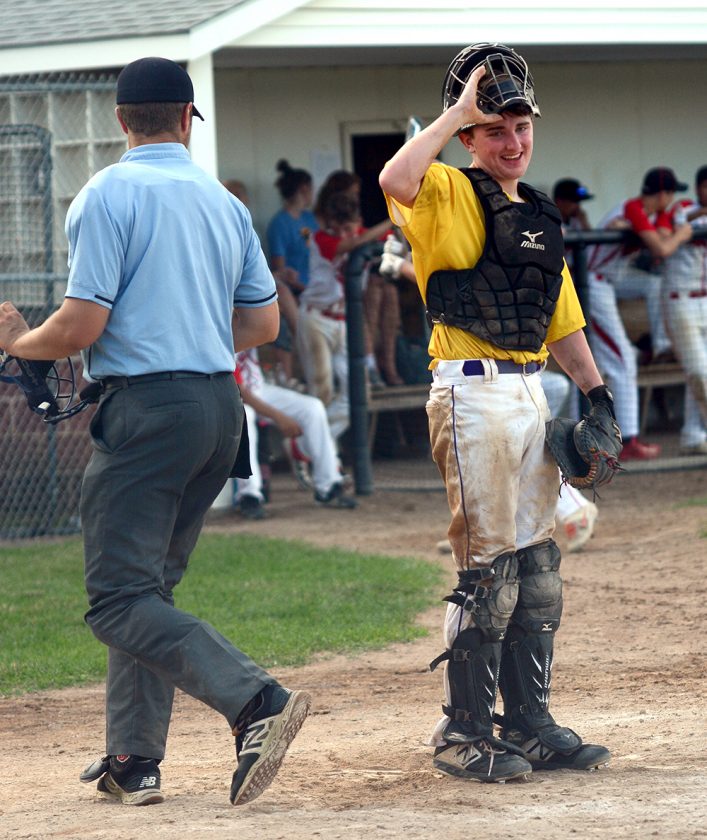 “Tyler was tough as usual,” Kehoe said. “In that first inning he kind of went through the motions, but the second through seventh (innings), he was sharp.”

Down 4-2 at the time, Hampton-Dumont (8-13, 4-7 NCC) threatened in the sixth when it loaded the bases with no outs. But Olson fanned the next two batters and then wiggled out of harm’s way by inducing a ground ball out.

WCHS rattled Uhlenhopp for three first-inning hits — singles by Steen, Hisler and Carver. Caleb Olson drove in a run on a ground ball, Carver plated another and then later scored on a wild pitch.

Steen drove in his 24th run of the season in the fourth on a shot to center to increase the Lynx lead to 4-2. It remained that way until the seventh when Carver and Klaver worked together to put up an insurance run. Carver led off by bashing a double off Johnson, and Klaver followed with an RBI single back up the middle.

A 3-0 week is exactly what WCHS needed, Kehoe said, as the group now prepares for arguably its most important week of the season. The Lynx will be at home tonight to take on league rival Algona and will then travel for a non-conference game against ninth-ranked (1A) Coon Rapids-Bayard on Tuesday.

The big one comes Wednesday — a road trip to Humboldt to face a Wildcats team that handed WCHS its lone conference loss.

The Lynx can wrap up their second league championship in the last three years with wins over Algona and Humboldt.

With a third meeting against Humboldt in the first round of Class 3A district play on the horizon, Kehoe says it will be interesting to see the pitching match-ups.

“(This) week is going to be a chess match a little bit,” he said.

WCHS pitcher Tyler Olson improved to 8-1 on the season against Hampton-Dumont on Friday. He struck out 11 batters. DFJ photo/Tracy Runneberg