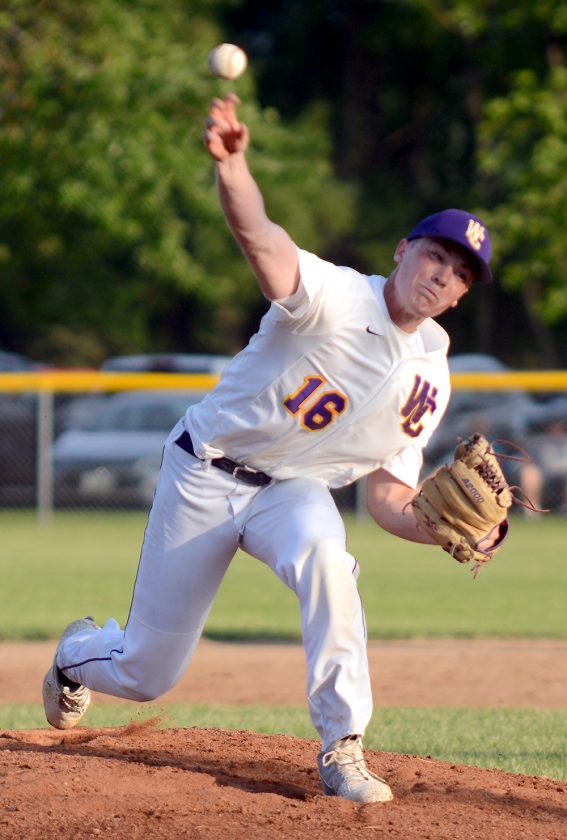 WEBSTER CITY — Don’t look now, but this young, unassuming Webster City baseball team just may be a player in the North Central Conference this season.

The Lynx sure looked like it against Fort Dodge St. Edmond Wednesday night, and one of its youngest players occupied a starring role.

Eighth-grader Ty McKinney delivered the game-changing hit during a marathon seven-run first inning for WCHS and it went on to dismantle the Gaels, 11-1 in 5 innings.

It was the third win in as many nights for the Lynx (5-3, 2-0 NCC), who are now one of only two unbeaten teams inside the league. Hampton-Dumont also won its opening two games.

“We’re slowly figuring out what kind of identity we have as a baseball team,” WCHS head coach Adison Kehoe said. “From the seniors all the way down to the eighth graders, kids are starting to buy into what their roles are on this team, so it’s exciting.” 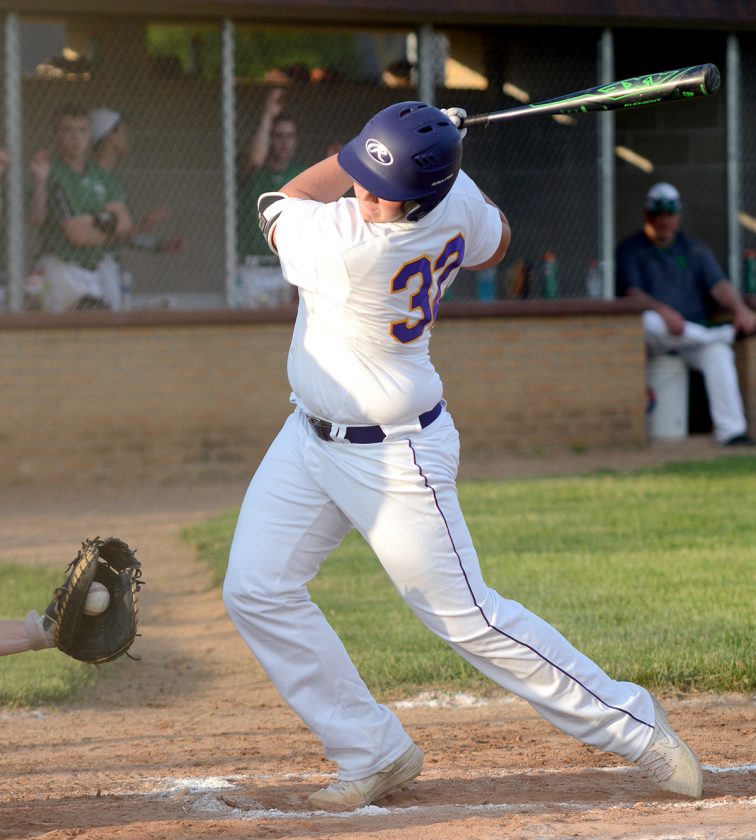 WCHS freshman Beau Klaver pivots out of the way of an inside pitch during the Lynx 11-1 5-inning romp over St. Edmond on Wednesday. DFJ photo/Tracy Runneberg

McKinney played the role of an agitator on Wednesday. With the bases jammed in the bottom of the first, he feasted on a Peyton Scott pitch and shelled it to clear the bases for a three-run double. Classmate CJ Hisler followed with an RBI fly ball to center field to help key the seven-run outburst.

“When we opened with a seven-spot, that allowed us to get after it a little bit,” Kehoe said. “Ty McKinney’s double started it for us. He’s an eighth grader, but athletically he’s beyond his years and this is going to do wonders for him.”

WCHS made it 9-0 in the second with a little help from a wobbly St. Edmond defense.

The Gaels (2-3, 0-2 NCC) scored their lone run off Lynx all-state pitcher Dylan Steen in the third on a two-out base hit by Noah Carlson, but otherwise Steen owned the showdown. The hard-throwing senior right hander surrendered just four hits and struck out 10.

“Dylan threw hard,” Kehoe said. “He wasn’t as sharp as he usually is, but it was enough to keep them off balance.

Dylan was also Dylan, so to speak, at the plate. He ended the contest two innings early with one of his signature orbit shots that no one could seem to find in the night sky. It resulted in a two-run triple in the gap in right-center that gave WCHS the 10-run advantage needed to close up shop.

The Lynx touched Scott and Gaels’ reliever Emanuel Perry for eight hits. Tyler Olson and Devon Stoakes had two each, while Hisler and Caleb Olson added singles. Caleb Olson also collected an RBI, as did Beau Klaver and Sean Carver.

WCHS will return to the road in league play Monday night to take on Iowa Falls-Alden at 7:30 p.m.

WCHS freshman Beau Klaver pivots out of the way of an inside pitch during the Lynx 11-1 5-inning romp over St. Edmond on Wednesday. DFJ photo/Tracy Runneberg