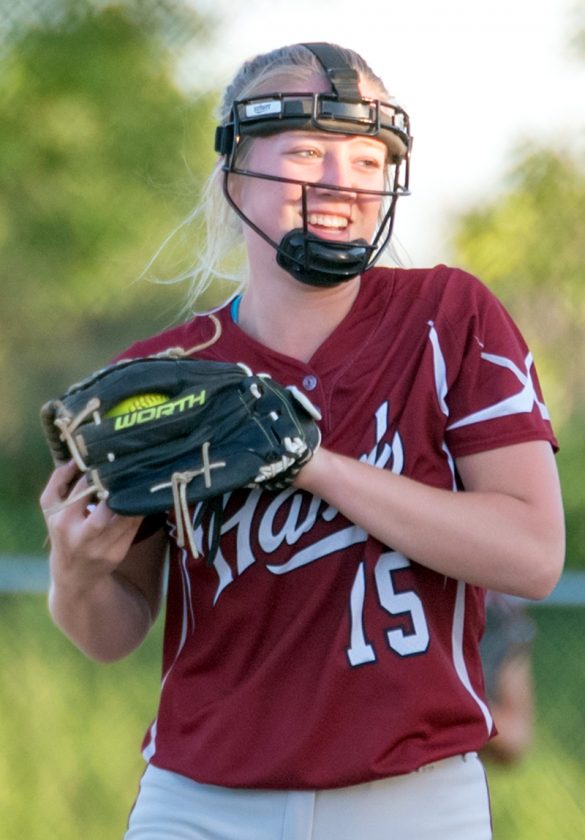 South Hamilton second baseman Jessi Harms smiles after snagging a liner in a 11-0, 5-inning win over PCM on Monday in Jewell. Photo by Angela Hewitt

JEWELL — The first career varsity home run for Emma Lewis should have been a moment for celebration, but there wasn’t even a hint of a smile on the face of the South Hamilton sophomore as she circled the bases in the third inning Monday night at the Mike Penning Athletic Complex.

And that’s kind of how the entire South Hamilton softball team is approaching things right now — business as usual.

The Hawks took another significant step towards their ultimate goal of a Heart of Iowa Conference championship with an 11-0, 5-inning blitzing of Prairie City-Monroe. They piled up 14 hits, six of which went for extra bases, and sent the Mustangs packing in about an hour.

“It was fantastic to get it done quick. The girls were extremely efficient,” South Hamilton head coach Harry McMaken said.

Yes, the season has just reached its midpoint, but South Hamilton (10-4, 6-1 HOIC) controls its own destiny in the league race, a fact that isn’t lost on McMaken and his players. 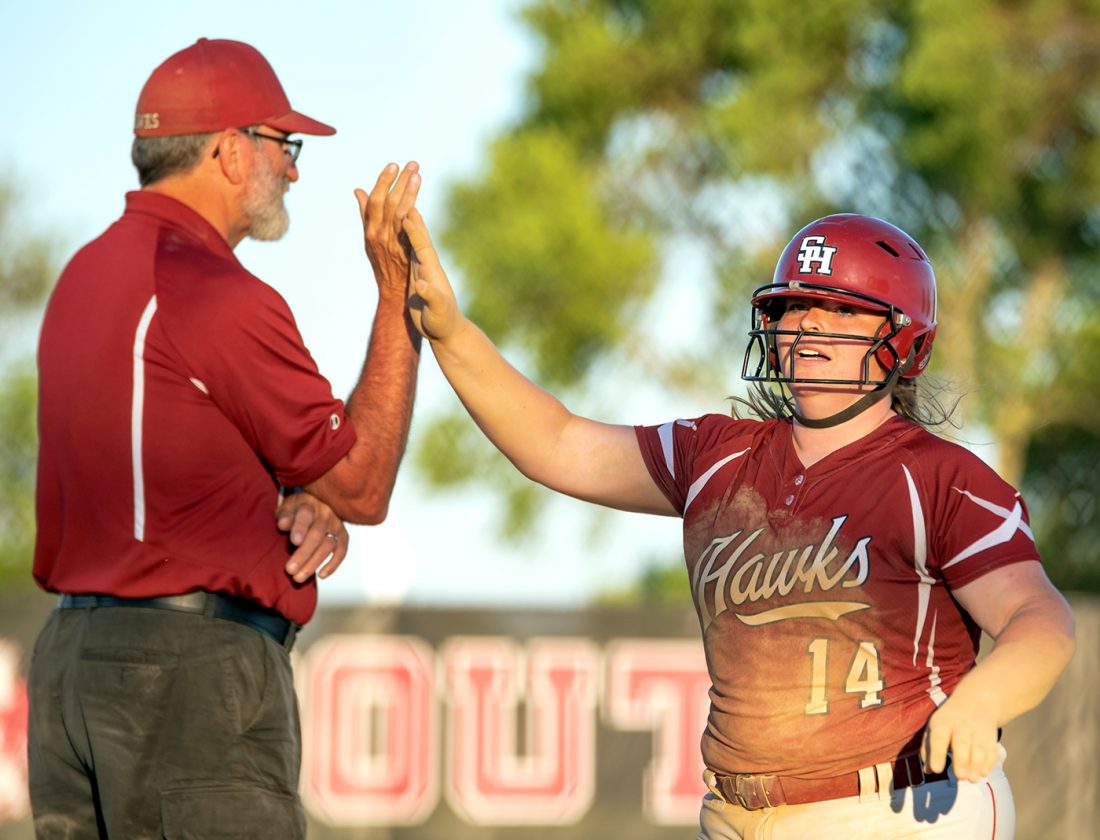 “That’s the theme of our team, we’re in control of our own destiny and we keep moving forward,” McMaken said. “We set some goals and right now we’re on track for every goal we set.”

Lewis’s long ball — a no-doubt solo shot to left field — was only a small part of the carnage.

Hailey Diersen went 3 for 3 with a double and three RBIs, keyed by a two-run single to center in the first inning that helped stake the Hawks to a quick 5-0 lead. Krista Swenson was also perfect in three at bats with a double and two RBIs. Lewis, Breanne Diersen and Cortney Harris all had two hits. Breanne Diersen found the gap twice for doubles and drove in one run, while Harris collected two RBIs.

Jessi Harms added a double and two RBIs and Taylor Volkmann had a base knock.

Volkmann, a senior right-hander, had one of her quicker outings in the circle. She allowed just two hits, both singles, and struck out four without issuing a walk.

“Taylor didn’t throw a lot of pitches because we got a lot of pop-ups on the infield,” McMaken said.

South Hamilton second baseman Jessi Harms smiles after snagging a liner in a 11-0, 5-inning win over PCM on Monday in Jewell. Photo by Angela Hewitt