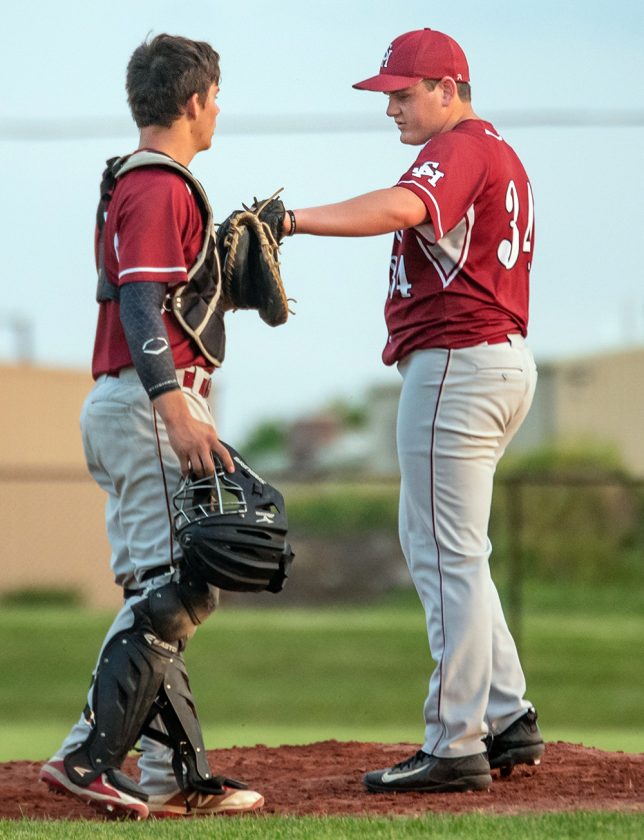 GILBERT — Losing a game stung. Losing one of its senior leaders and best hitters for the season was worse.

All in all, Wednesday pretty much stunk for the South Hamilton baseball team.

A 12-0, 5-inning setback at the hands of Heart of Iowa Conference rival Gilbert was just the final chapter in a frustrating day for the Hawks and head coach Kyle Galetich. Hours earlier they learned that starting center fielder Sam Lewis would miss the rest of the season with a torn posterior cruciate ligament (PCL) that he suffered while sliding head-first into second base against Nevada last Friday.

Lewis will undergo surgery to repair the damage today.

“Sam said the doctor told him that with the PCL, if you bump your knee on the ground just right it tears that ligament and that’s what happened,” Galetich said. “On the field he will be missed immensely, but his leadership in the dugout will still be there. We’ve just got to look for other people to step up.” 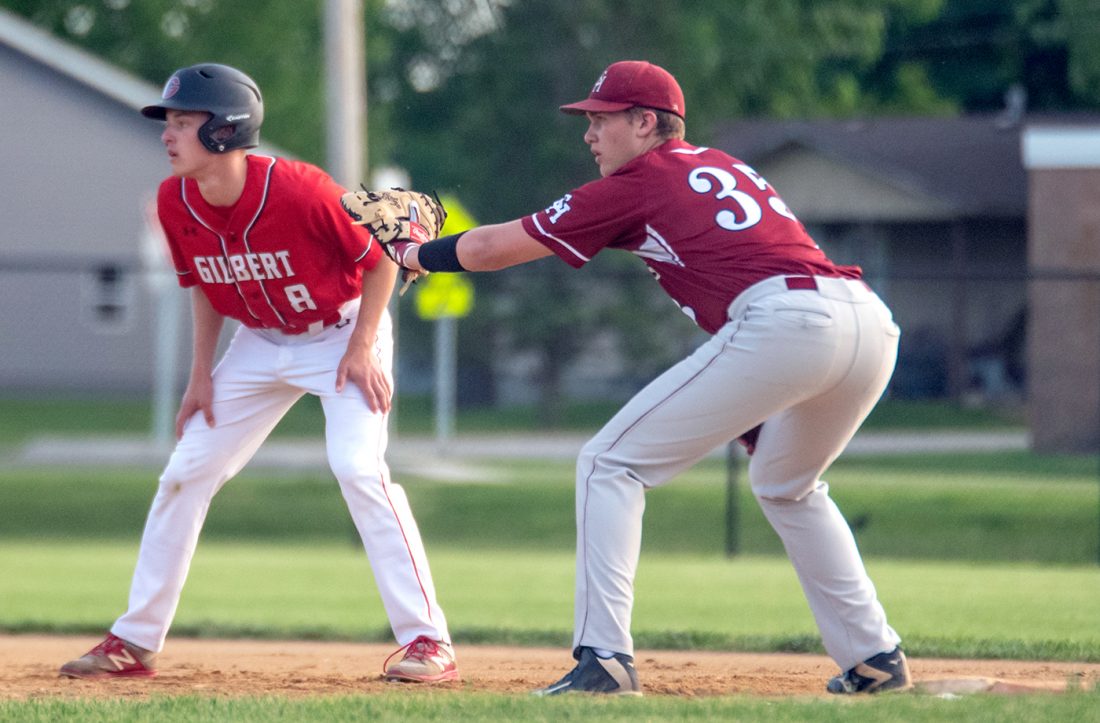 In three games prior to the injury, Lewis hit a team-best .778 with seven hits in nine plate appearances, including three doubles.

Gilbert (6-2, 3-1 HOIC) handed South Hamilton (4-1, 3-1 HOIC) its first loss of the season by doing nothing more than showing patience at the plate. The Tigers took advantage of 15 walks to stroll unencumbered around the bases. They had just five hits.

“We definitely didn’t put our best foot forward,” Galetich said. “We’ve just got to flush this one and move on, but we’ve also got to realize that just because you’re 4-0 doesn’t mean you can quit working. We still have to come to practice and work hard to improve.”

Gilbert led 5-0 after three innings and then put the game out of reach with seven runs in the fourth.

Southpaw Carter Hewitt took the loss on the mound. He worked into the third inning before handing the ball off to reliever Cade Flaugh.

The Hawks will be at home this evening to take on North Polk at 7:30 p.m.