Whitmore one of the top 400 hurdlers in Class 3A, even though he doesn’t consider himself a hurdler 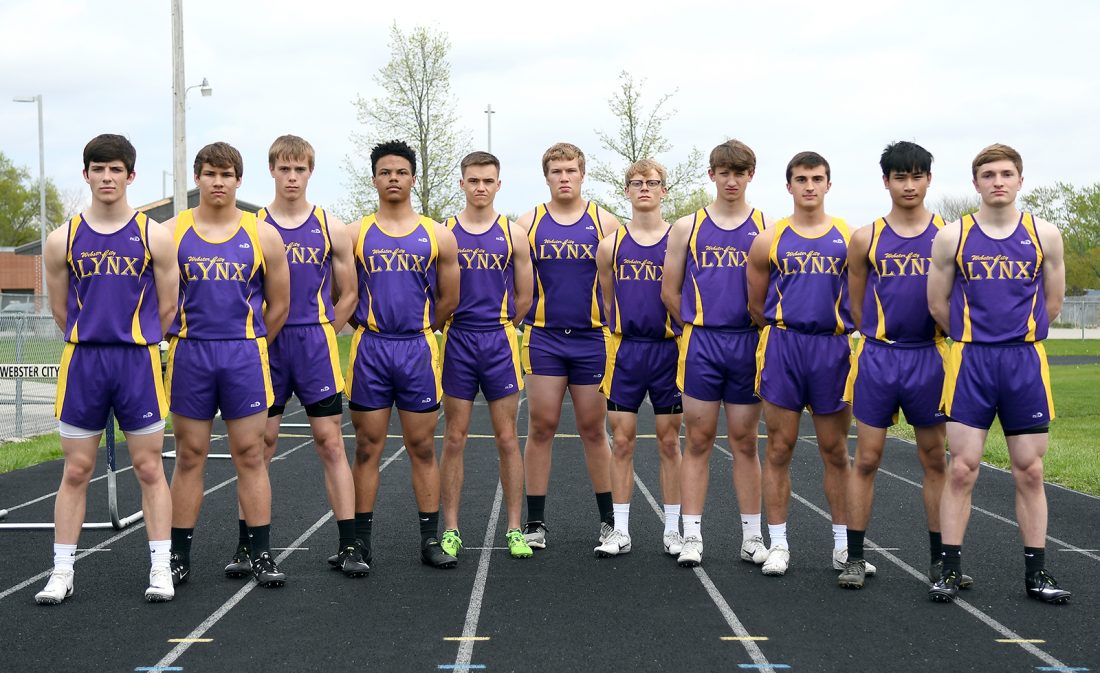 WEBSTER CITY — Garrett Whitmore is a Webster City school-record-holding hurdler. He’s actually one of the best hurdlers in all of Class 3A and a favorite to leave the state track and field meet on Friday with a hurdle medal.

There’s just one catch: The WCHS junior is adamant that he is not a hurdler, rather a sprinter. If it’s possible to be both wrong and right, he’s done it.

Whitmore will compete in four events at Drake Stadium beginning today. He’ll join teammate Lincoln LaSourd in the 100-meter dash prelims at 1:05 p.m. On Friday the two will run the first and last legs on the Lynx 4×100 and 4×200 relays.

Whitmore’s spotlight race — the 400 hurdles final — is set for Friday morning at 11:20 a.m. Following a school-record time of 54.87 seconds at last week’s state qualifying meet, Whitmore is seeded fourth and will run in the fastest of the three sections.

And if he would happen to win a state title? Then, and only then, would he admit he was wrong. 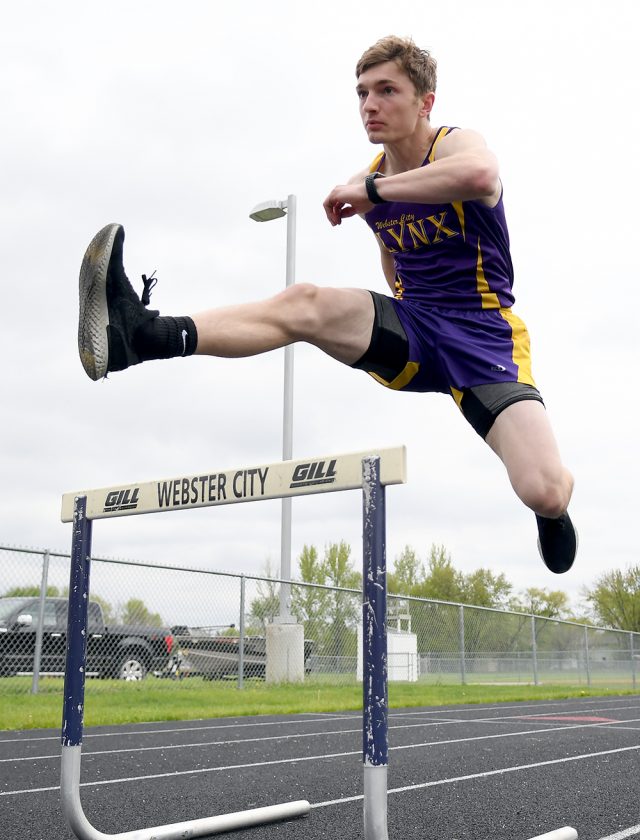 “If I win, then I would consider myself a hurdler,” Whitmore said with a smile on his face. “But for now the sprint squad has a place in my heart.”

WCHS head coach Chad Hisler leaned on experience when he thrust Whitmore into the 400 hurdles two seasons ago. Hisler had the same thing happen to him when he ran collegiately at Buena Vista.

“As a freshman he wasn’t fast enough to be on our sprint relays and so we put him in the 400 hurdles, which is what my college coach did to me,” Hisler said. “But now he’s good at pretty much everything he does.”

Whitmore will have to chase down several familiar foes, including Boone’s Bret Price. Nevada’s Joven Nelson has the top 400 hurdles time of 52.69.

“It definitely helps that I’ve run against some of them before,” Whitmore said. “And I feel like all of the training I’ve put in, and all of the lifting in the offseason, have all led to this.”

Whitmore and LaSourd will be joined by Trey Mathis and Carson Struchen in the two relays. WCHS is seeded seventh in the 4×100 and ninth in the 4×200 — right on the cusp of potential medals with solid performances.

“We just have to keep improving where we can, like on the hand-offs,” Whitmore said. “We’re not going to get any faster at this point.”

A disappointing 23rd in the state field a season ago, Harfst has transformed himself into one of the premier half-milers in the class this spring. He now routinely clocks in below two minutes, something he knows will be paramount to success on Saturday.

“I think I have a very good chance of medaling and that’s the ultimate goal,” Harfst said. “Last week at (the state qualifier) I ran a high 1:57 … and I know I”m capable of cutting it down. With all of the adrenaline on Saturday, I’m sure I’ll be able to chase people down and put up a good time.”

Harfst wants to stick to his game plan, which is to run a steady pace early and then turn on the jets late.

“I think I’ll end up hanging back a little bit (early) because I know my limits,” he said. “If I get out too fast it won’t be too fun of a race.”

LaSourd will also be in the 200, while Austin Lampman will compete in the shot put. The Lynx shuttle hurdle relay — Kaiyu Levongkhom, Kasey Porter, Malachi Montes and Mathis — will also take their turn on the track.

Hisler says his team is upbeat leading into the three-day state meet. All of the work has been put in, now it’s time to perform.

“Over the last couple seasons, our whole coaching staff has done a good job of getting guys to peak at this time of year,” he said. “If we continue that trend, we’ll have a chance to medal in a bunch of things.”