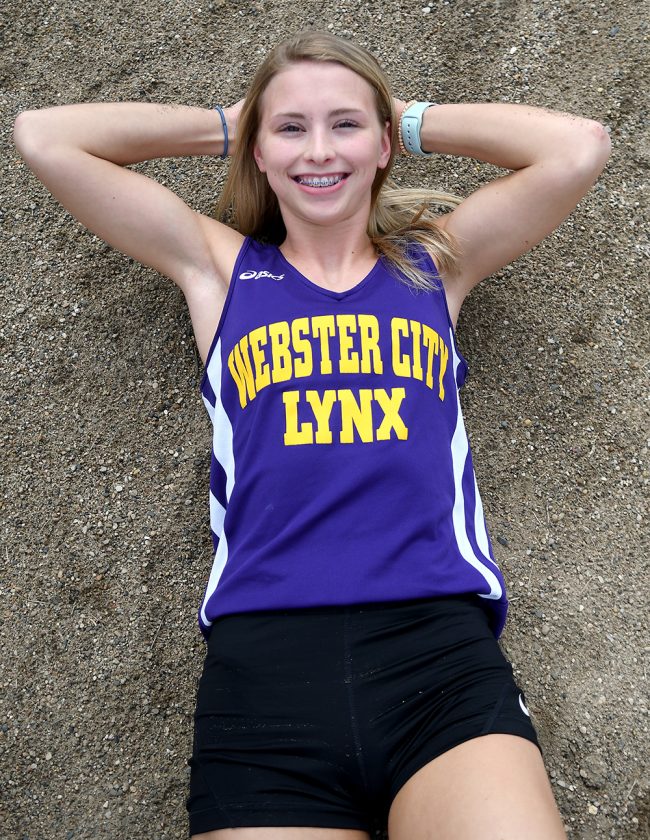 Webster City junior Ashlyn Hay is seeded 17th and will compete in Flight 1 of the Class 3A long jump at the state meet in Des Moines on Friday. But her top leap of the season ranks her sixth in the class. DFJ photo/Troy Banning

WEBSTER CITY — Hit. The Board.

As a long jumper, how hard can it be, right? Perfect your steps, sprint down the runway, take off as you hit the board and let gravity take care of the rest.

Yeah, advanced trigonometry, that should be easy too.

Webster City junior Ashlyn Hay knows just how difficult it is to master the long jump, and for her it all comes down to that dang board. 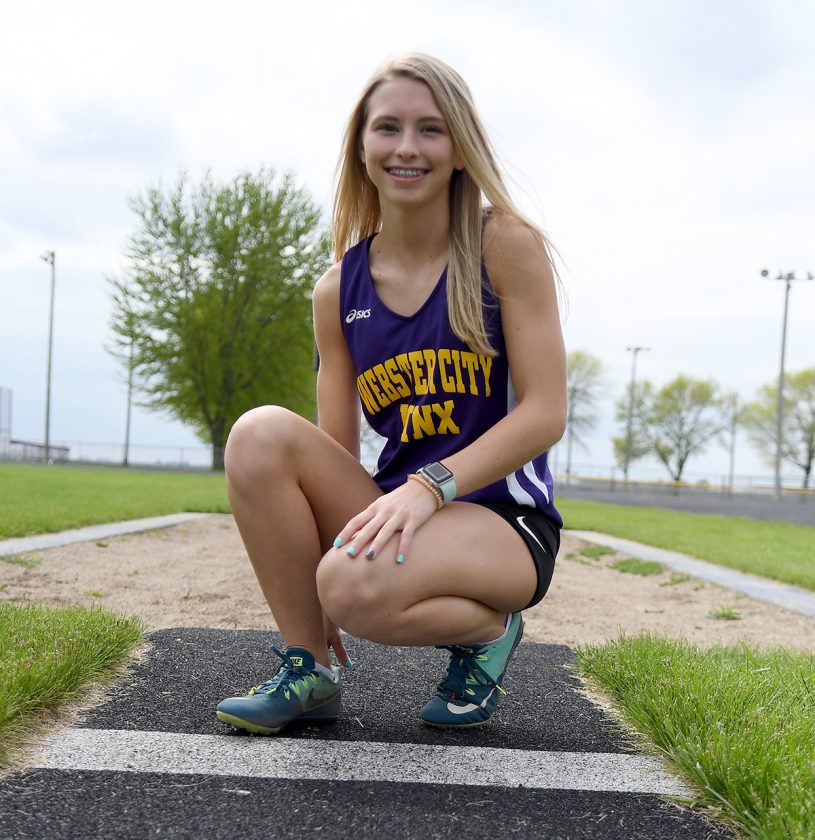 Webster City junior Ashlyn Hay is seeded 17th and will compete in Flight 1 of the Class 3A long jump at the state meet in Des Moines on Friday. But her top leap of the season ranks her sixth in the class. DFJ photo/Troy Banning

Hay has all of the speed and athleticism to shine … when she hits the board.

And when she doesn’t? She endures frustrating nights, like last Friday at the Class 3A State Qualifying Meet. The top seed entering the event, Hay fouled twice and then had to put together a conservative run and jump on her final try just to record a distance — 15 feet, 11 inches, a far cry from the 17-11⁄2 that’s her season’s best showing.

The shorter distance left Hay — a top-10 jumper in the class throughout the regular season — vulnerable of missing the state meet. Fortunately, she earned one of the wildcard entries to Friday’s 11:30 a.m. competition at Drake Stadium.

“I was really nervous and I just kept asking my coaches if they thought I would get in,” Hay said. “It was a big relief.”

Hay will compete out of Flight 1 in the preliminaries, away from the expected favorites in the event. But she knows that she’s more than capable of making the finals and earning a medal. Her best leap of the season is No. 6 on the 3A leaderboard.

“If I can get my foot on the board I think I can go past what my (personal best) is now,” Hay said. “I think I can do some things down there.”

Hay is in the state field for the second consecutive year. Nerves and, yes, that board, tripped her up last spring. She fouled twice and registered just one legal jump that placed her 22nd.

But that was last year.

“This year I feel like I’ll be way more relaxed just because I know what it’s like and I know I’m capable of having a good jump,” she said.

Aliyah Carter, a junior volleyball standout who can jump out of a building — OK, not really, but you get the point — leads the 3A long jump field with a leap of 18-51⁄4.