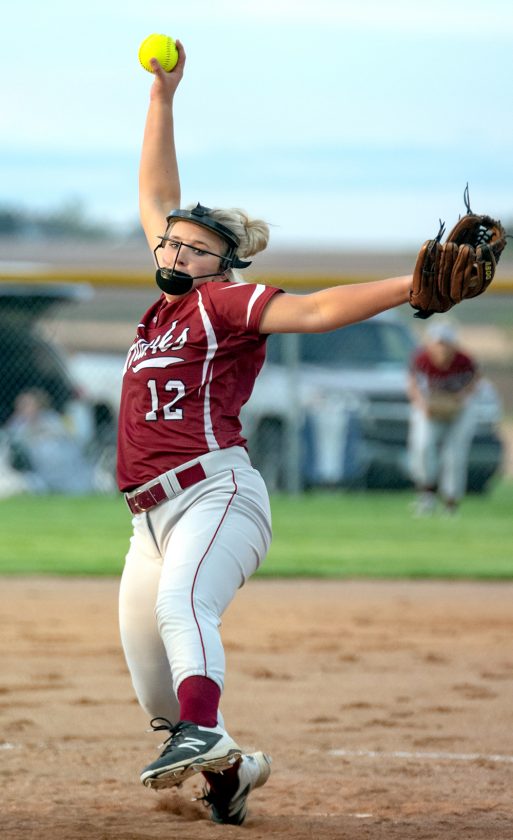 After missing the entire 2018 season with a torn ACL, the right-handed hurler was on the hook for a 10-4 loss to BCLUW in the season opener for both teams. Volkmann was touched for 10 hits, but the Hawks’ defense didn’t do her any favors with five errors that led to six unearned runs. Volkmann struck out eight.

“Taylor pitched a great game even though her stat line might now show that,” South Hamilton head coach Harry McMaken said. “It was nice for her to get out there, get that first game under her belt and pitch well. Even though it was a loss, it will help her confidence tremendously.”

BCLUW (1-0) took advantage of the defensive miscues throughout. The Comets took control with three runs in the fourth inning on just one hit.

“I know if we would have played better defensively we would have won,” McMaken said. “We’re trying to figure out how to put the different parts together to have a solid defense, but they’re a very aggressive running team and I don’t think we were ready for that.” 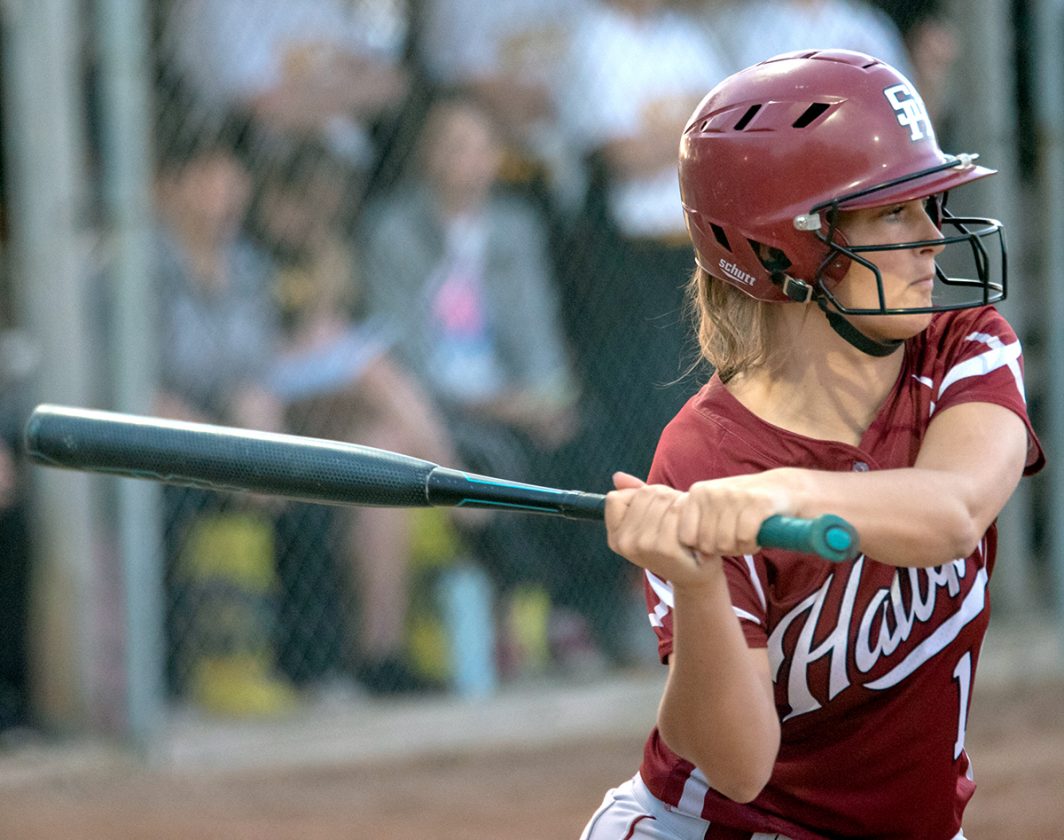 Leah Jacoby prepares to swing at a pitch for South Hamilton during the Hawks’ 10-4 loss to BCLUW in Conrad Wednesday night. Photo by Angela Hewitt

Trailing 5-0 after five innings, South Hamilton (0-1) mounted its comeback in the sixth with three runs, keyed by a two-run home run to left field by Volkmann. Krista Swenson knocked in another run on a single to close the gap to 5-3.

“We really battled back and that was great to see,” McMaken said.

BCLUW retaliated in its half of the sixth with five runs to put the game out of reach. The Comets rattled off four hits around two South Hamilton errors.

Mackenzy Grady singled and Emma Lewis doubled in the seventh for the Hawks. Grady eventually scored on a sacrifice fly off the bat of Breanne Diersen.

Cortney Harris also laced a base hit for the Hawks.

BCLUW clean-up stick Easton Swanson went 3 for 4, highlighted by a solo shot to left in the fourth inning. Abby Feldpausch, Olivia Hughes and Lili Wilson all had two hits for the Comets.

Leah Jacoby prepares to swing at a pitch for South Hamilton during the Hawks’ 10-4 loss to BCLUW in Conrad Wednesday night. Photo by Angela Hewitt