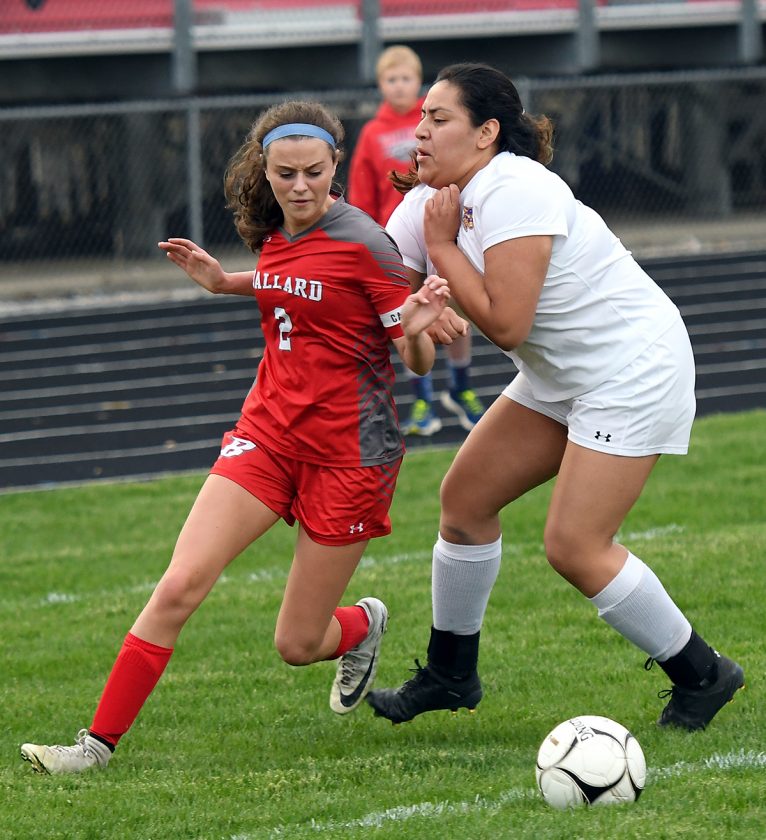 HUXLEY — The ball lived on the feet of the Ballard attackers and Webster City goalkeeper Josselin Guendulay was peppered with shots at a dizzying pace during last night’s Class 2A Region 4 quarterfinal girls’ soccer match at Richard Strouse Field.

The outcome reflected the trends too.

Ballard scored just two minutes into the match and it steadily found the back of the net en rout to a 10-0 victory.

Webster City goalkeeper Josselin Guendulay (front) comes out of net to dive on top of the ball during the first half against Ballard last night. DFJ photo/Troy Banning

Ballard took 23 shots in the first half alone, 15 of which were on target, as it opened up a 6-0 advantage. WCHS, meanwhile, managed just one shot over the opening 40 minutes.

Freshman Brooke Loewe notched a hat trick for the Bombers. She scored on a bouncer in the 12th minute, added a nice finish off a cross in the 34th and then collected No. 3 just three minutes into the second half.

Meg Rietz scored the opening two goals of the match.

Guendulay again did everything she could to withstand the onslaught. She made diving stops, sliding saves, punch saves and caught more than a few rockets off the Bombers’ feet. She had nine saves in the first half and finished with 12. 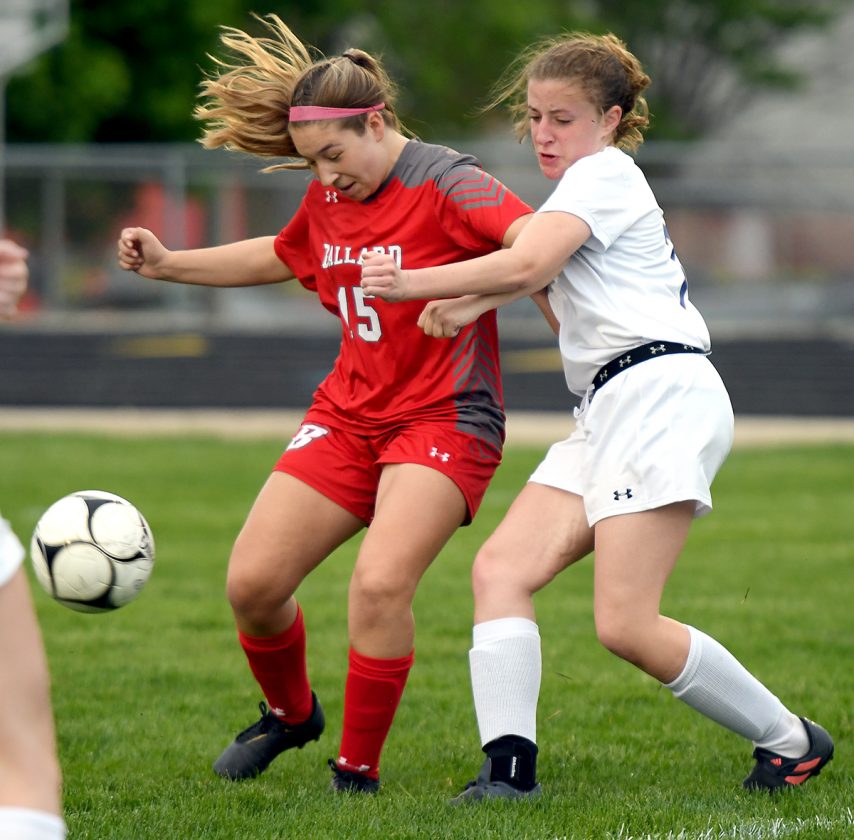 Webster City goalkeeper Josselin Guendulay (front) comes out of net to dive on top of the ball during the first half against Ballard last night. DFJ photo/Troy Banning