Hawks to host Gilbert on Saturday, game against IF-A moved to Feb. 11 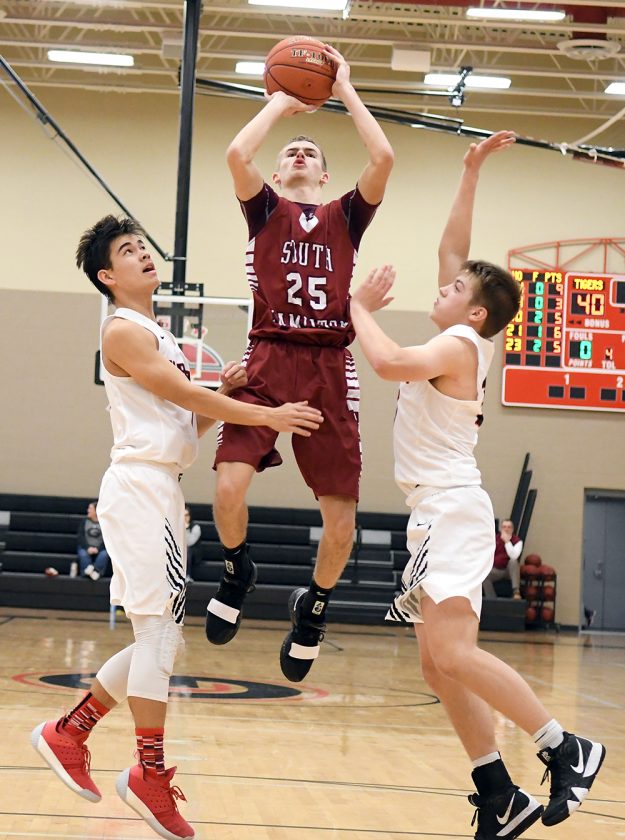 While schools all across Iowa were closed due to the frigid conditions that blanketed the state, Coy went to work in an attempt to straighten out the Hawks’ basketball schedule that had to be altered because of postponements.

For starters, South Hamilton’s scheduled basketball games against Iowa Falls-Alden on Saturday have been reconfigured. The Cadets needed to open the date for rescheduled North Central Conference games with Hampton-Dumont.

The girls’ game between South Hamilton and Iowa Falls-Alden has been cancelled. The boys’ game — it will actually be a junior varsity/varsity doubleheader — will be played in Jewell on Monday, Feb. 11.

South Hamilton will now host Heart of Iowa Conference rival Gilbert on Saturday. The girls’ game will get underway at 5 p.m., followed by the boys’ contest at 6:30 p.m.

It will be a tough two-day stretch for the sixth-ranked (Class 2A) South Hamilton boys’ team. It will trek south to take on Prairie City-Monroe on Friday, followed by the tussle with the 10th-ranked (3A) Tigers 24 hours later. PCM currently sits third in the league standings, while South Hamilton and Gilbert share the lead.

The only movement in Webster City’s basketball schedule are the NCC games against Clarion-Goldfield-Dows, which were moved from Tuesday to Thursday. The girls’ game is slated to begin at 6:15 p.m., followed by the boys’ clash.