Several years ago a list of jokes about “dumb men” made the rounds via e-mail. This was before Facebook became a joke-sharing medium. As I recall, most men laughed at the “dumb men” jokes, just as many blondes did when the “dumb blond” jokes made the rounds.

Having worked with many women over the years, I’ve heard countless complaints and jokes about men. The theme is generally the same: “Men are all alike — stupid.”

In fact, if we could travel back into history I’ll bet we would find that even Adam was confused by Eve.

Imagine the first home outside the Garden of Eden. Adam has spent a long day pulling thistles and Eve has supper ready.

“But, Dear, the Chimps are on the five-yard line and a touchdown will send them into the playoffs against the Orangutans.”

“I don’t see what you get out of that monkey business. I can’t keep this meal warm all night, you know!”

A few minutes later the game is over and Adam comes to the table. He pulls a large green leaf from his salad bowl. “Honey, I’ve asked you repeatedly not to put my shorts in the salad.”

Eve glares at Adam. “How am I supposed to know what’s what? You never pick up after yourself.”

“If you’d just use your head once in a while. You’re supposed to be my helpmate!”

Tears well up in Eve’s eyes. “All you ever do is put me down. One more nasty remark and I’m going to go home to Mother’s.”

“Oh for pity sake,” Adam exclaims, “you don’t even have a mother.”

“Oh sure, rib me about that again,” Eve sobs.

“Now, Sweetheart, I didn’t mean to make you cry. What do you say we enjoy a nice meal together?”

Eve agrees and they enjoy a pleasant supper.

“That was a great meal, Honey,” Adams says. “What’s for dessert?”

Adam pushes himself back from the table and shouts, “Apple pie? I thought I told you I never wanted to see another apple!”

“Oh, boo hoo. I can never do anything right for you.” Eve is very distraught.

“But, Darling,” Adam says in conciliatory tone, “you know what happened the last time we ate an apple.”

“And I suppose that’s all MY fault?”

“No, no, Dear. It’s not all your fault. But you must admit that you’re the one that pushed the issue.”

“See!” Eve screams, “that will be your excuse throughout history. ‘The woman made me do it!'”

Adam is perplexed. “Now calm down, Sweetie Pie. Forget the apple. Let me help you with dishes and we’ll enjoy a nice quiet evening together.”

“Okay, but we need to talk about some new clothes. I just don’t have a thing to wear.”

Adam is beginning to look weary. “But didn’t we just go out and skin two leopards, a small bear and three tigers last week, Sweetheart?”

Well, of course, we did,” Eve says indignantly. “But what am I supposed to wear on Sundays?”

“Okay, Dear,” Adam sighs. “I know a little place where we can get some raccoon skins. We’ll even get you a matching hat.”

“Oh, Adam,” Eve coos as she hugs him tightly. “You can be so thoughtful sometimes.”

Adam kisses her softly and amorously suggests, “How about raising a little Cain?”

Eve stiffens and pushes herself away from Adam. “Not tonight dear,” she says coolly, “I have a headache.”

Adam, now totally confused, walks outside and sits on a large rock. He thought for a few moments and then lifts his eyes heavenward and asks, “Lord, what’s a headache?”

And so it has been from those first days. Men and women have survived the millennia because of their intelligence. But we men remain as confused as old Adam ever was. 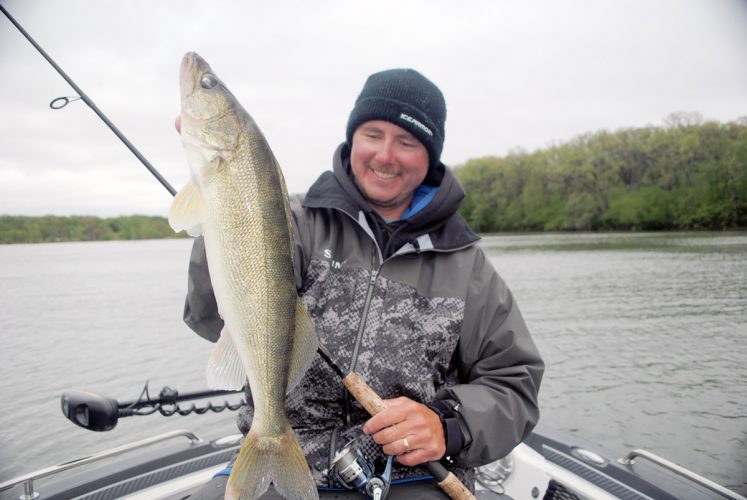