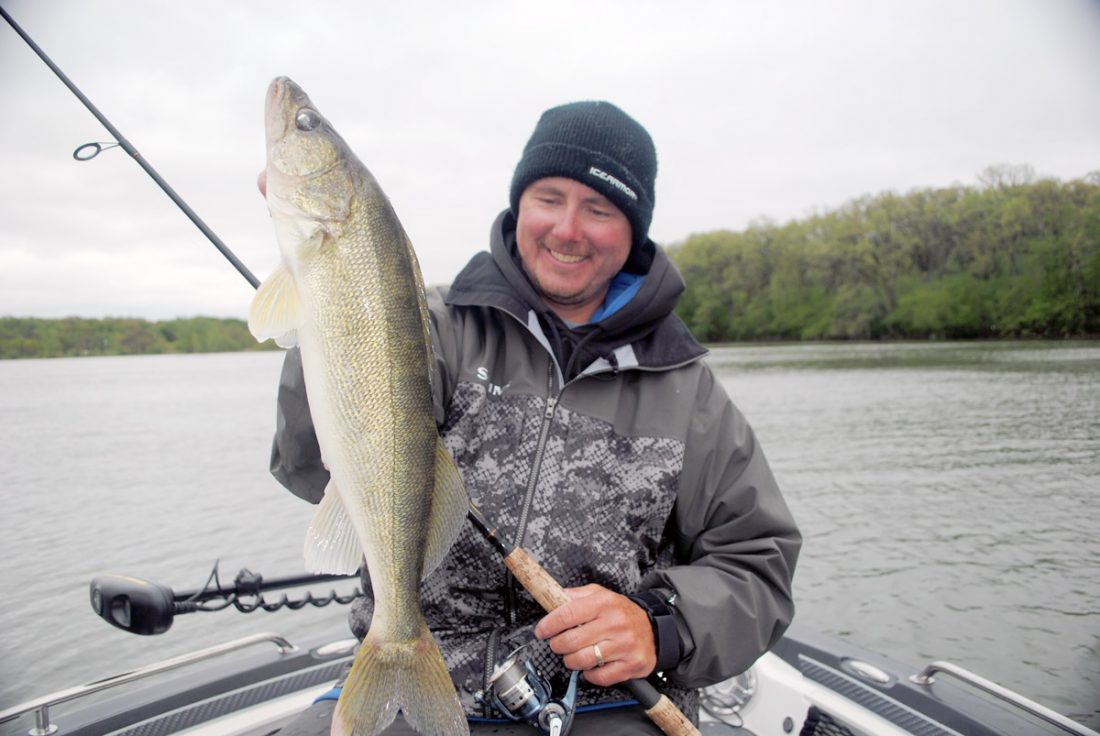 The early part of the fishing season is a great time to be on the water: It just feels good, and the fishing can be good also. Knowing a little bit about how fish go about their reproductive ritual can help us catch even more fish.

Most of the fish that live in Midwest waters spawn in the spring. The different species of fish lay their eggs at different times. Northern pike go first, next come walleyes, and after that it’s bass and panfish. Mother Nature doesn’t want all the fish spawning at the same time. If they were, and there would be a weather event, the spawn could be ruined.

Mother Nature also doesn’t want the different species of fish spawning in the same area. For instance, northern pike spawn in shallow areas with lots of vegetation. Imagine what would happen to baby bass if they were born in the same area two months later. The tiny pike could seriously take advantage of them.

Many anglers like to target walleyes on those early season trips, and that makes sense. When things work out, walleyes can provide lots of action early on. Throwing an eighth or sixteenth ounce jig tipped with either a minnow or plastic in water less than ten feet deep can be very productive. Areas of sand and scattered small rocks can be good as can areas of emerging cabbage weed.

But if we are having a hard time making the walleyes eat our jigs because they’re in the middle of their spawning ritual, we can make some adjustments and get after a species of fish that might be more susceptible to a lure. However, before you switch to a different species, make sure that that species is in season. Pike and panfish will usually be fair game if walleye season is open, but bass might not be. Check the regulations.

If largemouth bass are fair game, and if the lake we’re on has a good population of them, give them a shot. The first stop will be in an area that has vegetation and a bottom that will enable the bass to build their nests in anticipation of spawning in a few days. Catching bass in shallow water is exciting because you’ll see most of the strikes. However, when they get on the nests, many anglers prefer to leave them alone.

For many years now, a soft plastic twitch bait has been my go-to in the spring when the bass are shallow. It can be fished slowly, and that’s usually beneficial in the still cool waters of early season. A good example of this type bait would be a Zero Stick Worm, a Shim-E-Stick, or a Caffeine Shad. Baits in the five inch size are good. I like to rig them weedless on about a 2/0 hook and no additional weight. The weight of the hook will make them sink slowly. We’ll usually be fishing in water less than four feet in depth. Let the bait sink a foot or two, then retrieve with short, slow strokes. Let it rest between strokes for a couple of seconds. I like a white or bright bait because it’s easier to see them disappear when a bass hits.

I also like XTCB Braid in fifty or sixty five pound test with a ten or twelve pound test Tactical leader. This set-up provides outstanding casting and hooksetting ability along with a natural appearance.

And, if the bass won’t bite, we might go out on the weedline and throw spinnerbaits for pike or look around in the shallows for crappies. This time of year you can usually find something willing to eat your bait. You just need to remember to adjust if the fish species that you’re after isn’t interested in getting caught.