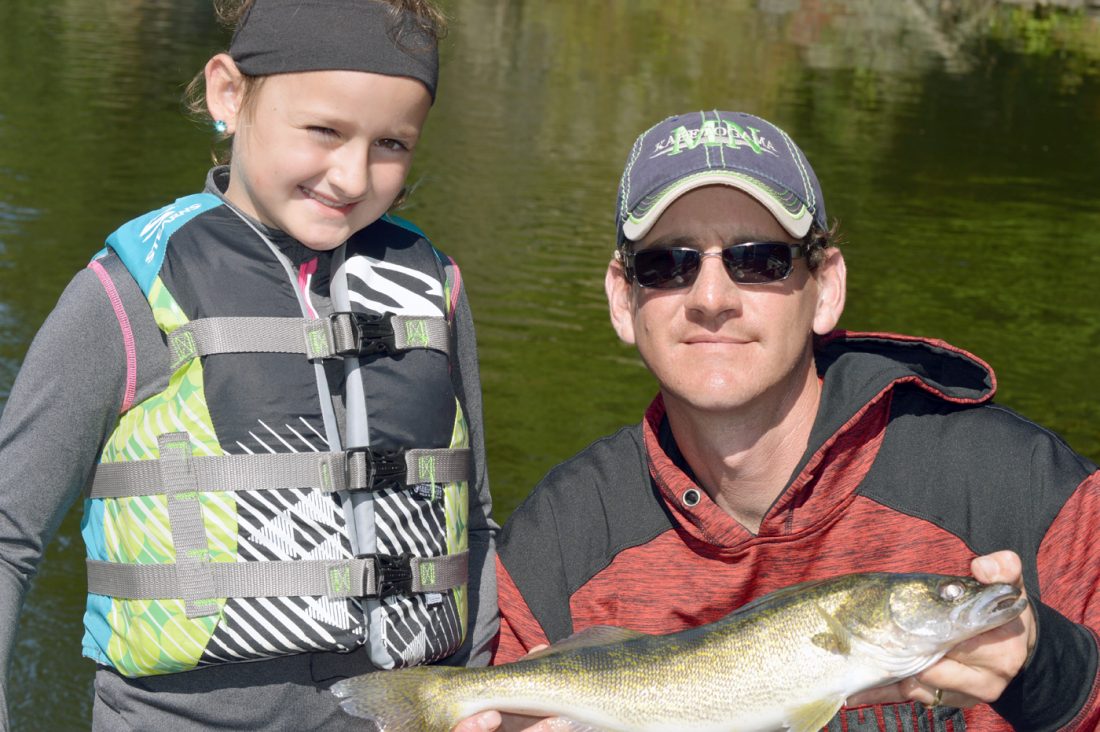 Fishing is fun. Go after the biters and fishing will be even more fun.

It’s that time of year when ice-fishing is still good, and some outstanding fishing at the end of the ice-season is still going to happen. But it’s also the time of year when Boat Shows and Sportshows start popping up, and that gets anglers excited about the open water season. Following are some ideas for getting more bites when open water returns.

First thing: Go fishing whenever you get the chance. Don’t wait for perfect conditions. If you do, you won’t go fishing very often. If you’ve got a couple of free hours, grab a rod and put it to use. There’s probably a body of water near you that has some fish in it. You might catch just a couple small ones, or you might hook into a big one. It doesn’t matter, you’re fishing. Catching a few fish is way better than not going fishing.

Don’t get too hung up on a particular species of fish. Go after whatever wants to get caught. Many anglers put a lot of effort into catching walleyes, bass, muskies, or whatever. That’s okay, but if you just want to see your rod bend, be a “whatever’s biting” kind of fisherman.

Anglers have lots of fishing options. They can go after panfish or bigger predator fish. It’s important to have a plan when we go on the water, but we need to be flexible in that plan. If the walleyes don’t want to get caught, try to catch a northern pike or a bass. Something is usually willing to get caught, and it’s a whole lot more fun to catch a bunch of bass than not catch any walleyes.

Just as some anglers consider themselves to be a “walleye guy”, there are some anglers who describe themselves a “jig fisherman”. If that’s how you like to fish, no problem. But remember, if you become proficient in several techniques for a particular specie of fish, you’ll catch more fish of that specie and probably enjoy your fishing even more. And, if you become familiar with techniques that catch other species of fish, you’ll get more bites when you go fishing. Those bites won’t all be from your favorite specie, but I’m guessing that you’ll discover that those other species aren’t such a bad thing after all.

When I go fishing and am just trying to get something to pull back, and if it’s summer or fall, and if I’m on a body of water that has walleyes, bass, and northern pike, I’m probably going to have a Rage Grub threaded onto an eighth or quarter ounce jig. I’ll be throwing it to weedlines, rockpiles, wingdams, anything that might be home to a fish that’s in ten to twelve feet of water or less. Favorite colors are some form of white, chartreuse, watermelon or pumpkin. Most larger freshwater predators will eat this offering. There will be times when something else will work better, but the plastic/jig will almost always get some bites.

The upcoming year can be your best ever for fishing if you make the time to go and put your bait in front of willing biters. But you need to find that out for yourself.

To see all the newest episodes of Fishing the Midwest television as well as some of the older ones, or to see fishing videos, or to read new and not-new fishing articles, go to fishingthemidwest.com