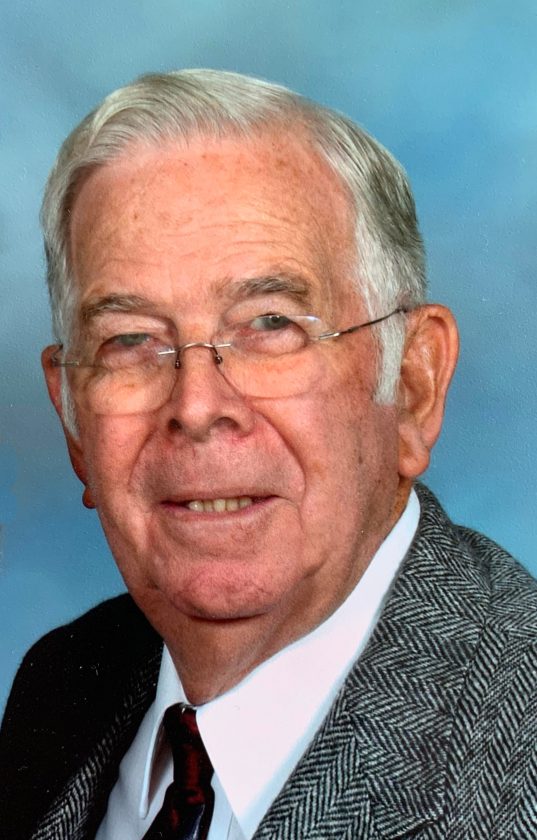 Norman F. Clasen, 91, of Webster City, died on Wednesday, July 15, 2020, at the Paula Baber Hospice House in Fort Dodge. Visitation will be from 4-6 p.m. at the Boman Funeral home (www.bomanfh.com), in Webster City, on Sunday, July 19. A graveside service will be held at Graceland Cemetery at 10:00 a.m., on Monday, July 20, 2020. Masks are encouraged for those attending, thank you for understanding.

Norman was born on February 12, 1929 in Andale, Kansas to Mathias & Gabrielle (Orth) Clasen. He was a Class of 1949 graduate from Yates Center, KS High School.

In 1955, he married Ruth Herder, his loving wife of 65 years, to this union three children were born, Cindy, Craig, and Cheryl. He also served in the Korean War from 1951-1953. He spent many years in Webster City working for Farmland & Van Diest Supply.

Norman enjoyed attending flea markets, buying & selling, refinishing furniture, collecting, and a good puzzle from time to time. He & Ruth spent many winters at their winter home in Mission Texas where he enjoyed time with many friends and playing pool. He was a member of Trinity Lutheran Church, the Moose Lodge, and the American Legion.

Norman is survived by his wife, Ruth; son, Craig (Lisa) of Johnston, Iowa; daughter, Cheryl (Dave) Munn of Lincoln, Nebraska; five grandchildren Jamee Kugler of Omaha, Chase & Jordan Clasen, both of Johnston, Iowa. Samantha & Connor Munn, both of Lincoln, NE; and five great-grandchildren. He was preceded in death by his daughter, Cindy; his parents, two brothers, and two sisters.

Memorials may be designated to Trinity Lutheran Church and the American Legion in Webster City.