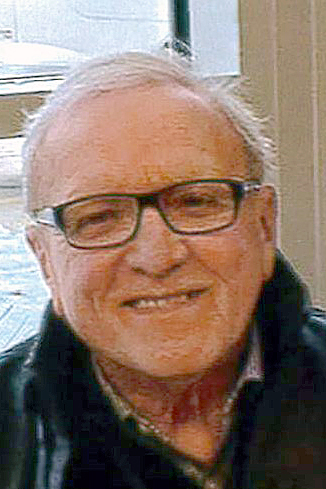 Steve Kehoe, 74 of Webster City died on Monday June 15, 2020 at his home surrounded by his family. A Celebration of Life will be held at a later date. Foster Funeral and Cremation is entrusted with the services.

Steven Raymond Kehoe, son of Raymond and June (Keigan) Kehoe was born July 22, 1945 in Litchfield, MN. He attended St. Thomas Aquinas Catholic School and graduated from Webster City High School in 1963. He was also a graduate of ICCC and NW Missouri State where he obtained a Business Marketing degree. Steve served in the United States Airforce during the Vietnam War. He was united in marriage to the love of his life, Alys Meyers, on January 2, 1967.

Steve began his career at Hallmark Cards in Kansas City before returning to Webster City to start his own businesses in partnership with his brother-in-law, Randy Youngdale. Together they owned and operated WC Roofing, The Trash Man and TMI Services. Steve was a member of many local and industry Boards and affiliations. He served on Webster City City Council and later became Mayor. Steve was a member of Asbury United Methodist Church and the American Legion Post 191. He enjoyed serving and helping others and cherished his time coaching youth athletics. “Gramps” especially loved watching his children and grandchildren compete in sports and other activities. He was a caring, fun-loving, and proud man who loved his family more than anything. “Give me a cold beer, a good cigar, and bevy of grandkids and life is wonderful”.

He is survived by his wife of 53 years, Alys along with their children Chris Kehoe of Webster City, Mindy (Troy) Moss, of Johnston and Jamie Garvey of Eagle Grove as well as grandchildren Adison, Corbin, and Kaitlyn Kehoe; Cade, Cole, Cale, and Chase Moss; Kenzie, Shaylor, and Eastyn Garvey; sisters-in-law Mickey Rudolph, Reta (Randy) Youngdale, Dawn (Juan) Trujillo and many extended family and friends.

Steve is preceded in death by his parents, Raymond and June Kehoe; his father-in-law and mother-in-law, Donald and Leah Meyers.

In lieu of flowers, memorials can be sent to First State Bank c/o Steve Kehoe Memorial and will be distributed to local organizations that were special to Steve.