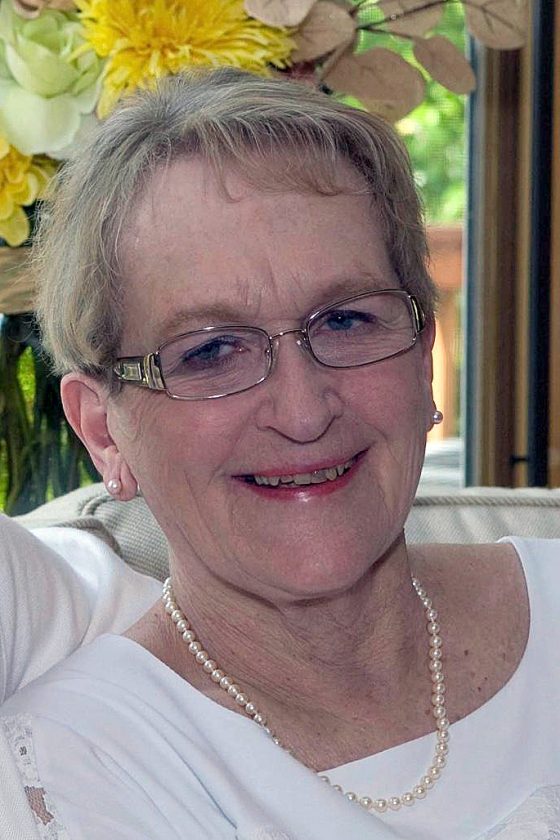 Sally was born on October 1, 1942 in Evanston, IL, and raised in Webster City, IA. She graduated with a degree in English and French from Saint Olaf College in 1964 where she met her husband of 56 years, Jim.

After their wedding in 1964, Sally and Jim moved to Albert Lea, MN where Sally became a teacher. Sally also taught school in Bloomington, MN and Sioux Falls, SD before she and Jim moved to Burnsville, MN. There, Sally was a stay at home mom and then started a new career as a Quotations Specialist at JTH Lighting Alliance.

Sally had a deep love of the game of Bridge. She was a good player who was active until a few weeks before her death. She was a loyal friend who loved to entertain. Sally also loved to cook and bake. Every night at 310 South Heritage Circle featured a home cooked meal no matter how busy the day had been. In her retirement, Sally and Jim enjoyed travel and spending time with their friends and grandchildren.

Along with her husband Jim she is survived by her sister Lynn Pamperin (Stan) of Fort Dodge, Iowa and sons Matthew (Erica Olson) of Edina, MN and David (Beth) of McKinney, TX. She is also survived by four grandsons: Micah Bowe, Ethan Letsch, Tobias Bowe and Theodore Bowe.

A Memorial Service will be held on Friday, June 12th, 2020 2:00 PM at White Funeral Home-14560, Pennock Avenue, Apple Valley. Visitation will be 2 hours prior to service. Interment in Northfield, MN.