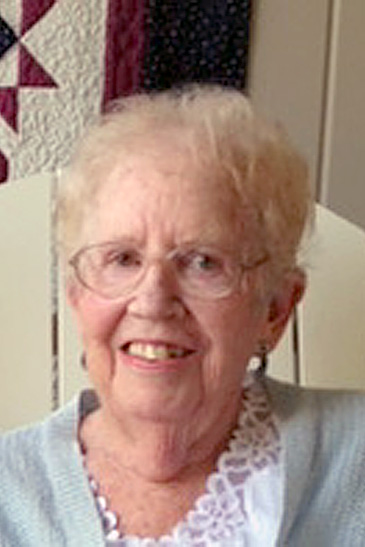 Mary Rita O’Connor, 89, of Webster City, a former longtime Sioux City resident, died June 22, 2020 at Crestview Nursing and Rehabilitation Center in Webster City. She had been a resident of Crestview since August, 2019 after suffering a stroke. A memorial mass will be at 10:30 a.m. Friday, July 24, 2020 at Church of the Nativity. Visitation will be one hour prior to the service at the church. Private inurnment will take place at Calvary Cemetery in Sioux City. Meyer Brothers Morningside Chapel is handling arrangements. Online condolences may be directed to www.meyerbroschapels.com.

Mary was born May 14, 1931 in Waterbury, Nebraska, the daughter of Jacob James & Rita Josephine (Jones) Ripp. She was raised in Jackson, Nebraska and Sioux City graduating in the last class to graduate from Sioux City Cathedral High School in 1949.

She married Thomas Patrick O’Connor on August 11, 1956 at Cathedral of the Epiphany in Sioux City. The couple resided in Sioux City until December, 2014 when they moved to Webster City. She owned and operated O’Connor Bookkeeping Service at the Sioux City Stockyards.

Mary was a member of St. Thomas Aquinas Catholic Church in Webster City and Church of the Nativity in Sioux City and a former member of the Morningside Country Club and Green Valley Golf Club. Mary loved to travel, especially to Las Vegas and winter in Texas and enjoyed playing cards. She was a big Bishop Heelan and Iowa State Cyclone fan.

She was preceded in death by her husband, parents, and sisters Marcella Kress and Margaret Ann Tielke.