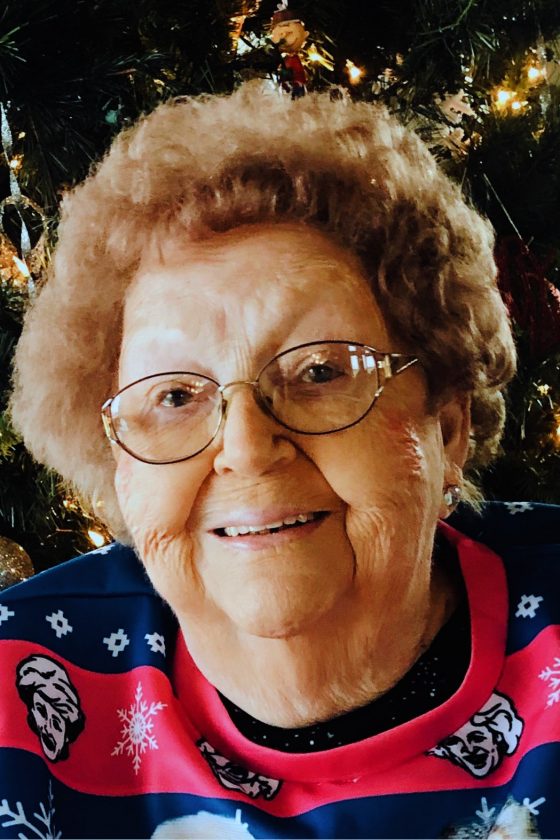 Leona Mae Mann, daughter of Earl and Mary Ann (Brennan) Mann, was born January 10, 1930 in Fort Dodge. She graduated in 1948 from Fort Dodge High School. On July 17, 1948, Leona was united in marriage to Julius Mickelson in Fort Dodge. They were blessed with 62 years of marriage. The couple farmed southeast of Duncombe until 1979 when they moved to Webster City.

She enjoyed baking and playing cards with friends. Her greatest enjoyment in life, came from her family; especially her Grandchildren.

Leona was preceded in death by her husband, Julius in 2010; her parents; brother, John Mann; sisters, Eileen Paris and Donna Abrams.

In lieu of flowers, Leona enjoyed the outdoors and a memorial bench will be purchased to be placed outside the hospital for others to sit and enjoy.