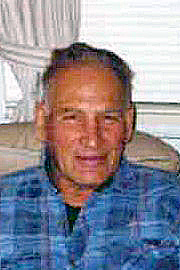 Due to state and federal guidance on gatherings due to the COVID-19 pandemic, social distancing will be required. Those in attendance are suggested to wear a mask. We encourage relatives and friends not able to attend the service to reach out to the family by leaving a message on the funeral home web site, by mail, text or phone. Clair Bentley Family, P.O. Box 614, Oelwein, Iowa 50662

Clair William Bentley was born June 18, 1934 in Fayette County, Iowa, the son of Carl William & Hilda M. (Westendorf) Bentley. Clair grew up and received his education in Fayette and Hazleton. He married Janice Eileen Merfeld in 1956. They lived in Webster City and were blessed with four children. They later divorced. Clair married Evelyn Loretta Peterman on December 23, 1977 at Zion Lutheran Church in Oelwein. They lived in Oelwein and Williams and then settled in Stratford, Iowa, where they lived for many years. Clair was a semi-truck driver. He drove a liquid petroleum truck, for Modern Farm Systems and for Van Diest Supply, all in Webster City. Clair enjoyed camping, farming, working on vehicles and spending time with his many dogs.

He was preceded in death by his parents; wife: Evelyn on February 21, 2019 and 2 sisters: Ethel Henning and Fydolis Ehrlich.