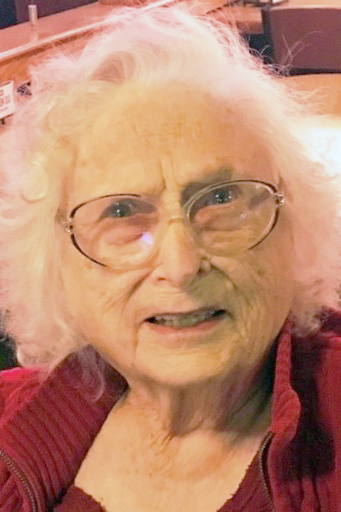 On June 10, 2020, heaven gained an earthly angel. Betty Wing, age 97, passed away at Prestige Senior Living in Manteca, CA. The family would like to thank the staff at Prestige for their compassionate care for her while she was a resident. She was preceded in death by her parents, Wray and Bade Winter; husband, Robert Wing; brother, William Winter; son, Charles Neese; son Ronald Wing; daughter, Diana Torrice; daughter, Deanna Neese; daughter, Mary Lawrence; and her first husband Lester Neese. Betty is survived by her sister, Bonnie Ingertson of Humboldt, Iowa; two children, Carolyn Purtyman (Bob); Ava Sue Neese (Daniel); special grandson who was her guardian and caretaker Franco Torrice along with his wife Tedra; daughter-in-law Connie Neese; numerous nieces and nephews; 10 grandchildren; 21 great grandchildren; and 2 great-great grandchildren. Betty was born in Webster City, Iowa on January 23, 1923. She had many fond memories of her youth being raised on her parent’s farm with her sister Bonnie and brother Bill. She started teaching in a rural school in Iowa with 8 grades. She continued teaching when she and her husband moved to Calexico, CA with their 3 children where she also taught English to Spanish speaking children. Their next move was to Livermore, CA where her elementary school teaching continued until she retired. Betty married Bob on July 3, 1970. Over the years, they farmed sugar beets, almonds and grapes. They loved traveling in their motor home to various spots in the U.S. especially back to Iowa to visit relatives. They belonged to a classic car club having several vehicles of their own. She was a lifetime Member of Eastern Star. Betty was a whiz at numbers, loved word puzzles and of course her sweets. Her enjoyment and biggest love was her family. No service is scheduled at this time. For those who wish, contributions in Betty’s memory can be made to any charity helping seniors or children.