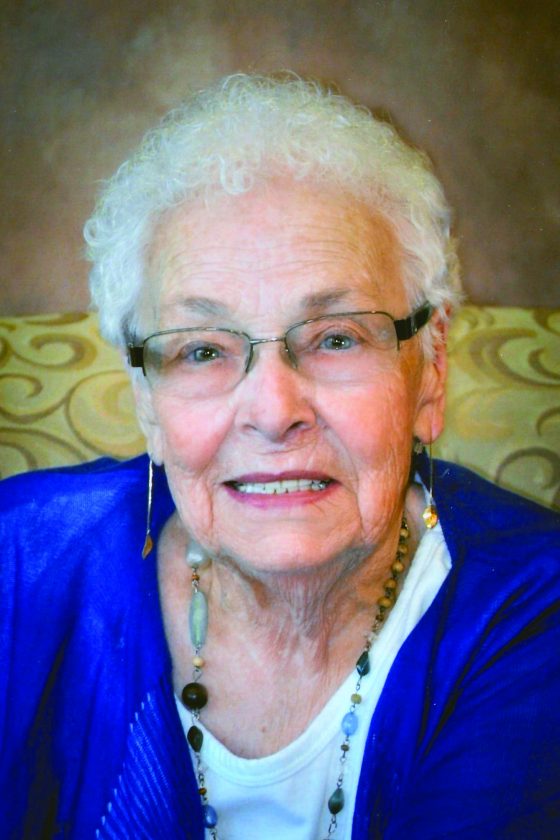 Private family graveside service for Verla Anderson were held Thursday at Junction Township Cemetery, Grand Junction, Iowa. Her grandson were casket bearers and her granddaughters were honorary bearers. Verla Jean Brobst Anderson was born December 14, 1930 at Webster City, Iowa. She was the daughter of Roy and Vera Ritchie Brobst.

Verla has lived in Grand Junction, IA since 1947 where she was the Postmaster for 25 years, retiring in 1992. She belonged to First United Methodist Church in Grand Junction and was a member of the United Methodist Women. She coordinated funeral luncheons for the church for many years. Verla was a member of the Grand Junction Business Women, Elcarim, Cimota, and Rebeka Lodge#448. Verla was an avid bowler and she was inducted into the Iowa Women’s Bowling Association Hall of Fame.

Verla Anderson passed away May 25, 2020 at Regency Park Nursing and Rehab Center in Jefferson. She was 89 years of age. She was preceded in death by her parents, a daughter, Sheryl Hoefle, two grandchildren and three great-grandchildren.

Memorials are suggested to the Grand Junction Fire and Rescue.