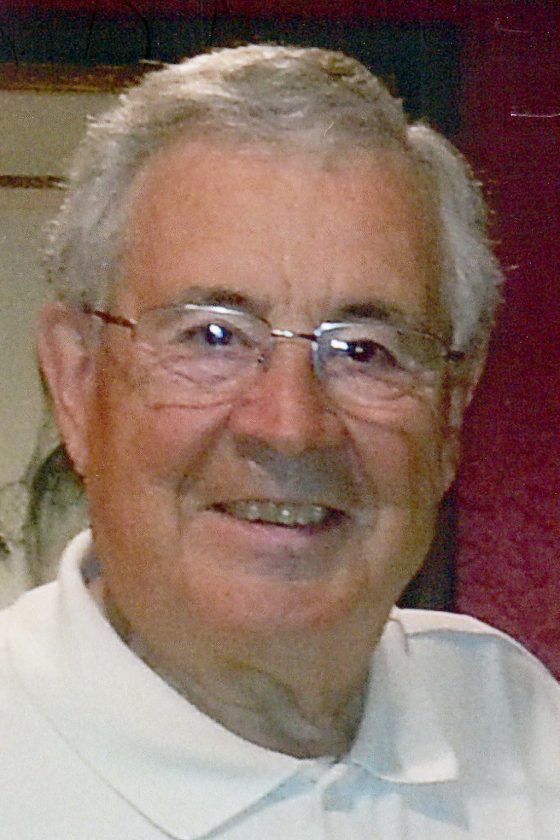 He entered the United States Air Force as an officer and attended the AF Electronics and Communications School at Scott AFB in Bellville, Ill., and was assigned to a remote Aircraft and Warning Installation in Japan during the Korean War period.

After a lengthy separation, he was reunited with his wife and daughter, Deborah. He attended graduate school at the U of I where he took advanced courses in finance.

They were blessed with their second child, Anthony, and at the age of 26, Ted realized it was time to get a real job supporting his family. In 1957, Ted accepted a financial position with the IBM Corporation in Chicago, Ill., living in Hoffman Estates. In 1966, he transferred to the IBM Headquarters office in White Plains, NY, where he held various financial positions, ending as a division controller. After 32 years with IBM, he took early retirement in 1989. He joined Siemens Corporation, in Norwalk, Connecticut in the Telecommunications Division, and in 1992, transferred to San Jose, California, where he worked as a financial consultant, specializing in contract negotiations until his retirement in 1996.

He and his wife, Beverly, moved to Tucson, AZ where they resided for 10 years, prior to relocating in Eloy, AZ in 2007. Ted was very active in his church throughout his adult life. He is a member of Trinity Lutheran Church in Casa Grande, AZ.

Memorial service is postponed until a later date.