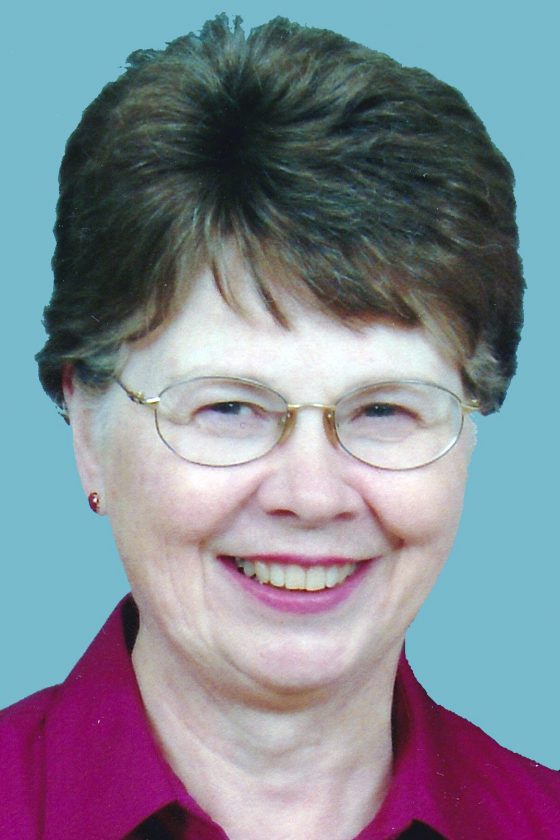 JoAnn Mellinger, 77, of Webster City Iowa died on March 9, 2020 following a long and difficult struggle with Alzheimer’s Disease. Services will be held at the Webster City Church of Christ at 1:30 PM Saturday March 14. The family will receive visitors at Boman Funeral home (www.bomanfh.com) Friday evening, March 13, from 5:00-7:00.

JoAnn was born October 31, 1942 in Webster City to Wayne and Sophie (Oakland) Neese. She always hated having a Halloween birthday. JoAnn graduated from Blairsburg High School in 1960 with a class of 12 students. After high school, she worked at Forrester’s Dairy in Webster City where she met Howard Mellinger. They were married in 1961. For several years Howard and JoAnn owned and operated Jim Dandy Printing in Webster City. Howard ran the darkroom and presses while JoAnn managed the front office. She enjoyed greeting customers and keeping the books. JoAnn was an avid reader, of mostly mystery novels, who always had a paperback in her purse. She accumulated quite a collection. The local library had a much larger than normal book sale the year Alzheimer’s robbed her of the ability to read.

JoAnn’s heart was broken when she laid her son Jeff to rest in 1988. He was only 25. She was also preceded in death by her parents and her brother Charles Neese. ALS took her husband Howard from her in 2009.

Memories of her love and devotion will be cherished by her sons Todd (Anne) and Cory, grandson Ashton, sister Jerrine Cayler, sister-in-law Marilyn Gallery, and many nieces and nephews.

The family would like to thank the caring and compassionate staff at Crestview Nursing for the loving attention they provided, especially as the end drew near.