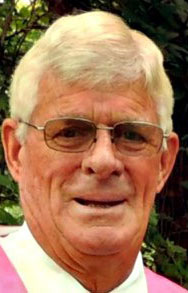 Lifelong Hamilton County resident and farmer, Donald D. Stewart, passed away February 2nd at his winter home in Apache Junction, Arizona. Don was born on February 25th, 1943, to Leona Deakman and Harry Stewart. After his father passed away, Leona married Ammon W. Crystal and raised Don as his own from the age of 6. Don graduated from Webster City High School and enlisted in the U.S. Marine Corp at the age of 17. He served 4 years in the Corp, two of those years on the U.S.S. Hancock Aircraft Carrier. After serving his country he attended Webster City Junior College for two years. He married his wife of 53 years, Ann (Anthea) Hall on November 24th, 1966. They have two children, Joel and Cassandra.

Don farmed north east of Webster City with his father and his brother Lynn Crystal until he retired in 2008. He wintered in Arizona and enjoyed the Arizona sunshine and his “camping” friends. He always had a funny story to tell and tended to get into mischief with his buddies. He was known for his quick sense of humor and friendly nature. He enjoyed maintaining the acreage, making homemade apple pies, running the combine on the Walker Farms and settling in with a good book.

He was proceeded in death by his parents, half-sister Elayne Chester, and nephews Kelly McGuire and Steve Hansen.

A Celebration of Life will be held for Don in the spring.