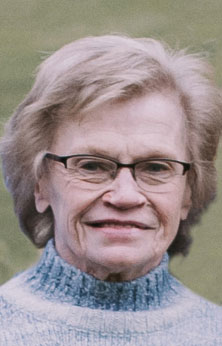 Trudy I. Helton passed away on January 21, 2020. Trudy was born on March 29, 1947 and raised on a farm outside of Webster City, Iowa where she developed many of her caretaking gifts as the oldest of seven siblings. She graduated from Webster City High School in 1965. On April 1, 1966, she married Melvin (Butch) Helton and they remained married for almost 53 years before Butch passed away in early 2019. A Celebration of Life will be held at Boman Funeral Home (www.bomanfh.com) in Webster City on Saturday, February 1 from 11 a.m. until 1 p.m. In lieu of flowers and memorial gifts, the family asks that everyone please consider a donation to organizations supporting those with Alzheimer’s/Dementia or Autism.