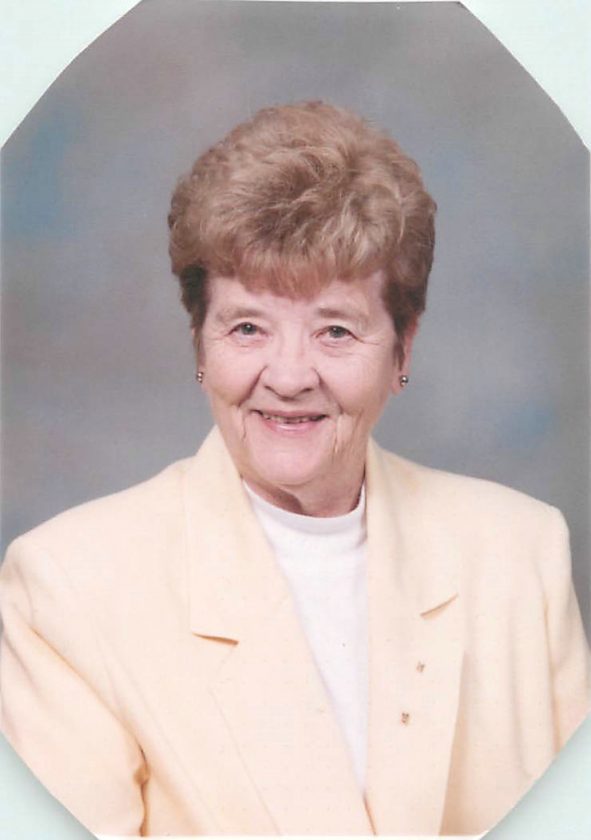 Miriam Martin, 93, of Webster City, died Saturday, November 2, 2019 at Windsor Manor. A memorial service will be held at 11:00 a.m. on Saturday, November 9, 2019, at Asbury United Methodist Church with Pastor Jeff Flagg officiating. Visitation will be held from 9:30 a.m. until the time of service at the church. Foster Funeral Home is assisting the family with arrangements.

Miriam Louise Stafford, was born on the family farm north of Blairsburg on May 25, 1926, to Ray and Gladys (Kenney) Stafford. She graduated from Blairsburg High School in 1944, then moved to Webster City and worked at Northwestern Bell Telephone Company from 1944 – 1946. On July 13, 1946, she married Harold L. Martin in Baltimore, Maryland where he was stationed with the Army. To this union four children were born including two in Stuttgart, Germany during Harold’s tour of duty. After raising her family, Miriam began work as the office manager at AASE Haugen Home in Decorah, Iowa. She retired in 1978. After Harold’s retirement, they moved to Webster City. She enjoyed playing golf, bridge and other card games with her friends and family and going to garage sales. She also was an avid reader, never missed watching The Price is Right and enjoyed Friday nights at the Links with friends. She loved live theater and went to several plays in Webster City, Des Moines, and Dallas. She fulfilled a lifelong dream of seeing a play on Broadway during a trip to New York City. She was very proud of her English heritage, being the same age as Queen Elizabeth and traveled twice to Great Britain. Miriam was a member of Asbury United Methodist Church and served on several committees.

Memorials may be left in Miriam’s memory to the Blairsburg Opera House, Blairsburg Cemetery Fund, or Webster City Community Theater.