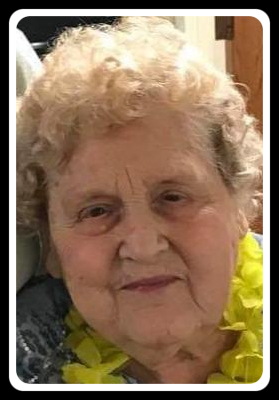 Marilyn Ruth Perin, 94, passed away on October 15, 2019, at Windsor Manor in Webster City, Iowa. She was born July 18, 1925, to Elmer and Ruth Hansmeier on the Hansmeier family farm in Waukon, Iowa. She was the oldest of 5 children. Visitation will be on Saturday, October 19, at Boman Funeral Home (www.bomanfh.com) in Webster City from 9-11 a.m., followed by an 11:30 a.m. graveside service at Graceland Cemetery in Webster City.

Marilyn graduated from nursing college in Chicago as a registered nurse in 1947. She married Glen Perin on October 15, 1949. She was a nurse for nine years in Waterloo, Iowa. After moving to Webster City, she worked at Hamilton County Public Hospital for 27 years, until she retired in 1987. Marilyn truly loved nursing; it wasn’t just what she did, it was who she was. The highlight of her nursing career was working in the OB department caring for mothers and their newborn babies. After she retired, for many years, she did in-home health care, finding happiness and fulfillment caring for those who needed her.

Marilyn was a member of the Faith United Methodist Church, which she loved, it felt like home to her. She attended regularly until her health kept her from doing so. Marilyn was a wonderful cook and was known throughout Webster City for her pies! She baked pies for many years for the birthday club and for so many others as well! Marilyn lived the past eleven years at Windsor Manor and was one of their first residents. She cared deeply for all the staff; they were so good to her!

Marilyn is survived by her three children: Jim (Mardeen) Perin, Laura (Randy) Gibson, and Dave (Beth) Perin. eleven grandchildren: Jim’s daughter Emily, Laura’s children: Megan and Ryan; and Dave’s children: Michael, Jonathan, Anna, Rebekah, Sarah, Abigail, Jacob & Matthew. She spent a lot of time with them when they were growing up and loved them more than words can say. Marilyn also has fourteen great-grandchildren, also very dear to her.