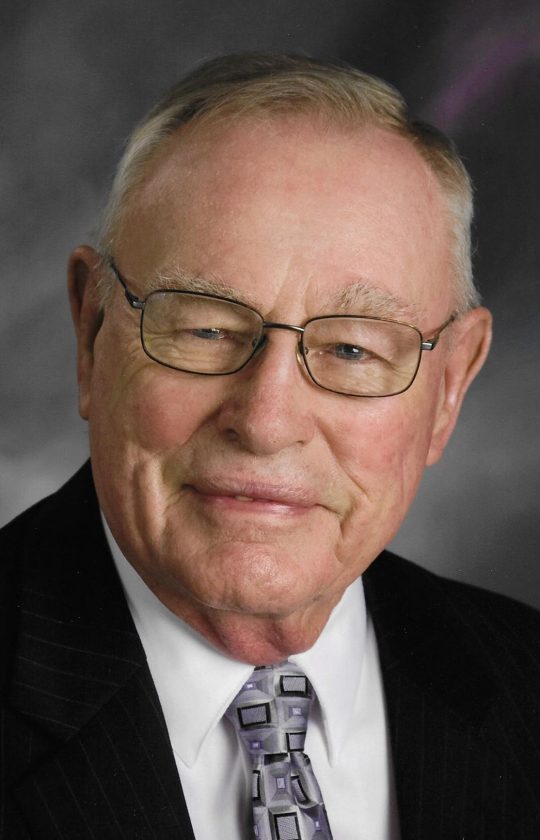 Hank was united in marriage to Betty Jean Bagenstos on August 1, 1953, in Danbury, Iowa. Hank started as teacher, coach, and principal at the Scranton, North Dakota Schools, and then Tipton Consolidated Schools before coming to Webster City Junior College (Iowa Central Community College), starting as the Dean, later serving as Assistant Superintendent, and then Vice President.

Over the years Hank was very involved in Collegiate, World and Olympic Sports. He was a part of the National Junior College Athletic Association, serving as Regional Director, Vice President, and President. He was on the Board of Directors for USA Wrestling; USA Basketball and United States Olympic Committee. He was on the NCAA Football Rules Committee, and the United States Collegiate Sports Council. Hank was a part of the World University Games, U.S. Team, as a Member, Assistant Director, Assistant Chef De Mission, and Chef De Mission, traveling to Bulgaria, Mexico City, and Yugoslavia for events. He was also a member of the Executive Committee for the United States Collegiate Sports Committee; and International Control Commission for the Federation International du Sport Universitaire in Brussels, Belgium. Hank was also part of the Taekwondo World Championships, in Mexico; the World University Games in Poland, and World University Games in New York.

Hank was an active member at Asbury United Methodist Church in Webster City, serving on many committees. He and Betty volunteered two weeks every year for ten years at UMCOR/Sager Brown. He enjoyed sports, fishing, hunting, reading, coffee with his friends, and most of all his family. He was involved in his community and served on the Airport board, and Van Diest Medical Center board.

Hank’s family included his Children: Kurt Witt, Katie (Monte) Imming and their children, Erin and Haley; Laura McMahon and her children Syd and Gabe; and Emily (Peter) Gantt; beloved sister-in-law Lorna Witt and many beloved nieces, nephews and their extended families; and the family dogs: Lulu, PeeWee, Willow, Nymeera, Boji, Poppy, Maggie, Keona, and Cindy Lou. He was preceded in death by his parents; his loving wife Betty; and brothers Jack and Eddie. Memorials will be given to the United Methodist Committee on Relief (UMCOR) Sager Brown, 131 Sager-Brown Road, Baldwin, LA 70514.