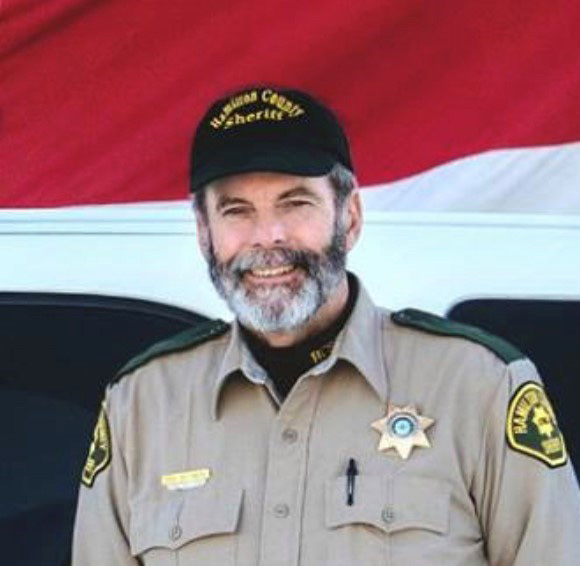 A celebration of Paul’s life will be held 10:30 a.m., Friday, September 27, 2019, at Asbury United Methodist Church in Webster City. Pastor Jeff Flagg will officiate. Visitation will be Thursday, from 4:00 to 7:00 p.m., at the Church. Inurnment will follow at Graceland Cemetery in Webster City. For online obituaries and condolences please visit: www.carsonstappfuneral home.com

Paul C. Whitmore was born on March 14, 1958, in Ames, Iowa, the son of Chester and Harriet (Comfort) Whitmore. He graduated with the Boone High School class of 1976 and later attended the Law Enforcement Academy in Johnston.

On May 17, 1980, Paul was united in marriage to Cris Irving in Webster City. They were blessed with two children, Brian and Kelly.

In his earlier years Paul worked at Northwestern Bell in Webster City. In 1982, he began his law enforcement career with the Webster City Police Department where he worked until joining the Hamilton County Sheriff’s Office in 1991. He retired as a Hamilton County Deputy Sheriff in June of 2015.

Paul was a member of Asbury United Methodist Church. He was an avid outdoorsman and enjoyed hunting, fishing, trapping, and anything outdoors. He belonged to the Boone Valley Ikes, and the Hamilton County Peace Officers Association. Most of all Paul enjoyed time spent with family, especially his grandchildren.

He was preceded in death by his sister and brother-in-law, Donale and Roger Mayne.