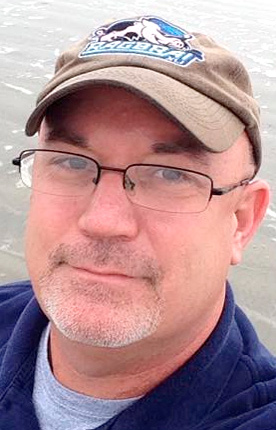 Kent Harfst, 57, of Webster City, died on Saturday, September 28, 2019, in Sioux City, Iowa. A Memorial Service will be held at 4:30 p.m. on Wednesday, October 2, 2019, at the Webster City High School Prem Sahai Auditorium. The family will receive friends and relatives after the service. The family has chosen Boman Funeral Home (www.bomanfh.com) to care for their needs.

Kent was born on May 19, 1962, to Kenneth and Kay (Swain) Harfst in Iowa Falls, Iowa. He attended Webster City Schools, graduating in 1980, and then attended Iowa Central Community College and the University of Northern Iowa, graduating with a degree in Marketing. He later earned graduate degrees from the University of Northern Iowa and Drake University. He married Rebecca Armentrout on April 6, 1991, in Webster City, Iowa.

Kent began working for the City of Webster City in 1980 while attending college. In 1985 he began his professional career and was currently serving as the Assistant City Manager and Director of Recreation and Public Grounds. During his time with the city he served as the interim City Manager three times. Kent loved Webster City and the achievements of which he was most proud includes: the Boone River Trail, the expansion at Fuller Hall and Wilson Brewer Park projects. He also served as an adjunct instructor at Iowa Central Community College in Ft. Dodge.

Kent was an avid bicyclist and participated in numerous RAGBRAI’s and long-distance bike rides. He also completed more than 100 triathlons. In his spare time, he enjoyed remodeling his family’s house that was built in the 1880’s.