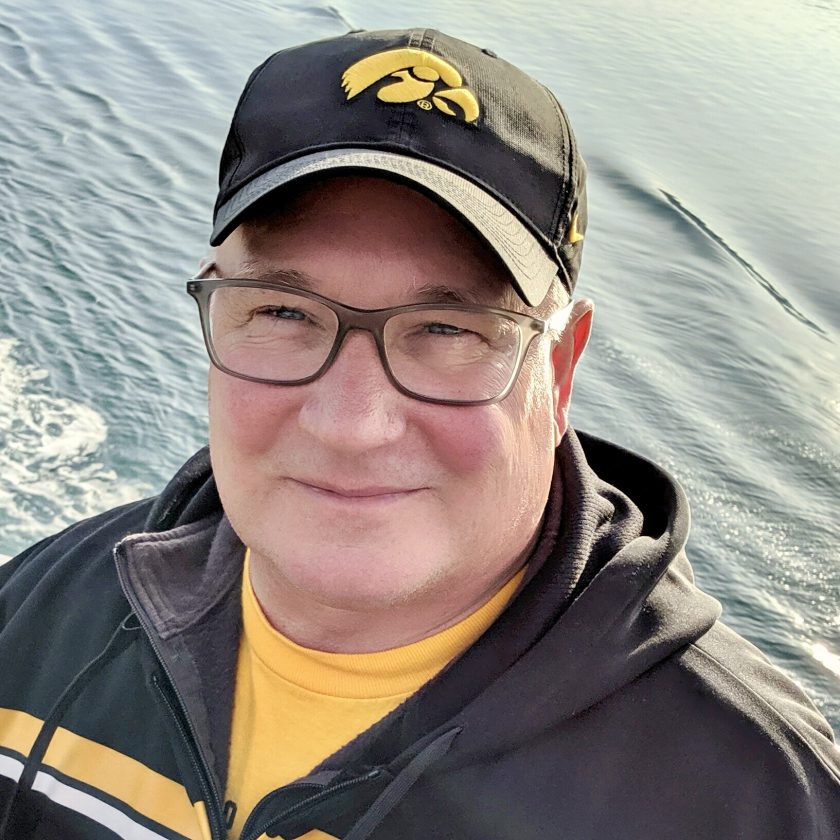 Kenneth James Cross, 59, passed away unexpectedly at home on September 8, 2019. He was born on January 24, 1960, to Duke and Pat Cross in Charles City, IA. Ken graduated from Charles City High School in 1978, and then received his Associate’s Degree in Marketing from Iowa Central Community College. He started his career as a shift manager at Hy-Vee, where he worked for 23 years, and then became a National Sales Manager for Electrolux for 16 years. The last five years, he worked as a manager at Kum & Go until he recently retired and moved to Wisconsin. No matter what he did, he could put a smile on everyone’s face and he could sell anyone anything wherever he went.

Ken married Joanne Coleman and they raised three children together: Scott (Kathy) Cross of Madison, WI; Janelle (Laura) Cross of Milwaukee, WI; and Katie (Jordan) Easton of Cedar Rapids, IA. Ken was always his kids biggest supporter and could be heard cheering them on at any sports event along the way. He continued that tradition by never missing his grandchildren’s events, no matter how big or small, and he supported them all through life.

Ken was a man of many titles. He was a proud husband, dad, grandpa, uncle, and a friend to all. He was often known for his big heart and generosity to others. He had a knack for seeing the good in people and never hesitated to help anyone out in any way. He loved all sports, especially Iowa football, and he was an avid Hawkeye fan. He thoroughly enjoyed lazy afternoons fishing and late nights playing cards. He was always the life of the party with his billowing laugh and entertaining stories. He was the greatest grillmaster and his motto was always, “two beers and it’s done!” He truly was one of the best.

Ken loved life and would want nothing more than to see everyone celebrate his life, share memories of him, and carry on his legacy. Visitation will be held at St. Thomas Aquinas Catholic Church, 624 Dubuque Street, Webster City, IA on Friday, September 13 from 5:00-7:00pm. The funeral will be at the church on Saturday, September 14 at 10:30am. Anyone wishing to send cards or memorials to: 10030 W. Fiebrantz Ave, Milwaukee, WI, 53222.