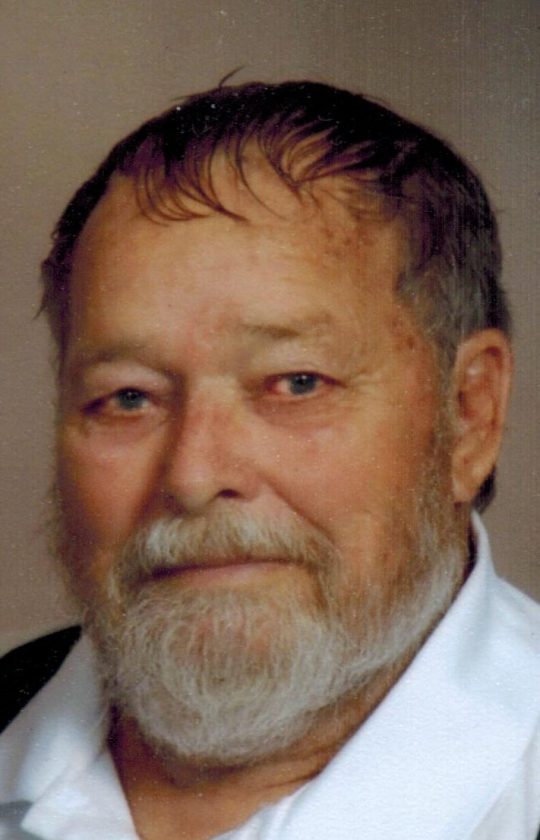 John Iver Koop, 83, passed away unexpectedly on September 5, 2019, in Springfield, Missouri, with his family at his side. His devotion to his loved ones and his firm belief in God and heaven brought him peace. John’s life will be celebrated at 11 a.m. on Saturday, September 14, 2019, at the Community Church, near Kamrar, Iowa, with burial and lunch following. Reverend Peter Mueller will officiate the service. The viewing will be held from 5-7 pm on Friday, September 13, 2019, at the Community Church. The family has chosen Boman Funeral Home (www.bomanfh.com) to care for their needs.

John Iver was born to the late Adolph and Treva (Skrovig) Koop on November 18, 1935. He lived most of his life within a mile of Kamrar, Iowa. He always introduced himself as John I. to anyone he met because his grandfather, uncle, and two cousins shared the name John Koop.

He graduated from Kamrar High School in 1953 and from Waldorf College in 1955. Following graduation from college, John joined the Army. He was stationed near the Demilitarized Zone between North and South Korea shortly after the Korean War ended.

Soon after returning to the United States, John met the love of his life, Mae Foster, at the Iowa Falls skating rink. He always said he knew she was “the one” after the first loop around the rink. John and Mae married on August 12, 1961, in Dows, Iowa.

Professionally, John was a farmer, salesman, truck driver, and business owner. He taught his daughters by example how to run businesses with honesty and integrity toward customers. In many ways, these jobs were what gave John the opportunity to fulfill his real passion-investing in the lives of others.

John loved people! He never met a stranger, only potential friends who enjoyed a little sunshine and encouragement from him. He remembered the important details of others’ lives and often asked for updates every time he saw them.

John was a member of the Community Church of Kamrar and grew up attending the First Presbyterian Church. He and Mae were youth sponsors for many years, and cherished the memories of taking the youth group to camp in Colorado each summer. He was elected to the Northeast Hamilton school board. He volunteered with the Kamrar Fire Department and has been a member of the Kamrar Lions Club for many years.

John enjoyed traveling across America, beginning with the goal to take his family to all fifty states before his daughters graduated from high school. Some of his favorite travel memories are checking off the 50th state (Alaska), getting to see Normandy in France, and taking his grandson, John, to the Calgary Stampede in Canada.

John is survived by his wife, Mae; his daughters Julie (Ron) Horner of Springfield, Missouri, and Jana Koop of Irving, Texas; his grandchildren Rachel and John Horner; his sisters Twyla Hall of Bettendorf, Iowa, and Evonne (David) Phillips of Williams, Iowa; and many nieces, nephews, cousins, and extended family. He is preceded in death by his parents and a grandson, Nehemiah Horner.

For memorials, the family has selected two options. YSS of Hamilton County serves young adults who are aging out of foster care. Donations are accepted at www.yss.org. Please select YSS of Hamilton County, tribute in memory of John Iver Koop, and specify Aftercare Program. Donations for youth group mission trips can be sent to Community Church, 2351 280th Street, Kamrar, IA 50132.