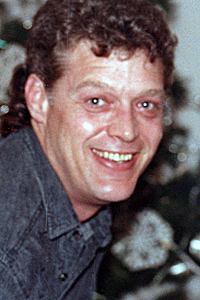 Kreg Lynn Crosby, 65 of Hiawatha left us on August 17, 2019, in the tender care of the St. Luke’s Intensive Care Staff, surrounded by loving friends and family. He will be interred at Cedar Memorial Park Cemetery next to his father, Donald H. Crosby and mother, Lora J. Crosby.

He is survived by his sister, Devora D. Crosby, his brother Douglas and Margaret Crosby, his niece, Jennifer Crosby and Aaron Tucker, and her daughter, Emma Crosby, his nephew and wife, Matthew and Melanie Crosby and their son and daughter, Dominic Santulli and Caylee P. Crosby.

Kreg was born in January of 1954 in Shepard AFB in Wichita Falls, Texas, where his father was stationed. He moved to Iowa with his mother, brother and new baby sister when his father was shipped to Okinawa. He resided in a number of Iowa municipalities over the years including Ames, Cedar Rapids, Des Moines, Holstein and Webster City, but called Webster City his home, graduating from the high school there in 1972. Athletic, he both wrestled and played football.

Graduating DMAC with an AS in welding technologies he resided most of his life in Cedar Rapids with a brief interruption for a tour with the US Navy. Most recently employed by JLL America as a facility supervisor for the Honeywell building in downtown Cedar Rapids, he was looking forward to retiring when he turned 66 in January.

Krieg’s biggest joy were working on his home in Hiawatha and riding his motorcycle. He was especially fond of touring up the road to Center Point to his favorite spot for tenderloins, one of his favorite culinary treats along with hot dogs and breakfast biscuits. Kreg was a genuinely friendly person who enjoyed chatting with people where he banked and ate out. It didn’t take long before they would all know his name.

He will be remembered as a kind, gentle man who was generous with his time. He will be sorely missed by all of us who knew and loved him. Please leave a message or tribute to the Crosby family on our webpage, www.cedarmemorial.com under Obituaries.