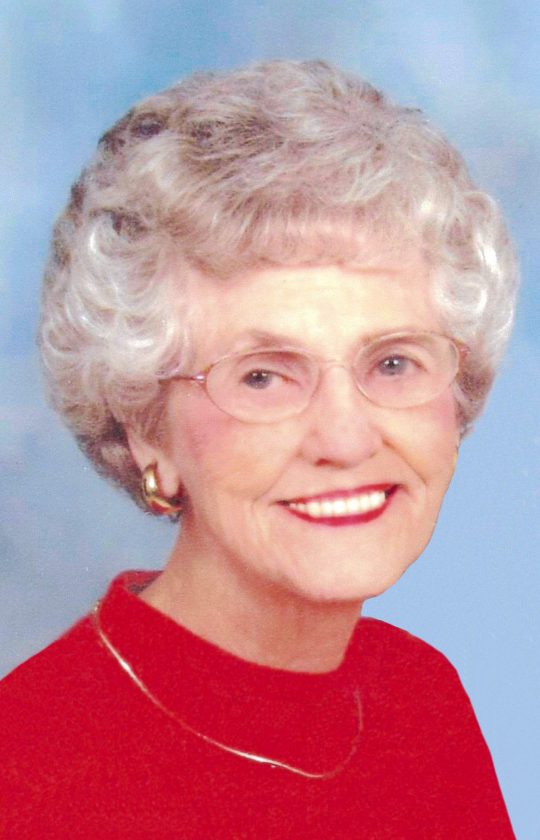 Audrey Ann Eslick, 87, of Webster City, died Sunday, July 7, 2019, at Van Diest Medical Center. Funeral services will be held at 10:30 a.m., on Friday, July 12, 2019, at Church of Christ with Pastors Chad Halbach and Ray Artrip officiating. Burial will be in Graceland Cemetery. Visitation will be 5 to 7 p.m. on Thursday at Foster Funeral and Cremation.

Audrey Ann Arends was born August 11, 1931, on the farm southeast of Kamrar, the daughter of Jans Arends and Vina Greenfield. She attended a one room country school through the 8th grade, then attended and graduated from Kamrar High School in 1948. Audrey was proud to be a player on the Kamrar 1948 basketball team that won the Iowa High School Girls Basketball Championship. On October 26th, 1951 Audrey and Daryl Eslick were married at the Little Brown Church, in Nashua. They lived in Webster City their entire married life.

Audrey was preceded in death by her parents; brothers, Gary Arends and Ken Arends.

Audrey was a member of the Church of Christ in Webster City, active in women’s ministries, and she served as Sunday School Secretary for 42 years. Audrey was a wonderful passionate wife, mother, grandmother, great-grandmother, and friend; Audrey supported her children and grandchildren in every phase of their lives, she enjoyed so much being in the stands of their sports events and other activities. She was an avid Bridge player and a member of the Webster City Women’s Club. She will be greatly missed by her family and many friends.

For those who would like to leave a lasting tribute to Audrey’s life, memorials may be given to The Church of Christ, Webster City or another charity of your choice.