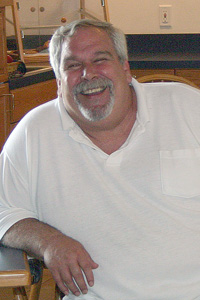 Jim Meade, of Webster City, died Saturday, June 22, 2019. A Mass of Christian Burial will be held at 10:30 a.m. on Tuesday, June 25, 2019 at St. Thomas Aquinas Catholic Church with Rev. Stephen Meyer, officiating. Recitation of the Rosary will be at 9:30 a.m. at the church. Private burial will be held at Calvary Cemetery.

A “jack of all trades” and “master of many”. Jim was always ready to help family and friends to fix a problem or finish a project.

Jim worked for several years for Block Oil company and then Meade insurance services and the bulk of his professional life in ownership of Gold Key Realty, all in Webster City. He will be greatly missed by his family and friends. Memorials may be made to Saint Thomas Aquinas Catholic school or the American Cancer Society.