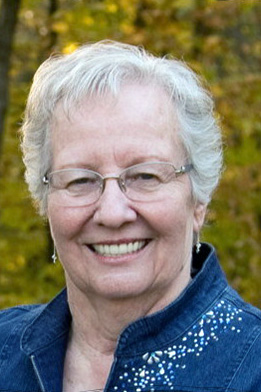 Delores Ruth Tuttle, 79, of Webster City, died on Wednesday, June 19th, 2019. The family will receive friends and relatives on Thursday, June 27, 2019, at Trinity Lutheran Church in Webster City from 9:30 – 10:45 AM followed by a memorial service at 11:00 AM. The family has chosen Boman Funeral Home (www.bomanfh.com) to care for their needs.

She was born on November 7, 1939, to Howard and Ruth (Cummings) Johnson, in Minneapolis, Minnesota. She grew up in Minneapolis graduating from Washburn High School. Delores met Don Tuttle when she was 16 years old and he was 17. Don proposed to her when he was home on leave from the U.S. Army at Christmas in 1957. They were married on November 29, 1958.

When she was growing up Delores’ family was active in the Masonic Order and she was a longtime member of the Eastern Star. She was a member of the Trinity Lutheran Church in Webster City.

Delores had a love for music and could play both the piano and accordion. She also enjoyed sewing. She worked as a bookkeeper and was very exact and meticulous with numbers her main focus was always raising children, whether her own or the children in daycare. Delores will be remembered as a faithful friend and a servant of God.

She was preceded in death by her parents.