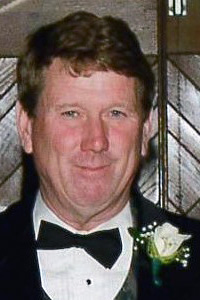 Daniel (Dan) Robert Nilles, 64, rural Webster City, passed away Thursday, June 13, 2019, at Crestview Nursing and Rehabilitation in Webster City. Mass of Christian Burial will be held at 10:30 a.m. Friday, June 21, at St. Thomas Aquinas Catholic Church in Webster City. Burial will follow at Calvary Cemetery. Visitation will be Thursday, June, 20, at Foster Funeral Home, with a scripture service at 5 p.m. and recitation of the Rosary at approximately 7:15 p.m.

Daniel Robert Nilles, the son of Robert and Monica (Crawford) Nilles, was born June 26, 1954, at Webster City. A 1972 graduate of Webster City High School, he earned a Bachelor of Science degree in Farm Operations from Iowa State University in 1976. While at ISU, he resided at Alumni Hall, where he made a multitude of life-long friends.

For most of his life, Dan farmed with his dad and brother. He also enjoyed working off the farm. Over the years, he was employed at the Central Iowa Stockyards, Grant Anderson Seed, Shoppers Supply, Lampert’s, Land O’Lakes Answer Farm, and Van Diest Supply Co.

On Dec. 3, 1994, he married Yvonne McCormick at Webster City. The couple enjoyed gardening and the county and state fairs. They later divorced, but remained close.

He was preceded in death by: his father, Robert Nilles; his grandparents; two uncles, and one cousin.

Dan was a member of St. Thomas Aquinas Catholic Church, the Knights of Columbus, Webster City Jaycees, and served on the Iowa State University Hamilton County Extension Council. The family wishes to thank the many friends from Webster City, Iowa State, and far beyond, who have journeyed with him in this world and will cherish his memory unto the next.