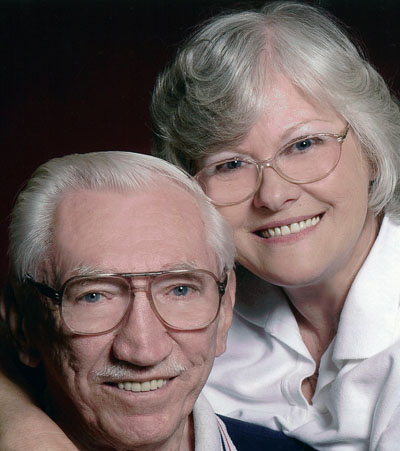 Loretta Carlson, 68, of Fort Dodge, died, Friday, April 12, 2019 at Southfield Wellness Community. Charles Carlson, 89, of Fort Dodge, died Saturday, April 20, 2019 at Southfield Wellness Community Memorial services for the couple will be held on Saturday, April 27, 2019 at 11:00 a.m. at Foster Funeral and Cremation Center in Webster City with Reverend Thomas Schlund, officiating. Visitation will be held one hour prior to the service on Saturday at the funeral home.

Charles Carlson, son of Everett and Millie Stanek Carlson, was born March 3, 1930 in Webster County. He attended the Iowa School for the Deaf in Council Bluffs. Charles married Marcia Terwilliger on November 17, 1956. She proceeded him in death on October 24, 2002. He had worked at Avco New Idea Division of Fort Dodge manufacturing farm machinery.

Loretta Olson, daughter of Martin and Myrtle Hobbs Olson, was born July 5, 1950 in Iowa City. She was a 1968 graduate of the Iowa School for the Deaf in Council Bluffs. She had worked at the Ellsworth Turkey Plant and Louis Rich in West Liberty.

The family would like to express their thanks to the loving Southfield nurses, CNA’s, staff and residents, Unity Point Hospice, Dr. Ehn, Penny Osborn and Dr. Wallace for all the care and compassion shown to Charles and Loretta in this difficult time.

A memorial fund has been established at the funeral home in memory of Charles and Loretta.