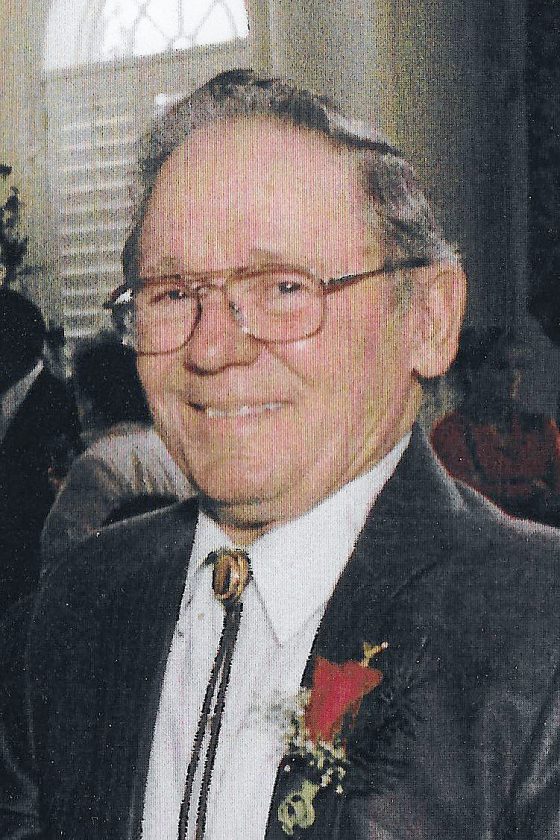 Delroy Neubauer, 88, of Williams, passed away Monday, April 22, 2019 at the Paula J. Baber Hospice Home in Fort Dodge. Funeral services will be 11:00 AM Monday, April 29, 2019 at the Trinity Lutheran Church in Webster City. Burial will be at the Alden Cemetery. Visitation will be from 5-7 PM on Sunday, April 28 at the church. Woodley Funeral Home, LLC of Iowa Falls is caring for Delroy and his family.

Lewis Delroy Neubauer was born on September 19, 1930 in Donna, Texas, son of Lewis Marion and Ruby Matilda Arms Neubauer. He graduated from high school in Mission, Texas. He was employed by Tom Overstreet’s Grocery and saved his earnings for a car. After graduation, he moved to Iowa to live with his dad on the farm. Delroy began farming with his Dad and continued farming in the Williams area for the rest of his working life.

He married Virginia Eleanor Cooper on July 3, 1949 and to this union six children were born.

Delroy loved country music, purchased a guitar, and eventually played in and later led a band. The band was quite popular, and they spent many weekend nights entertaining people in many different venues.

In February of 1982, he was united in marriage to Annette Isbel. Delroy and Annette spent most of their winters in Texas. Delroy loved to fish and they spent at least two weeks in Canada, fishing for many years. They made many friends in Texas and Canada and have many happy memories.

Annette learned the skill of glass and Delroy became addicted to it also. They made shades for lamps, pieces to hang in the window, clocks and many others.

Labor Day weekend was a time that the family got together for many years. Delroy loved visiting with his children, grandchildren and great grandchildren. You could even find him with a book in his hands and a child or two in his lap.