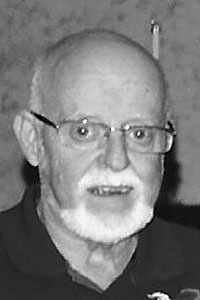 He was born February 25, 1948 in Fort Dodge, Iowa, the son of the late Richard E. and Mary A. (Lumsden) Riley. He was united in marriage on May 11, 1988 in Eureka Springs, Arkansas to Shirley Ann Cotta. He was also preceded in death by a daughter, Kira Riley.

Larry retired as a deli specialist after twenty-eight years with Associated Wholesale Grocers in Springfield. He was born and raised in north central Iowa and enjoyed reading and woodworking.

Funeral services will be held at 11:00 am Friday, March 29, 2019 at J.D. Lee and Sons Funeral Home, Rogersville. Burial will follow at Hopedale Cemetery, Ozark.

Online condolences may be made at www.jdleeandsons.com.