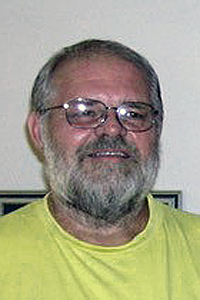 It is with great sadness that the family of Howard Karl Claude announces his passing at Humboldt Care Center North on Saturday, December 29, 2018, at the age of 68 years.

Howard was born on May 25, 1950 in Webster City to Karl W. Claude and Patricia M. (Miller) Claude of Woolstock, Iowa. Howard graduated from the Webster City schools where he competed in football and wrestling. He attended a year of vocational school before starting farming in the Woolstock area at the age of 20. In addition to farming Howard started driving for Smithway Trucking and drove for over 30 years. He logged over a million miles without an accident receiving multiple awards for safety. His hobbies included stock car racing and he competed often at Hamilton County Speedway.

A private family burial is being planned for a later date. Memorial donations in memory of Howard may be made to the Alzheimer’s Association, 225 N. Michigan Ave., Fl. 17, Chicago, IL 60601.