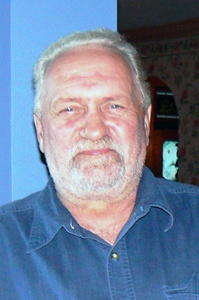 A service honoring Kevin’s life will be 2:00 p.m. Tuesday, December 4, at the Duncombe Community Center. Arrangements have been entrusted to Gunderson Funeral Home & Cremation Services. Memorials may be directed to the discretion of the family.

Kevin Kenneth Bige was born October 7, 1955, in Webster City. He attended Webster City schools. On June 24, 1995, Kevin was united in marriage to Carla Olsen at Dolliver Park. In 1973, Kevin began working for Scrap Processors in Webster City, where he was employed for 37 years. He was disabled in 2010, due to a crane accident, and in 2014 sustained a massive stroke while visiting Hawaii.

Kevin enjoyed working on motorcycles and antique tractors. He could repair any mechanical item. He spent time crafting metal work and made different type of knives, swords and wind chimes. Kevin also enjoyed spending time on his farm and rebuilding his century old barn.